The Power of Exclusion

When I’m teaching, I often receive feedback from people that they are outraged by this or that passage in the Torah. “Why do we keep this?” people ask. Or: “We should cancel this verse.” I can, and sometimes do, respond that in our tradition – as in Islam and Christianity – we do not simply “change” the Bible. We can adjust a translation or shift an emphasis or pursue an apologia, but excising a verse? Not so much. A more satisfying response, however, is to acknowledge these difficult passages as evidence of dilemmas, not only in our Jewish tradition but in human societies more generally. Often they point to challenges that have existed for millenia and still bedevil us. As such, they can serve to open up conversations about contemporary injustices that resonate with ancient dilemmas and allow us to think about addressing them more equitably and compassionately.

One such ancient dilemma is that of exclusion based on identity. In one of its contemporary manifestations, the power of exclusion has taken the form of a tidal wave of new laws and regulations that criminalize gender-affirming medical treatment for transgender children and, in Texas (although the regulation has been temporarily enjoined in court), to force the “the state’s Department of Family and Protective Services… to consider medically accepted treatments for transgender youth – including hormones and puberty-suppressing drugs – as abuse” and to open investigations into families with transgender children. In these cases, the state is openly excluding people from raising transgender children, presenting such parents the cruel choice of either not providing their children with medical care and thus putting their children’s lives at risk of suicide, or leaving the state, which is clearly not an option for most families.

How might the Torah open a discussion into such a contemporary dilemma? By raising up the story of a man whose identity excludes him from any of the arbitrary categories that the Israelite community recognized:

There came out among the Israelites a man whose mother was Israelite and whose father was Egyptian. And a fight broke out in the camp between that half-Israelite and a certain Israelite. The son of the Israelite woman pronounced the Name in blasphemy, and he was brought to Moses – now his mother’s name was Shelomith daughter of Dibri of the tribe of Dan. He was placed in custody, until the decision of YHWH should be made clear to them. And YHWH spoke to Moses, saying: Take the blasphemer outside the camp; and let all who were within hearing lay their hands upon his head, and let the community leadership stone him. (Lev. 24:10-14)

As the son of an Israelite woman and an Egyptian man, ben-Shelomith (as we might call him) cannot claim membership in any of the patriarchal tribes. As such, he is an examplar of the various “strangers” present in the Torah and by implication in the earliest stages of Israelite society. The Torah does not specify his motivation for cursing God, but the emphasis on his mixed parentage suggests that his identity played a role in his ultimate fate: being removed from the camp and stoned for blasphemy.

Characteristically, the rabbis of our tradition try to put some meat on these narrative bones: Where did he come out from? What was the fight about? Why would he curse God? One midrash offers compelling answers to these questions:

The quarrel arose from his parentage. He went to pitch his tent with the tribe of Dan. They said to him: Why do you think you can pitch your tent with us? He responded: I emerged from the daughters of Dan. They said to him: It is written that “The Israelites shall camp each man with his standard, under the banners of their father’s house” (Numbers 2:2), and not their mother’s house. He entered Moses’s Beit Din (court) and he came out m’chuyav (having lost his suit). Therefore he arose and cursed God (Leviticus Rabbah 32:3).

As the paraphrase offered in the Plaut Commentary puts it (2006 edition, p. 845), he “found himself without any regular place in the camp.” He was excluded, rejected, literally not accepted as a member of the tribe, even though in another place the midrash identifies him as a convert to Judaism who was present at Sinai (see Rashi on Lev. 24:10-11).

The pathos of this story is overwhelming, and it resonates with so many stories of rejection and exclusion based on arbitrary and rigid categories, whether based on parentage, gender expression, or caste, that societies (including Jewish communities) construct to make sense of the world and to set boundaries for themselves. As a convert to Judaism myself, I am all too familiar with this feeling: although I no longer “belong” in the faith tradition of my youth and have been a rabbi for more than a decade, I still find myself excluded by certain Jews, religious and secular alike. My pain and frustration are real but usually fleeting, not least of all because many Jewish communities across the religious spectrum have adopted a more welcoming stance towards Jews by choice and, in many places, towards people who have a single Jewish parent (although that remains controversial in some places, even for people with a Jewish mother).

The members of the tribe of Dan did not adopt a welcoming stance, which ultimately led to the death of ben-Shelomith. His reaction to the verdict of the Beit Din echoes the suggestion Job’s wife makes at the height of his suffering: “Blaspheme God and die” (Job 2:9).

Sadly, there is an analogous response in transgender youth, in the form of suicide or other self-harm, when these young people feel rejected by their families and by society at large. Too often, there is no place for them or their families in the camp and there are too few places where they feel welcome. We must push back against efforts to exclude them and instead find ways to welcome people into our communities, accommodating them by modifying boundaries in ways that allow everyone to feel safe. I like to think that the rabbis, in constructing a story for ben-Shlomith and making a point of his conversion and presence at Sinai, were welcoming him, albeit posthumously. May we work to find ways for transgender people to belong in the camp while they are still alive.

A graduate of the Rabbinical School of Hebrew College, Rabbi Jim Morgan’s primary role is Community Rabbi and Chaplain at Center Communities of Brookline, a Supportive Housing Community of Hebrew SeniorLife. In addition, he serves as the Russian-speaking chaplain at Hebrew Rehabilitation Center in Roslindale. Finally, he is Rabbinic Advisor for the Worship and Study Minyan at Harvard Hillel in Cambridge, a pluralistic, lay-led congregation that serves the university and the larger community.

May 4, 2022
Together or Apart? Rebuilding Holy Community Across Space
Next Post

May 16, 2022 The Power of Perspective
Recent Comments
0 | Leave a Comment
Browse Our Archives
Related posts from Seventy Faces of Torah

Jewish
The Power of Perspective
Seventy Faces of Torah

Jewish
Together or Apart? Rebuilding Holy Community Across Space
Seventy Faces of Torah 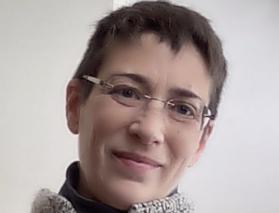 Jewish
Achron shel Pesach | At the End of...
Seventy Faces of Torah
TRENDING AT PATHEOS Jewish