Got Religion? A Q&A with Naomi Schaefer Riley 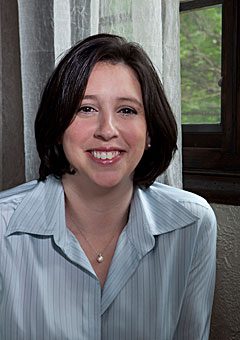 “If you have been reading the surveys and looking around at your own congregation and thinking that the average age of the people in the pews seems to be creeping up, Got Religion? will help sort out some of the data, but it will also provide some suggestions for ways that other congregations of various religious stripes are dealing with this challenge.” — Naomi Schaefer Riley, author, Got Religion?

The 2012 Pew Forum study proclaiming that fully a third of American adults under the age of 30 claimed no religious affiliation (compared with only 9% of adults 65 and over), while shocking to many, affirmed what most religious leaders had been well acquainted with for years: Young people were drifting away from the church during their teenage years, and more and more, not coming back. In her new book, Got Religion? How Churches, Mosques and Synagogues Can Bring Young People Back, journalist Naomi Schaefer Riley agrees that leaders should be concerned, but suggests that they not be defeated, as she investigates a handful of faith communities across the country where young people are quite present and engaged.

Riley spoke with us about her new book and what the church/synagogue/mosque can do to better attract young people back to the pews.

Whom did you write the book for, and what are its main messages?

On a most basic level, this book is written for anyone who has been concerned about the phenomenon of the “nones.” If you have been reading the surveys and looking around at your own congregation and thinking that the average age of the people in the pews seems to be creeping up, Got Religion? will help sort out some of the data, but it will also provide some suggestions for ways that other congregations of various religious stripes are dealing with this challenge. I think religious and lay leaders as well as the parents and grandparents of millennials will learn a lot about this generation’s view of faith from this book. Looking at the big picture, I would say that there is definitely cause for concern about this generation’s religious practices. They are marrying later–the average age of first marriage for women is 27 and for men it’s 29. And marriage has traditionally been the cue for people to come back to church. But they are spending so many years away, they are out of the habit of faiths and may not come back at all.

What surprised you most about the findings of this project?

The ways that leaders of different faiths all seemed to be describing the problem in the same way, often using the same language. And yet few of these leaders seemed aware that other faiths were facing the same challenges. I think we all tend to live in our own religious bubbles and don’t always see the larger trends. Or we assume that the factors that are drawing our young people away from faith are somehow unique. America is a religiously diverse nation, but the cultural factors acting on religious organizations are the same.

There are both similarities and differences among the approaches taken by religious groups to the problem of keeping young adults involved and engaged. Are communities learning from each other? Did you find examples of leaders borrowing practices that might be applicable to more than one faith tradition?

The idea behind the book is that while the tenets of their theologies may be different, there are certain structural changes that congregations of all backgrounds can undertake. For instance, one pastor in the book told me that he “fired his wife.” She had been running the women’s ministry at their church for almost two decades. He suggested that it might be time for her to step aside and invite a younger person to take on that role. Sometimes congregants become territorial if they have been acting in a certain role for a long time. Religious leaders need to make sure that they are giving young adults responsibilities. Many congregations have found that if they start treating 20-somethings like adults, they will start acting like adults.

The chapter on Muslims seemed especially bleak. Did you encounter Muslim young adults who felt that their mosque addressed their needs?

The group that I profiled in the book, the Los-Angeles based MECA (Muslims Establishing Communities in America) is trying to figure out a way to bring young Muslims into the fold even when many of them feel uncomfortable in mosques. Many of these institutions have a very old-world feel. No part of the service is in English. Sexes are segregated. Many of them are welcoming only to people of a particular ethnicity. The religious leaders don’t really engage congregants intellectually. MECA is a diverse community of Muslims from a variety of backgrounds who really want to engage with sacred texts–not just memorize passages. MECA usually meets in someone’s home or they do service work or social activities outside the mosque. Most of the people I met were born in the U.S. or came here when they were quite young and they’re trying to devise a way to be American Muslims. It’s challenging but I don’t think it’s impossible. Still, there don’t seem to be many leaders in the community who are ready to tackle this issue.

You note in your conclusion that technology does not appear to be a relevant factor in keeping young adults active and engaged in religious communities. Could it be that the older community leaders have not yet figured out how to use technology (including social media) in a way that connects with young adults?

I don’t think the problem is that older people aren’t hip enough to the latest technological innovations. Young people I interviewed expected a basic level of technological literacy from their religious institutions. A Facebook page, maybe some tweets about upcoming events, a website that was up to date. But for the most part young adults used social media as a way of meeting people in person. They like posting their whereabouts and then running into people they know at the coffee shop or a bar or a party. They are not looking for community online. They are looking for connections to real live people.

We often associate the young adult demographic with technological innovation — the start-up culture. Yet the start-up mentality seems not to have penetrated the world of faith communities. Groups of young adults are designing apps, creating products, solving problems — why not apply the same disruptive mentality to the experience of church?

I think some people are applying that mentality. Many “church plants” seem to arise from a desire to do things better, to do things differently from traditional institutions. But religious institutions are institutions. Like colleges and universities, they have long histories. This can be both a strength and a weakness. The strength is that these institutions have great stores of wisdom, wonderful traditions and a kind of permanence that many young adults do not have in any other part of their lives. The weakness is they cannot turn on a dime. They cannot adapt quickly to the demographic and cultural changes that young adults are presenting them with.

You found a “sense of desperation” among the dozens of religious leaders you interviewed; “nothing seems to be working.” Is the battle already lost? Given limited resources, should leaders admit defeat and focus on children and adolescents instead?

I don’t think the battle is lost. And I think focusing on children is exactly the wrong approach. For too long religious leaders have been complicit in the commonly held American view that religion is for children. There are probably many ways to improve religious education for children. But the fact of the matter is that if you care about keeping people in the fold, cutting them loose at 18 or 13 or 12 won’t do. In researching my last book, which was on interfaith marriage, I found that people’s childhood religious experiences had almost no statistical effect on whether they married someone outside their religious communities. The older they were when they married, the more likely they were to marry out. In other words, it’s those years of emerging adulthood that really mattered for passing religious belief and habit on to future generations.

Of all the ways religious leaders are trying to reach young adults, which do you think are the most promising?

This generation has the lowest rate of car ownership of any generation since automobiles first became popular. It’s not just for economic or environmental reasons either. This generation likes to be in walking distance to everything. They like the concept of neighborhood. It may seem old fashioned, but the religious institutions that put down roots in a neighborhood, that say they will serve a particular neighborhood, will stand a better chance of attracting this generation.

On a related note, I think that the religious programs that encourage young adults to live with other members of the faith after college have had some success as well. One thing that young adults really don’t like doing is attending a new religious institution on their own. They’re self-conscious and everyone around them is middle-aged. Going with friends helps. But in the case of the ACE program (which sends college grads out to teach in underserved Catholic schools) and in the case of Moishe Houses (in which Jewish 20-somethings agree to host Jewish events in return for subsidized housing) it is easy to see how living “in community” with others of the same faith helps them form habits of faith in their own homes that will carry them into later adulthood.

What’s the single most important lesson from your study that religious leaders should be aware of?

I go back to the notion that if you treat emerging adults as adults, they will act like adults. I visited a couple of Young Single Adult wards of the Mormon church–one in Utah and one in New York City. With the exception of the bishop, every job in the church is held by someone under the age 30. Even though many of these young are not fully employed or they live with their parents or they play video games, the church has decided that they are perfectly capable of teaching religious school or keeping track of tithing. And the young people themselves say that when they hold these positions of responsibility, they come to see themselves in a different, more mature light. 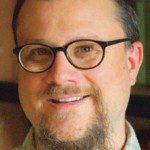 May 29, 2014
In Praise of Slowness: A Q&A with Slow Church authors Chris Smith and John Pattison
Next Post 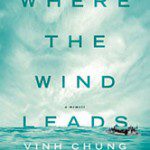 June 2, 2014 Vinh Chung’s "Where the Wind Leads": A Review
Browse Our Archives
Related posts from Take and Read