Like most of my writing, this is only my opinion.  I don’t expect anyone to take what I say at face value.  I hope they will do their own research and come to their own conclusions.  I’m not trying to convert anyone; I just hope my thoughts will inspire others to have thoughts of their own.

With that said, I have come to understand that there are no spirit beings like we think of as demons.  I also do not believe in a literal devil or Satan except for the very real adversary in our own ego self.  We very much can be our own worst enemy and we also must deal with shadow issues within us; and other people and their issues affect us.  But it’s not a demon sabotaging us—very often it is ourselves.  The trouble is we are just beginning to understand these things.

So, why do we create demons?  Why have we always needed an adversary?

Creating demons, whether they are another country or a group of people or just the guy we can’t stand at work, demonizing them helps us assign responsibility.  If we can say about someone, It’s their fault, then we avoid some responsibility and create some answers in our own mind.  We say to ourselves, if it wasn’t for them, we could achieve whatever we are trying to do.  Then, after assigning blame, we usually retreat to a level of avoidance of situations that trouble us.  For Christians this is problematic because suffering it is built into their understanding of the Way.

We do similar things with political adversaries.  Some of the ugliest language I hear on social media comes from Christians that put politics in the driver’s seat.  I have heard people who are usually reasonable talk of wanting to hunt liberals, and in other cases, just seriously demean and condemn other human beings because they differ politically.  This originates from an idea that electing the right political representative is more important that anything else including civility, otherwise know as kindness, love and several other virtues and fruits of the Christian faith.

None of us like to admit that we have racial adversaries, but I notice that people sometimes lump all people of another race into the same behavioral groups.  Currently, it is popular to lump all protestors into the small group that looted or destroyed property.  Other bad behavior is corporately assigned to everyone that belongs to that group.  I have participated in several demonstrations and marches and never saw an ounce of anything but civility.  Dehumanizing the other group eventually gives way to permission to do things like kill or enslave them.  This would seem extreme if it didn’t happen in our recent past.

I suppose that humans have always resorted to demonizing and otherizing the people around them.  It removes the responsibility of persistence, suffering and understanding and replaces them with judgement and punishment and retribution.  If we demonize others or imagine there is a demon out there, we make excuses for our own actions and our reactions to things we don’t understand.

Our only responsible way forward is to begin to avoid blaming something outside ourselves and take responsibility for own recovery and our own actions.  This, of course, is hard work and will require us to learn and grow, but it also is the way to our healing.

August 9, 2020 Spiritual Bypassing
Recent Comments
3 Comments | Leave a Comment
Browse Our Archives
get the latest from
The Desert Sanctuary
Sign up for our newsletter
POPULAR AT PATHEOS Progressive Christian
1 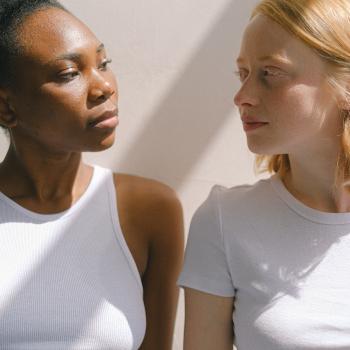 Progressive Christian
There is No Them
The Desert Sanctuary 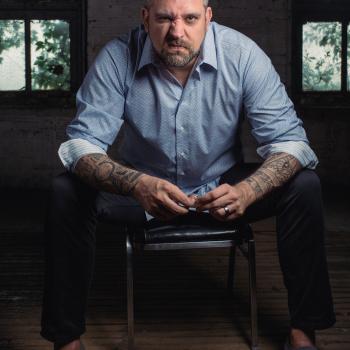 Progressive Christian
What is Wrong with Christians
The Desert Sanctuary 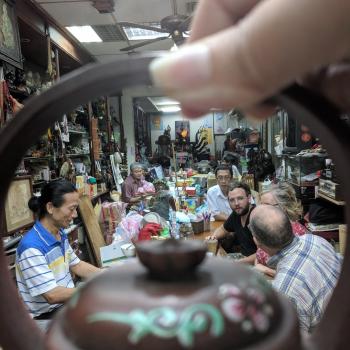 Progressive Christian
A Poem - The Tea Shop
The Desert Sanctuary 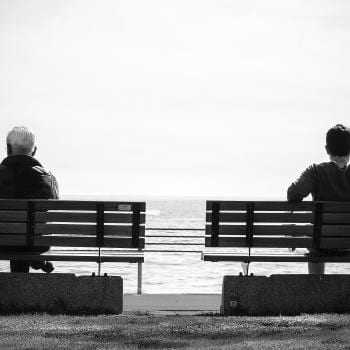 Donald Trump And The Exorcism Of White America
Trump and his supporters believe that he is a scapegoat. In their...
view all Progressive Christian blogs
What Are Your Thoughts?leave a comment