Would Jesus Go to Church?

(An excerpt from our book, Out into the Desert)

When we decided not to go to church anymore, we didn’t really know whether it was a permanent decision or just what we would be doing for a time. It probably depends upon which one of us you talk to and what day it is. One thing is for sure, we need some time to heal up from being in church consistently for about 25 years.

The pain is real; it doesn’t matter that there are problems in every church. It does matter that, since we left church, we’ve felt more shaming than actual concern for us. We are not imagining things, it’s painful!

Recently, we went to a café in Auburn, Nebraska for brunch on Sunday. We had a nice, casual discussion. We really didn’t think about church much at all. I have personally experienced a gradual relaxation coming over me the longer we have been “skipping” church.

The only exception was that I was accused of bashing the church when I tried to discuss some of these things openly on Facebook. One fella thought I was trying to get attention. If he only knew how wrong he was about that. What I long for is for the church to address itself to the 21st century and figure out how we can actually help people that have been injured by life, and also by the church.

I am thankful that, along with the challenging situations, we have also experienced some very encouraging and life-giving situations like we did on this recent Sunday.

This little café was terribly busy! The other options in town are pizza, Mexican, Chinese and barbecue (not particularly good brunch options). This place was well equipped and smelled like breakfast. I ordered pancakes and breakfast potatoes and anticipated their arrival. About that time, I noticed a guy that looked a little like Santa Claus. He introduced himself to a couple of people and then sat down with another couple. It made me think of the books where John the Apostle, or even Jesus himself, makes an appearance in modern day America and teaches some valuable lessons to an unsuspecting malcontent.

As I mentioned, I have been having discussions online about church this week and reading a book called Pagan Christianity, by Frank Viola and George Barna, which shows how many of our traditions are most likely adapted from pagan rituals. Because I posted this online, it kind of inflamed the church goers, especially the ones that live near me, because they assumed it was about them.

Let me just be clear:  this is not a direct criticism of any specific church. If the church is working for you, keep doing it. But recognize that it’s not working for everyone and try to understand that I would simply like to have some discussions to see if we can somehow become better at doing “church.” Even more than that, I want to somehow stop injuring people and help those that are already injured get better.

So, let’s just cut to the chase.

I don’t think Jesus would go to church at all. Even when I was a pastor, when people told the story of a guy walking in the door—you know the one, where people ignore him—then he reveals that He is Jesus. I never bought that story because I just could never picture Jesus walking into a church, at least not like we have it designed. I know he went to the temple because he was raised as a Jew, and that he was occasionally found in Synagogue. But I just could never picture him in a traditional church.

Jesus preferred to do his teaching outdoors. We find him on a boat, on a hillside, in the streets, and at a well with an enemy.  He was almost never in the same place and seldom on a schedule. On a Sunday morning in Auburn, NE, I could more aptly picture him introducing himself to a table of people and sitting down to eat breakfast with them.

I’m not the right person to ask right now. I’m a little bit raw from allowing myself to get to the point where I could hardly bear to walk in the door of a church. Too much “stuff” without any relief has left me a little short of being bitter and needing to get my bearings. But many of the people I come across these days are feeling the same way. It just doesn’t all make sense like it used to.

In her book, The Great Emergence, Phyllis Tickle uses the analogy of a “five hundred Year Rummage Sale”[1] to describe how the church tends to “clean house” every five hundred years. The last time this happened was in 1517, about five hundred years ago. The advent and proliferation of the internet is going to lead us to some dramatic changes in how we do church, much like the printing press did at an earlier time.

For all the time we have spent in church, we really should be doing better than we are. Maybe we spent too much time erecting the church building and coming to church, when we should have spent time being the church. I don’t really care whether the church building survives or whether pastors get to keep making money by being pastors. What I care about is that people get better emotionally and learn to live out the Great Commandment to love one another. I don’t care if church attendance goes up or down—I want us to be kinder and more compassionate. I don’t want to lose another friend because of where I attended or what I believed. I don’t want to see another friend burnout as a pastor, or another person get hurt emotionally, because we care too much about the organization of the church and too little about the people in the body of Christ.

I believe we can get better. I want to keep an image of the Santa Claus guy in the café. I will be trying to emulate that guy while my wounds heal. As I build and nurture community, I can love my family and the people I see along the way. I can watch sermons and podcasts and read and pray and meditate. Yesterday, I did a podcast with a couple of my contemplative friends. It was a community, I felt loved, and I learned a couple of things.

For now, these kinds of things are more than good enough for me.

Be where you are
Be who you are
Kael and Laura Forehand
[1] Tickle, Phyllis. The Great Emergence: How Christianity is Changing and Why. Ada: Baker Books, 2008, 11 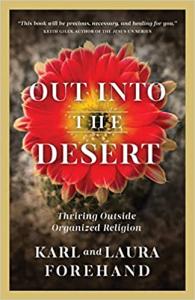 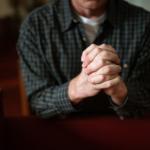 September 22, 2022 The Things That Hurt
Browse Our Archives
Related posts from The Desert Sanctuary 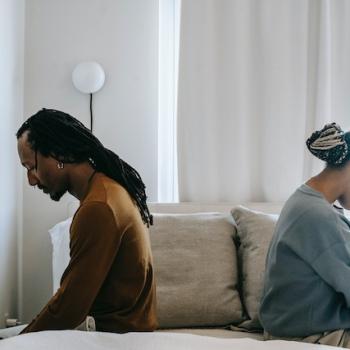 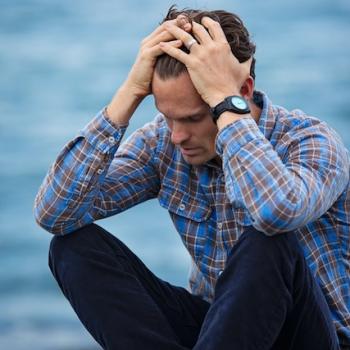 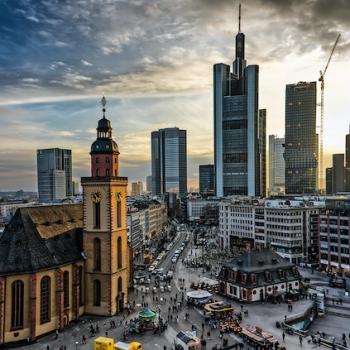 How Religion Ruins Sex
(This is an excerpt from our book, Out into the Desert) I...
view all New Visions blogs
Copyright 2008-2021, Patheos. All rights reserved.
Close Ad