Why are So Many Christmas Carols Sad?

Why do so many Advent and Christmas carols feel sad? Also: why does that make me love them more?

Christmas in a minor key

I’ve been texting my brother Eric, whom I consider to be a musical genius, about the chord patterns of several Christmas songs. “O Little Town of Bethlehem” is written in a major key, yet the mood shifts at Yet in thy dark streets shineth. The carol moves from a major 3rd to a minor 6th and back. The same thing happens, though perhaps a little less emphatically, with “It Came Upon a Midnight Clear,” at Peace on the earth. Chromatic shifts like that help remind us that the streets are still a bit dark. A “solemn stillness” greets the angels’ song.

“In the Bleak Midwinter,” another popular carol, “never hints at going full minor,” Eric says. But listen to it: there’s no question about the bleakness of that midwinter.

These somber tones capture a theological element that is hard to get at with lyrics alone. I learned from John Eliot Gardiner how key signatures and chromatic movements can bring about a theological effect. He writes about the way Bach’s cantatas can take you from Gethsemane to resurrection Sunday simply by the way the notes move and the keys change.

That makes sense, I suppose, for the tridiuum, the cycle of liturgies that lead from Good Friday to Easter. Why, though, should a Christmas carol feel sad?

That, it turns out, is a very important theological question.

Figures of the Coming Christ

My favorite of the Advent hymns is “O Come, O Come Emmanuel.” My wife rolls her eyes when the church musician starts to play it. Just how many verses there could possibly be? (Answer: eight, if you include the bookended first verse at the end.) This one is minor throughout, so we never lose the grayish and unresolved atmosphere. I love the mood it creates, which I think is a beautiful blend of music and theology.

Each verse of the hymn launches from a somber Old Testament prophecy.

With these prophecies, the Christmas carol uses figuralism, sometimes called allegory or typology. The hopes of the prophets become types of our anticipation of Christ’s birth. This anticipation is an important, but often misunderstood, facet of the Christmas story. Is Isaiah 7:14, “You shall call his name Emmanuel,” really about a virgin giving birth to the Messiah? Isn’t it literally about the birth of the future king Hezekiah?

The answer is that it is about both, but how we parse the two readings matters. The Christian reading takes a prophecy that has integrity on its own and make it the pattern of a second prophecy. This is what Matthew is doing when he frames the Virgin Birth on the figure of the Emmanuel whose name was Hezekiah.

In this way, the words to Ahaz are not a somber prediction of the happy ending the story will eventually get when Jesus comes. Rather, they show a prophetic pattern which allows Christian readers to understand new dimensions in Mary’s story. Isaiah tells us that the presence of God in hopeless times is something like a birth story. When Matthew tries to understand the identity of his Messiah, he recalls that prophecy and it helps him fill the new one out. “Ah,” Matthew says, “what the angel said to Mary fits the pattern of what the prophet said to Ahaz.” The latter is now a figure of the former.

Prophecies are patterns. They are not predictions.

Christmas Carols for the Whole God

This is why Origen of Alexandria said that when we read the Old Testament with the gospel, it all becomes gospel. He did not mean that the Jesus story resolves the somber “key” of the Old Testament. Rather this way of reading lets us see the whole pattern of yearning and blessing that carries through the whole Bible.

This pattern of yearning and blessing is exactly what shapes the mood of Christmas carols like “O Come, O Come.” Jesus’ birth is a new framing of the old good news that was Hezekiah and Eliakim. But it also retains the sadness of the old stories: Jesus, God with us, is a similarly unresolved prophecy. The prophet Simeon calls the Christ child “God’s salvation;” he then adds to Mary, “and a sword will pierce your soul.” There’s your shift to the minor 6th.

When we fill out the story with the prophetic pattern, we hear good news in the Old Testament in a major key, and still retain the somber accidentals of the New.

December 18, 2021
Does God Remember a Lost Future?
Next Post

December 26, 2021 But Seriously: A Virgin Birth?
Browse Our Archives
Related posts from The Diagonal Way 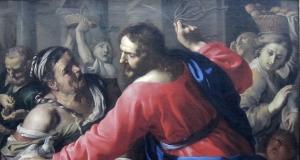 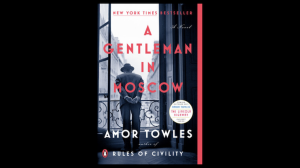