My Date with Rowan William

Last week I had the pleasure of talking theology, literature, and ecology with Rowan Williams.

I’ll admit feeling a bit like a kid from the Indiana woods as I waited for him at the pub inside King’s Cross railway station. I’d asked the servers to give me a table in a quiet section. They’d taken me to a perfect spot in a room in the back, but then I worried about how Williams might find me. “Do you know what the former Archbishop of Canterbury looks like?” I asked. The server looked at me like I was his high school history teacher quizzing him about obscure nobles of the 18th century.

“Oh yes,” I reminded myself. “I’m in secular Britain. It’s only in my small theology world where Williams classifies as an A-list celebrity.”

So, rather than risk it, I wandered out to the entryway a few minutes after our scheduled meeting time. There I found the professor, clerical shirt stripped of dog collar, just stepping inside.

I led him to the table where I’d started a pale ale. We managed to flag a waiter and order him a rosé.

Professor Williams and I had met once before, back when Pete Candler and then Scott Bader-Saye and I were running a site called The Theology Studio. Scott and I interviewed Williams in the latter’s house in Cambridge, where he was serving as Master of Magdalene College. Some of you will remember my horror at returning home to find that I had pressed the wrong button on my borrowed recording device and missed the interview. Williams was generous, let us set up a phone interview, and that time we managed to record it.

That was nine years ago. In the interim we’ve stayed in more or less regular email contact, and he wrote a generous introduction to my book on Shakespeare.

Williams has now retired from Cambridge and moved back to his native Wales. He was in London that day giving a talk and meeting with a spiritual directee. My mentor John Milbank was also coming through, on his way from Oxford back home to Nottinghamshire, and I’d managed to arrange a time when the three of us could have a drink together.

While we waited, Williams and I talked about my family’s travels through the UK. I joked with Stephanie and my parents earlier about how I might tell him about our walk through Westminster Abbey earlier that day and then ask if he’d ever been there. I decided against it, not trusting that my sense of humor would translate. Instead we talked about family, stages in life, and friends we have in common in Cambridge. The politics of Russia Orthodoxy. He then asked me what I was working on these days.

One of the remarkable traits of Rowan Williams, both as a scholar and as a conversationalist, is the sheer range of his zone of expertise. I suspect that if I’d said “motorcycle maintenance” he would have said something like, “Ah, funnily enough, that is a subject on which I have just been doing some reading…”

Rather than test him on shopclass wisdom, though, I answered honestly and told him about the grant to develop my course in ecotheology. I talked about the links that I was beginning to discover between ecology, theology, and literature. “I’m noticing the way fiction and poetry can draw our attention to particular places,” I told him. “And then when it makes theologically interesting moves, it does so in a way that could only happen in that place.”

That got him started talking, as I hoped it would. We talked about David Jones, and the way that the war poet could layer different moments in time onto a common place. I’ve written about Williams’s engagement with Jones before. There is a kind of theological signature to a place, you might say, but one we can only begin to see as we notice what that place demands of those who cross over into it through time.

He told me of an American who writes beautifully of the Welsh countryside. I told him that I’ve been searching for poets, beyond Wendell Berry, who can help me pay attention to the American Midwest. “The trouble with Indiana poets,” I said, “is that Midwesterners pride themselves on simplicity of language. On using as few words as possible. And it’s hard to make poetry from that.”

This in turn led us to farming practices, and the way agriculture around the world works, whenever possible, precisely by not paying attention to particularity. Monocropping, removal of trees, leveling of fields, plowing under footpaths and fencerows. Using land as a tool of production, rather than treating it as a beloved partner in a pursuit of a common good.

Williams on Being God’s Created Things

Before Milbank showed up, I returned to my class. “What do you think students preparing for ministry today should know about ecology?”

“I think the conversation should begin with anthropology. We need to understand that we are nothing other than creatures, like all God’s created things. And one flourishes as a creature only in connection with others, in entering relationships of exchange. It’s not that we should pay attention to the world around us because God needs us to, or because we have the capacity to fix anything. It’s rather that we can’t live full lives as created things in isolation from all the created things around us. To be a creature is to give to and receive from others.”

I told him I was thinking about that relationship in terms of holiness. Living a holy life in relation to the holy God is now inseparable from deep attention to the ecosystems in which we find ourselves. He more or less approved of that way of putting things.  “Yes,” he said, “I suspect this all has something to do with the Holy Spirit.”

The Gift of Good Conversation

Before he left, I pulled out two books. One was his book on Narnia, which I’d bought for my parents during that trip in 2013. I’d meant to ask him to sign it for him, but in my anxiety (fruitless, in the end) over managing the borrowed recorder, I’d forgotten. So I repaired that negligence this time. The other book was my own, Leaving Emmaus, which I’d brought for him. He told me he was hoping I’d bring him a copy, and then asked me to sign it for him as well, which was flattering.

At evening’s end, I returned to my wife and parents just in time to catch our train to Cambridge. On the way, I reflected with them on how fortunate I am to be doing work in a field that gives me the opportunity to have conversations with remarkable people. Ultimately, I imagine, the time we spend in good conversation is far more valuable than the time we spend producing things. If that’s the case, this was an evening well spent. 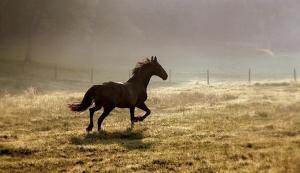 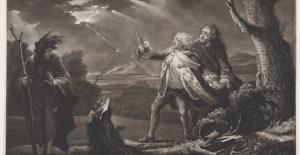