Justin Martyr and the Mass in the Second Century

Justin Martyr and the Mass in the Second Century April 1, 2020 William Hemsworth

I was not always Catholic. Those who knew me before my conversion may be laughing because I was trying to drag them out of the Catholic Church—and sometimes I was regrettably successful. To me the Church was the antithesis of the gospel, and it was my obligation as a “Bible believing” Christian to pull as many people as possible out.

One such person that I tried to get out was my wife. For the sake of her soul I had to show her the errors of the Church and lead her to the truth. This is where things took an interesting turn.

This whole time I was attending Mass with her because it was important that we attend Mass as a family.  I would go somewhere else on my own afterwards. I was also enrolled in one of the largest Baptist seminaries at the time and my major was Church history.

I didn’t expect it, but among the first few assignments were readings from the Early Church Fathers. The first I encountered was St. Justin Martyr, and what I read would change the course of my life. In reading St. Justin’s first apology there appeared, in back and white, a description of what I called a “church service” in the early church.

Space doesn’t allow for the full quotation here, but St. Justin described the full order of the Mass. He described how the there are readings from the prophets and Gospels, and afterward the presider speaks to them to urge them to live virtuous lives.

Afterward they stood to pray, and the conclusion of the prayer the gifts of bread and wine are brought forward. The presider prayed over them and those that believe that it became the body and blood of Christ responded with “Amen!” and consumed the species of bread and wine.

Having read this description I was now armed with the ammunition to show my wife that the Mass did not resemble what St. Justin Martyr had described. There was one problem, I had apparently never paid attention to a full Mass before. As Mass began, I finalized my mental checklist.

At this point I’m thinking this had to be coincidental, but that conclusion was wrong. The gifts of bread and wine were brought forward, but the water that Justin had described was missing. Just as that thought came into my head the altar server brought it to the deacon.

I listened intently to hear anything that would contradict the writing of this great saint.  That was an exercise in futility. The Eucharistic prayer was said, the gifts were consecrated, and they were declared to be the body and blood of Christ.

Catholic From The Beginning

For many Protestants, seeing this primitive description of the Mass is a real challenge because it is so different than what they know. In my case it sent me on a journey to try to see if other churches around me met this description. I visited non-denominational, Baptist, Lutheran, Methodist, and many other churches.

In addition to visiting I studied their various teachings to drill down to their beliefs. It was the Catholic Church that best fit the description that St. Justin Martyr gave!

St. Justin Martyr shoved me toward the church and did so in a way a loving friend shows another the error of his ways. Christ established a church, and the description given was in that church.

It was this church that I had to find if I were to be spiritually and intellectually honest. It had been in front of me for quite a while, but my pride kept me from paying attention. St. Justin Martyr pray for us! 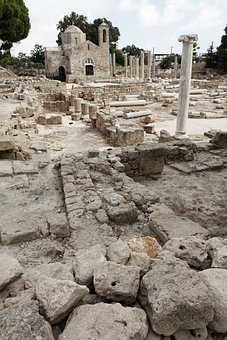 March 28, 2020
Selfishness is not the way of the Christian Life
Next Post

April 3, 2020 Show Your Priest Some Love
Recent Comments
2 Comments | Leave a Comment
Browse Our Archives
get the latest from
Catholic
Sign up for our newsletter
POPULAR AT PATHEOS Catholic
1

Mary, Fatima, and the Sacred Feminine
Longbows & Rosary Beads
Related posts from The Pursuit of Holiness