St. Augustine: On The Trinity

The Trinity is a doctrine that some have had issue with since the earliest days of Christianity.  The great church father St. Augustine was not immune to having to deal with Christological heresies.  Though the heresies are Christological, they deal with the Trinity because Christ is the second person of the Trinity.

This has become known as one of his most difficult works and it took him sixteen years to complete (Augnet 2135).  His work is a gift to all of us and shows various arguments supporting the equality of divine persons against Christological heresies. 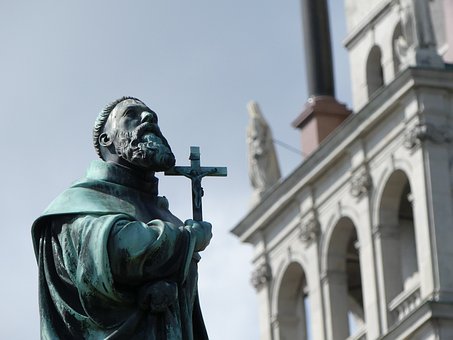 In chapter one, St. Augustine warns the reader of those who commit heresy through the misuse of reason.  They fall into error by misinterpreting the sacred text through crude love of reason (Augustine Ch.1).  By doing so they miss the point of the text and somehow twist scripture to mean something it does not intend.

In all fairness, this is still something that happens today regarding the Trinity.  When we see this it is prudent to correct.

In chapter five, Augustine speaks of the unity of the divine persons.  He does this specifically by describing how the three persons are one, how they have individua work, and yet work together.  Augustine states in regard to their work, “The Father does some things, the Son other things, and the Holy Spirit yet others” (Augustine Ch.5.8).

In Chapter six Augustine seems to be teaching against a type of modalism that was going around.  Some were saying that God was not immortal because he changed into the Son and Holy Spirit through time, or that somehow Christ was less that the Father.  Augustine brilliantly answers with scripture.  This is still a method that is effective today.

He quotes John 1:1 to show that Christ has always existed, and that the scriptures call Him God (Augustine Ch. 6.9).  He then alludes to the baptism of Christ in Matthew chapter 3 to show the unity and equality of the three.  Jesus is present, it was the Father’s voice that spoke, and it was the Holy Spirit that was present in the dove.  This shows that they all exist at the same time, in unity, equality, and that it is not one form changing to another.

In proving his case of equality among the Trinitarian persons, St. Augustine looks to 1 Corinthians 8:6 which states, “yet for us there is one God, the Father, from whom are all things and for whom we exist, and one Lord, Jesus Christ, through whom are all things and through whom we exist” (NRSV).  This verse affirms the divinity of Christ by mentioning him in the same sentence as God.

Notice also how all things exist through the Father and the Son?  Each person of the Trinity has a clause, or duty, assigned.  One is not more important than the other, but they all work together for our redemption and salvation (Augustine 6.12).

In other words, he is not a creature that had a beginning and that will have an ultimate end.  The Holy Spirit is equal, coeternal, and of the same essence.  Regarding the Holy Spirit St. Paul writes in Philippians 3:3, “For it is we who are the circumcision, who worship in the Spirit of God and boast in Christ Jesus and have no confidence in the flesh” (NRSV).  Also in 1 Corinthians 6:9, St. Paul specifically mentions that our bodies are temples of the Holy Spirit.  We serve, worship, and ask the Holy Spirit for things just as we would the Father and the Son.  That is because they are coequal and God.

September 11, 2020 Apollinaris And The Nature Of Christ
Recent Comments
0 | Leave a Comment
Browse Our Archives
Related posts from The Pursuit of Holiness