Rosary: A Brief History Of The Popular Devotion

Throughout the world, people gather to pray the Rosary. They pray for our Pope, world peace, an end to abortion and the holy souls in Purgatory, among other intentions. Considered to be the perfect prayer, contemplating on the Rosary brings a deeper union with Jesus and Mary.

“The Rosary is considered a perfect prayer because within it lies the story of our salvation.”~Saint John Paul II

The word, Rosary, stems from the Latin word, “rosarium” which means “garland or crown of roses”. The Catholic Encyclopedia describes an early legend which made its way through Europe, eventually connecting the word to a story about Mary.

This story tells of a young monk who was praying and repeating the Hail Mary. Each time he completed one Hail Mary, Our Lady took a rose bud from his lips.

He wove these rosebuds into a garland and Mary placed it upon her head. This legend created the belief that each time we pray a Hail Mary, we are giving Our Lady a rose, and when a full rosary is complete, it becomes a crown of roses. 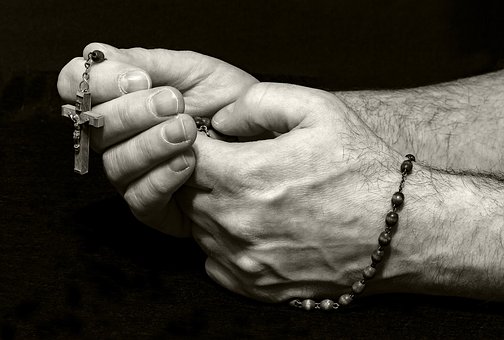 Not Exclusive to Catholicism

Prayer beads have been used throughout history. Repetitive prayer was a part of many religions. Examples are Buddhist and Hindu monastics who use circular beads on strings to chant.

In early Christianity, the repetition of a short verse from the Psalms or the Our Father became very popular in the monasteries of Egypt. The prayer we know as the Jesus Prayer was popular among Eastern monastics during the fourth century. Saint Basil recommended praying the Jesus Prayer instead of the psalms, for those who could not read, were traveling or unable to use the liturgical books. He also proposed the use of a woolen cord of 100 knots with 25 knots separated by a larger knot or bead. Before Saint Basil, Christian monastics used small rocks in bags to count their repeated prayers.

The Rosary is Formed

Eventually, beads, pebbles, and berries were strung on a rope. This was the beginning of what we now know as the Rosary. Western use of this prayer cord originally involved praying Our Father’s in place of the Psalter; one Our Father for each of the 150 psalms.

The Hail Mary was also used and soon the “Rosary” or “Psalter of the Virgin Mary”, consisting of reciting 50 or 150 Hail Mary’s, came into being. The mysteries of the Rosary and the custom of meditating on them was introduced by Dominic of Prussia, a 15th-century Carthusian monk, sometime between 1410 and 1439. Domenic referred to this as the “Life of Jesus Rosary” or a vita Christi Rosary.

The Rosary, made up of the Our Father and the Hail Mary, was the first Catholic devotion prayed through the centuries. It was not, however, until 1214, when it was given to the Church by Saint Domenic, that it was received it in the configuration that we have today. 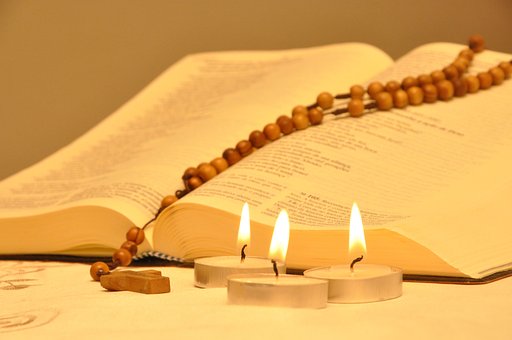 Saint Dominic received the Rosary from the Blessed Virgin as a means of converting Heretics.

Saint Domenic, distraught by the extent of people’s sinfulness, withdrew into a forest near Toulouse. There he prayed relentlessly for three days and nights, weeping and offering penances. His body became fragile and he fell into a coma.

It was at this time that Mary, accompanied by three angels, appeared to him. She spoke, “Dear Dominic, do you know which weapon the Blessed Trinity wants to use to reform the world?” He replied, “Oh, my Lady, you know far better than I because next to your Son Jesus Christ, you have always been the chief instrument of our salvation.” Our Lady answered, “I want you to know that, in this kind of warfare, the battering ram has always been the Angelic Psalter which is the foundation stone of the New Testament. Therefore if you want to reach these hardened souls and win them over to God, preach my Psalter.”

Excitedly, he went to the Cathedral. Unseen angels rang bells which brought people together and Saint Dominic began to preach. As he started preaching, a storm began. The thunder and lightning were so fierce that those in the Cathedral became frightened. Their fear became greater when they looked at an image of Our Lady and saw her raise her arms to heaven three times as she called God’s vengeance upon them if they did not convert, change their lives, and seek her protection.

The storm came to an end, and Saint Domenic continued, explaining the importance of praying the Rosary. Nearly all the people of Toulouse embraced his teaching and abandoned their false beliefs. In a short time, the town became peaceful and its people began leading faithful Christian lives.

[This post was written in collaboration with Marilyn Nash of holyart.com]

The Rosary is the most beautiful and the most rich in graces of all prayers; it is the prayer that touches most the Heart of the Mother of God…and if you wish peace to reign in your homes, recite the family Rosary.-Pope St. Pius X

The Rosary is the ‘weapon’ for these times.– St. Padre Pio

If there were one million families praying the Rosary every day, the entire world would be saved. – Pope St. Pius X

December 15, 2020
Early Church Evidence For The Eucharist...Updated
Next Post 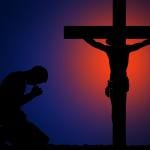 December 21, 2020 Grace, Free Will, And The Beatific Vision
Recent Comments
0 | Leave a Comment
"Excellent presentation. I have found that what matters most is the "posture" of the heart ..."
John A Matter Of The Heart
"I agree with you 100%. The bishops have instructed everyone to receive on the hand ..."
aggiegirl2000 A Matter Of The Heart
"After seeing exactly how screwed up Christian Conservatives are, worshipping a man that is immorral. ..."
Prax You Are With Jesus Or With ..."
"Jesus or Beelzebul? I'll take curtain three, thank you. I don't DO Fear religions."
Kyllein MacKellerann " You Are With Jesus Or With ..."
Browse Our Archives
get the latest from
Catholic
Sign up for our newsletter
POPULAR AT PATHEOS Catholic
1