Hebrew Poetry in the Old Testament: Is Jesus In These Books? Part 2

Hebrew Poetry in the Old Testament: Is Jesus In These Books? Part 2 February 5, 2021 William Hemsworth

You can read part one of this series of Jesus in Hebrew poetry here.

The Proverbs a favorite book of those who are seeking practicality.  In other words, they are striving to incorporate Biblical lessons into their daily lives.  In proverbial literature there is no place for storytelling.  Every line is a time-tested truth that came about after being tested repeatedly. 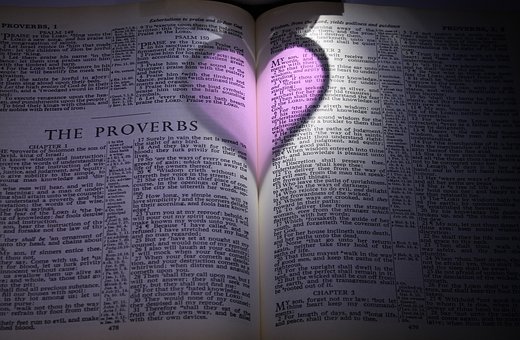 The overall purpose of the book is to shape people into useful members of society.  Our understanding of Proverbs is fuller when looked through the lens of Christ.

The first chapter of Proverbs speaks of the fear of the Lord, wisdom, and the call of wisdom.  In this chapter wisdom is calling from the streets, and concludes with verse 33 “but whoever listens to me will dwell secure and will be at ease, without dread of disaster.”

The Messiah is not specifically mentioned, but there a few parallels.  In describing Jesus’s answers to the Tempe teachers Luke 2:47 states, “And all who heard him were amazed at his understanding and his answers.”  Jesus is described as wisdom personified, and his ministry revealed the same.  His teaching left those that heard it in wonder, and they said so in Mark 6:2.

Throughout the gospels Jesus teaches using parables. What many do not realize is that the word “parable” is the Greek word parabole is the New Testament equivalent of the Hebrew word for “proverb” masal.

Another reference to the Messiah in Proverbs is in Proverbs 8:27-28.  This passage is interesting as it speaks of creation, and may possibly be a reference to Christ as the second person of the Trinity.

Verses such as 1 Corinthians 1:30, Colossians 1:15-17, and Colossians 2:3 are just some to be mentioned.  The 1 Corinthians passage is intriguing as it declares that Christ is the wisdom of God.  This was also the consistent teaching of the Apostle Paul.

The book of Ecclesiastes in one that has baffled Christians for centuries.  It allows the skeptical side of man to have an outlet to ask poignant questions.  When the book of Ecclesiastes is read, we can feel the frustration of the writer.  As with Proverbs there is no direct link to Christ, but with the help of New Testament passages we can see that some statements are fulfilled by him.

However, there is one verse with a Messianic application using Isaiah 26:19 and the Jewish Midrash.  The verse in question is Ecclesiastes 1:7 which reads, “7 All streams run to the sea, but the sea is not full; to the place where the streams flow, there they flow again.”  In the Midrash tradition this verse refers to the Messiah who will rescue his people from the worship of false gods.

Throughout the book the author of Ecclesiastes uses vivid imagery to get his point across.  That message is that life is meaningless, and even futile if God is not Lord of all.  Jesus also uses very real imagery to let his listeners know this same reality.

In fact, Jesus very bluntly says that he is the only way to the Father.  In John 15:5 Jesus also uses the analogy of being the vine to underscore this point.  That beautiful passage states, “I am the vine; you are the branches. Whoever abides in me and I in him, he it is that bears much fruit, for apart from me you can do nothing.”  The writer of Ecclesiastes says that apart from God you can do nothing, or it is vanity.

Christ says that apart from Him we can do nothing.  That is perhaps the biggest connection of the Messiah in Ecclesiastes, but it is one that can be pondered and dwelt on.  For the one that does their relationship with Christ can do nothing but grow, because the point of Ecclesiastes would have been followed.

Jesus And the Hebrew Poetry In Song Of Songs

The Song of Songs is a book in Hebrew Poetry recognized that the sensual side of man is a good thing.  However, it is not all about sexual intimacy, but is an allusion to God.  Since it is poetry it can be assumed that its reading is not meant to be literal, but allegorical.

When this is understood the precious gems of the book are mined.  However, with Revelation being the exception, no other book has been so frequently misinterpreted.  An allegorical interpretation was the favored one with early Rabbis and the early church fathers.

Prior to Christ it was seen as an image of the love that God had for his chosen people, Israel.  Under the New Covenant it is a beautiful portrayal of the love that Christ has for his bride, the church. 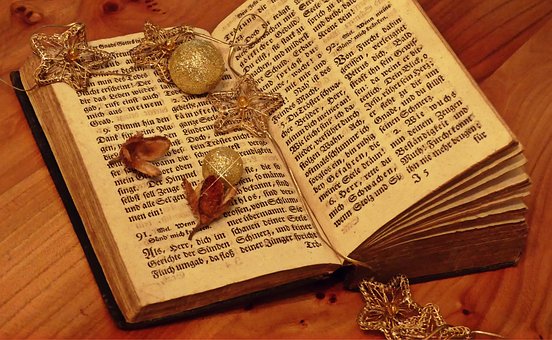 Song of Songs 1:2 states, “Let him kiss me with the kisses of his mouth! For your love is better than wine.”  This verse is a call for intimacy that can only be mediated by the Messiah.  Verse four speaks of the king that takes his bride into his chambers, and this is an image of the Messiah.

Another verse depicting the Messiah is Song of Songs 8:6 which reads, “Set me as a seal upon your heart, as a seal upon your arm, for love is strong as death, jealousy is fierce as the grave. Its flashes are flashes of fire, the very flame of the Lord.”  Allegorically speaking this is a reference to the New Covenant love that Christ has for his people.

It is a love that death will not be able to separate.  The Song of Songs can be read as a series of songs for this wedding between Christ and the church.  The imagery is beautiful, and a great reminder of the love that Christ has for us.

The five books of scripture that make up Hebrew poetry vary in terms used, and in the message they are trying to portray.  In Job we read about the incredible suffering of a man, the sovereignty of God, and a reward for faith.  As for the Psalms, there are psalms of Thanksgiving, sorrow, and prophecy.

In proverbs the wisdom of life is presented.  Wisdom teaches men and women how to act in their personal and religious lives.  Ecclesiastes teaches us that all of our worldly pursuits are vain, unless God is at the forefront of our lives.  The Song of Songs is a series of songs that are about the Christ and his bride, the church.

Everything has its place, and what is hard to understand will be given light in the passages ahead.  Thus, Christ can be seen in scripture from the beginning of Genesis to the end of Revelation.

Unless otherwise stated, all scripture passages are from the ESV-CE.

Listen to a recent interview I did about this topic here as we go much more in depth.

February 4, 2021
Hebrew Poetry in the Old Testament: Is Jesus In These Books? Part 1
Next Post 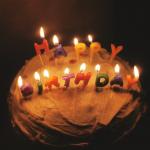 February 6, 2021 A Birthday Reflection
Recent Comments
0 | Leave a Comment
Browse Our Archives
get the latest from
Catholic
Sign up for our newsletter
POPULAR AT PATHEOS Catholic
1