Cardinal Henry Newman And The Development Of Doctrine

When we read through scripture an the works of the early church fathers something we see something become apparent.  Not all doctrine that we have today was in its current form in the earliest days of the church.  Heresies came up, questions were asked, and from this further clarification and development came about.  The kernels of faith that were passed on by Jesus and the disciples were molded and thought on to come to what we have today.  Saint Cardinal Henry Newman came to this realization when reading church history.  He wrote an instrumental work on the subject tiled The Development of Christian Doctrine that I recommend anyone who is serious about the faith ought to read.

After reading Cardinal Newman’s “The Development of Ideas” I came to the conclusion that ideas and doctrine do not just come about.  They started from an idea that was debated, was allowed to germinate, and must be allowed to mature.  This can only be done through debate and reason.

What is interesting is that this work was the turning point of Newman to Catholicism.  As many do he started as an evangelical, then Anglican, and finally seeing the ideas and doctrines that had matured, became a great asset to the Catholic Church. 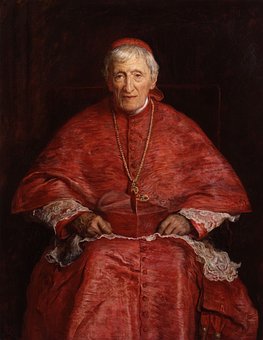 Cardinal Henry Newman explains that at first man will have an idea, but will not be sure how to explain.  He may seem like a babbling fool unable to make a coherent point about the idea.

However, over time something will be brought to light that will move the idea forward.  This new fact will be debated and judged by many, and after a time there will be something definite that comes from it.  Over time there may even be various views on the same subject, but there will be a definite teaching that came from the original idea.  History will show that great teachings of history can be boiled down to its original idea and this helps us understand it all the more.

Henry Newman And The Councils

This process, especially in terms of doctrine, can take a lot of time to develop.  It has been shaped and formed from many brilliant people with their own take on it.  We all have different experiences and an idea may mean something different to different people.

The ideas that came from the great councils of our church are great examples of this. All the Bishops gathered together with their own input, and the Holy Spirit guided them in defining doctrine.  There was much debate and everyone learned from another.

Cardinal Newman Is Now A Saint

Cardinal John Henry Newman was declared a saint by Pope Francis on October 13, 2019.  Below are some quotes from this influential saint. 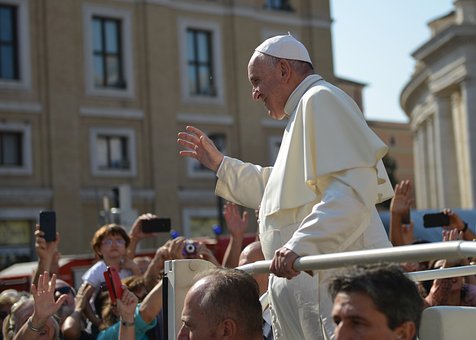 “God has created me to do Him some definite service; He has committed some work to me which He has not committed to another. I have my mission—I never may know it in this life, but I shall be told it in the next.”

“May I engage in them in the strength of Christ … remembering the worth of souls, and that I shall have to answer for the opportunities given me of benefitting those under my care.”

“To be deep in history is to cease to be a Protestant.”

“With Christians, a poetical view of things is a duty. We are bid to color all things with hues of faith, to see a divine meaning in every event.”

February 18, 2021
Ignatius Of Antioch: 7 Catholic Quotes From The Great Saint
Next Post 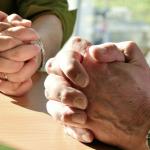 February 23, 2021 Praying And Forgiving: A Great Reminder For Lent
Recent Comments
0 | Leave a Comment
"Excellent presentation. I have found that what matters most is the "posture" of the heart ..."
John A Matter Of The Heart
"I agree with you 100%. The bishops have instructed everyone to receive on the hand ..."
aggiegirl2000 A Matter Of The Heart
"After seeing exactly how screwed up Christian Conservatives are, worshipping a man that is immorral. ..."
Prax You Are With Jesus Or With ..."
"Jesus or Beelzebul? I'll take curtain three, thank you. I don't DO Fear religions."
Kyllein MacKellerann " You Are With Jesus Or With ..."
Browse Our Archives
get the latest from
Catholic
Sign up for our newsletter
POPULAR AT PATHEOS Catholic
1

Catholic "Sexperts" Should Mind Their Own...
Michelle Arnold
Related posts from The Pursuit of Holiness