Prophetic Warnings Against The Sin Of Idolatry

The Old Testament prophets have much to say to us today.  In their time they were speaking the words of Yahweh to a people who were utterly lost and trying to find their own way.  The way had rescued them from slavery in Egypt and led them to the promised land.  Time and again the people of Israel strayed from the Lord, and time and again the Yahweh stayed faithful and loved them with an everlasting love.  One of the issues that the Prophets consistently spoke against was the issue of idolatry.

Idolatry In The Prophets

One of the prophets that comes to mind with the issue of idolatry is the prophet Jeremiah.  Chapter two of the book of Jeremiah is a good example of this.  Jeremiah uses marital language to highlight the idolatry that the people have committed.  The first nineteen verses of this chapter recalls the purity that the bride, Israel, had with her husband Yahweh.  In verse twenty the people are called a whore that went under every green tree.

The people are called a donkey in heat (Jer. 2:24), but the people ultimately say that they prefer the foreigner and will go after them (Jer.2:25).  This would also include the foreign nations way of life and gods.  The image of the green tree is highly significant to Jeremiah’s argument of idolatry among the people.  Green trees were emblematic of a goddess in the region of Judah and surrounding nations.  There is also some evidence that the green tree imagery indicates worship of the gods Asshur and Ishtar.  The people chased after the promises of false gods instead of the one who saved them.

Twisting The Words Of God

There are many more examples of idolatry in Jeremiah, but there is a good example in Micah that many today can identify with.  Micah 3:11 describes a horrible sin that the priests were committing. Micah 3:11 describes priests teaching for a prices and prophets practicing divination for money.  Micah gives a scathing indictment of the priests and prophets for twisting the words of Yahweh and perverting them for economic gain.

In ancient Judaism the role of the priests and prophet placed essential roles as intermediaries between Yahweh and the people.  The priests performed essential functions, and the prophets heard their message directly from Yahweh.  Yet here they were abusing this sacred charge and committing economic idolatry.  Money had become their god instead of what they were charged to do.  Kind of like the prosperity preachers do today.

Idolatry is just as much a problem now as it was in the time of the prophets.  A simple definition of idolatry is whatever you cling and look to for security.  We are called to place God above all things, but idolatry places something else in the place of God.  The passage from Jeremiah 2 that was mentioned above may seem hard to place in today’s context.  However, one only need to examine their life to see that we have betrayed the faithful Lord more often than we think.

As the Israelites chased after the false promises of fertility goddesses, many in our pews chase after the false promise that sex will make them be accepted.  Sex and womanizing is as much an act of idolatry as worshipping an image of Ishtar if they are put in the place of God in our lives.  Some may say that the sins mentioned are not a problem, but there is something else that Satan is dangling.  It could be the constant need to be busy, a career, or even social media.

Money Can Become An Idol

The passage from Micah 3 highlights the idolatry of money.  Money is something that we all need to survive.  It is needed to pay bills, feed out families, and to fund ministry.  However, there is a reason that Paul calls the love of money the root of all evil in 1 Timothy 6:10. Sometimes we fall into the trap of thinking that all we need is more money to make us happy.  The fact is that true happiness can only be found in God, and the idolatry of money leaves one unhappy no matter how much is attained.  The priests in Micah 3:11 were able to be bribed to do things, and the prophets took pay to serve favorable oracles.

This sin of economic idolatry is one that can easily creep into the church via church leadership.  Unfortunately, at least it seems, that the most popular among us have succumbed to this.  They tell the people what they want to hear and fail to rightly preach the scriptures, sacred tradsition, and the Gospel.  However, this sin does not stop with the leaders as the leaders spread this message to the congregation and it proliferates.

Idolatry Is Still An Issue

The message of these prophets must be heeded to guide people to the truth.  The world is turning more and more hostile to the faith, and there are more potential idols than never before.  Idolatry is a real threat to the church and the souls it seeks to serve.  The message of the prophets rings true today and it is one that must be preached often.  In Micah 3 the sins of the priests and prophets were judged with the destruction of the temple.

Likewise, the church today will have its faithfulness judged in the same light.  Is it faithful to God and leading souls to him?  Or is there an idol that has been placed ahead of God that will destroy the church?  Idols are not a thing of the past, but vanquishing it is a pathway to the future.

December 18, 2021
Saint Joseph As An Advent Saint
Next Post 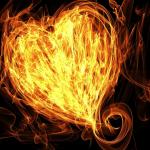 December 21, 2021 Hearts Burning Within Us: A Review
Recent Comments
0 | Leave a Comment
Browse Our Archives
Related posts from The Pursuit of Holiness