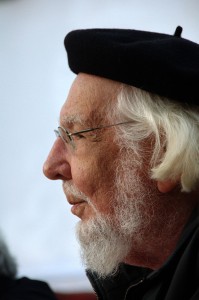 To quote Eliot “against” Tradition, I feel justified borrowing from the supreme borrow himself. Eliot, the Old Possum, the scribbler of “Tradition and Individual Talent” and “Rhetoric and Poetic Drama” – the definitive binary summations of Modernist meditations on “tradition”/tradition/Tradition – points in two directions at once, always.

One finger points this way: Revolutionaries(!): consider the past, not necessarily more systematically, but more comprehensively. Not everything new is good. Eliot parodies the professorial tics of the time in his prose, always a muffled laughter somewhere in his learnedness (“I, therefore, invite you to consider…”). Always an ironic boho posturing to his elucidations – irony being the grease that kept his wheels spinning:

“There remains to define this process of depersonalization and its relation to the sense of tradition. It is in this depersonalization that art may be said to approach the condition of science. I, therefore, invite you to consider, as a suggestive analogy, the action which takes place when a bit of finely filiated platinum is introduced into a chamber containing oxygen and sulphur dioxide.”

Alright then. Typically “conservative” Eliot. Chum casually tossed out to The Egoist crowd. But then this:

“All the ideas, beliefs, modes of feeling and behavior which we have no time or inclination to investigate for ourselves we take second-hand and sometimes call tradition.”

And not only that, but (of course) an appended footnote:

That’s the Eliot I love. The one that quotes the Pope “against” Tradition, pressing home the point that Tradition is often misinterpreted to mean an untouched bindle. A vault. Miss Havisham’s festering homestead.

Nope, says Eliot. It’s not the untouched things. It’s the things that we take the time to reexamine scrupulously. “Tradition…cannot be inherited, and if you want it you must obtain it by great labour.”

You must obtain it. And it aint easy. That’s the direction Eliot’s second finger points in. Reclamation.

It’s not just literature. It’s science:  “An experiment by Australian scientists has proven that what happens to particles in the past is only decided when they are observed and measured in the future. Until such time, reality is just an abstraction.”

I, therefore, invite you to consider the role this conception of tradition, time, and causality has on the anti-colonial poetry of Ernesto Cardenal. How his poems about the past, specifically With Walker in Nicaragua, are meant simultaneously as reclamation of the past and an alteration of the past through an observation located in the present:

And those flames spread like wildfire in the street from the lake.

And Henningsen’s message was:

“Your order has been obeyed, sir:

Granada is no more.”

More on Cardenal to follow, hopefully sooner than later. 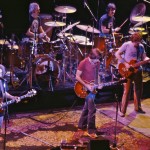 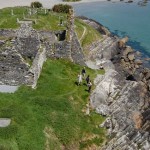 May 13, 2016 In From The Wilderness
Recent Comments
0 | Leave a Comment
Browse Our Archives
get the latest from
Catholic
Sign up for our newsletter
POPULAR AT PATHEOS Catholic
1 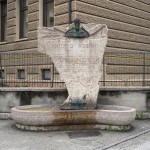 Catholic
Augusto Del Noce's Turn From Marx
Through the Threshold 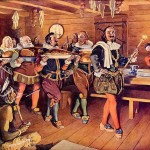 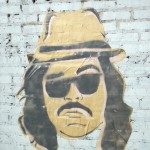 Catholic
The Immunity of the Cool, or, Giving Up...
Through the Threshold
TRENDING AT PATHEOS Catholic