In the LA Times, Ezra Klein extols the advantages of Britain and Canada’s healthcare systems as against the American system:

Britain and Canada control costs in a very specific fashion: The government sets a budget for how much will be spent on healthcare that year, and the system figures out how to spend that much and no more. One of the ways the British and Canadians save money is to punt elective surgeries to a lower priority level. A 2001 survey by the policy journal “Health Affairs” found that 38% of Britons and 27% of Canadians reported waiting four months or more for elective surgery. Among Americans, that number was only 5%. Score one of us!

Well, sort of. American healthcare controls costs in another way. Rather than deciding as a society how much will be spent in the coming year and then figuring out how best to spend it, we abdicate collective responsibility and let individuals fend for themselves.

Writing at Econlog, Arnold Kling takes issue with the claim that Americans are left to fend for themselves when it comes to health care. But whether or not this is how America deals with healthcare costs, it is how we control the costs of lots of other things. Like food.

Society doesn’t first decide how much will be spent on food in the coming year and then figure out how best to spend it. The government doesn’t run farms and restaurants and grocery stores, nor do we have a single payer system for food. There are some limited government programs to help people who fall through the cracks, but there certainly isn’t any collective decision as to how much Americans will spend on food and/or how that spending should be distributed.

There is a famous story about a Soviet official in Britain who asks to see the man in charge of the supply of bread to London. When he is told that there is no such position, he doesn’t believe it. Clearly he can see that the shops are full of bread. If there isn’t someone in charge of determining how much bread is needed, then how could that happen? Sounds silly, I know, but that is exactly the sort of system that Klein is proposing for healthcare (and as a means of controlling costs!) If the market model (with a few ad hoc modifications) works better than the collective model when it comes to food, it’s hard for me to see why it couldn’t work better when it comes to healthcare.

April 6, 2009
Fr. Robert Sokolowski on "The Battle Hymn of the Republic"
Next Post

April 7, 2009 On Lying: A Moral Guide Based Upon Lombard’s Sentences. A Brief Conclusion
Recent Comments
37 Comments | Leave a Comment
"Oh dear stars these translated words.....dont make any sense aaaaaaa thanks for translating.ZH.G1269.US/c5119Y"
Spirit1299 If Christ is our only King
"Barely a man but already super smooth. Hikan could never. 😆y.2632F.US/R5119O"
Mark Bird This is Why We Founded Vox ..."
"The best book in the world👇🏻👇🏻PA.SWORDGIPHY.COM/t5119d"
szmtex Can one be a homeowner and ..."
"✅Since our project is here without our consent, I would like to promote our official ..."
HavenCustos A Reflection for a Rite of ..."
Browse Our Archives
Related posts from Vox Nova 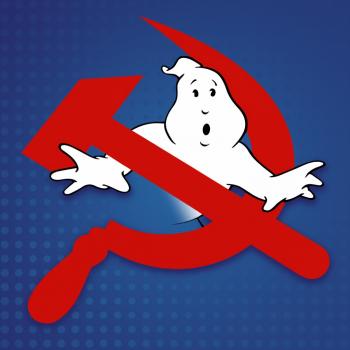