Guest Post: The Experience of This Sweet Life (Dante Sighs)

We are pleased to present this guest post by Leanne Ogasawara, who writes from Japan, where she is a freelance translator and writer. 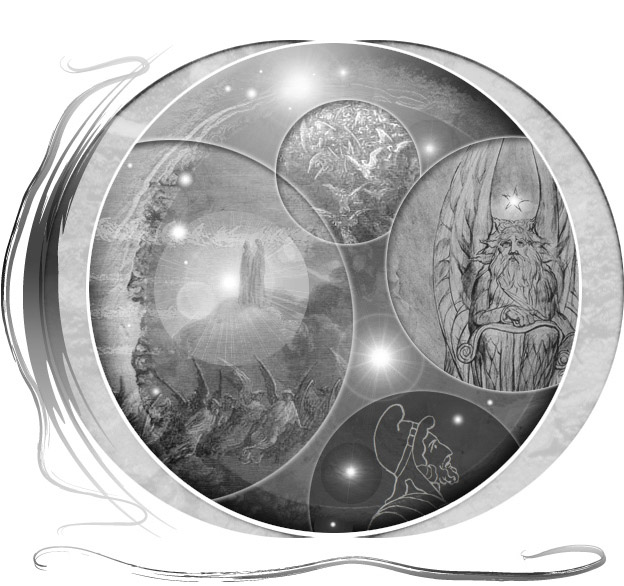 Now he knows the dear price men have to pay
Not to follow Christ, by the experience
Of this sweet life and of its opposite

A best seller since medieval times, I’ve long wondered, why it is that everyone prefers Dante’s Purgatorio anyway?

Am I the only one who– while utterly unable to imagine hell– often finds myself lost in dreams of paradise? I always think it would be the most wonderful thing in the world to construct my own image of paradise as inclusive and elaborately detailed as Dante’s vision. But, alas, I suppose in an age where we no longer share a grounded education in the classics, it would be hard to write paradise in any enclopedic way; and by necessity anything I would write would be only personal anyway.

The quote on my Jeanine Payer ring, “The experience of this sweet life,” comes from Paradiso XX, 47-8, when Dante and Beatrice arrive at the sphere of Jupiter. A place of serenity, this is where they meet the souls of just lawgivers and righteous kings.

Gazing upward, the two standing side-by-side, watch as the lights of a myriad of illuminated souls form the words diligite iustitiam qui iudicatis terram (“cherish justice, you who judge the earth”); these lit souls then disband to come together again in the shape of a great eagle–symbol of the Roman empire but also symbol of Jupiter, the god of Justice. The souls begin to sing until their voices come together to speak as one voice, which spills forth from the mouth of the eagle– commanding our hero to look at the eye of the eagle.

Doing as commanded, Dante sees forming the shape of the eagle’s eyes six great kings who there serve as the highest ranking souls in the sphere. Looking closely, Dante is taken aback to find two pagans among the Christian righteous. The first pagan is the Roman Emperor Trajan and the second the Trojan Ripheus. The eagle laughed with “great sparkling and much cheer” at Dante’s amazement, this laughter thereby indicating the inscrutability of God’s Will (an important reminder of the limits of human understanding/ non conosciamo ancor tutti li eletti).

Talking with Jesuit priest in training Matt Farley on his show Entitled Opinions, Robert Harrison suggested that as one moves back and forth across the Protestant-Catholic divide, one striking difference is in the weight given to “faith” versus “works.” (for in the former, no matter how many good works one may perform, in the end it is faith that is truly crucial).

I think this is very true, and with its rich pagentry of feast days and saints, at Catholic Mass there is a kind of exhortation to “become saints to one another” through our good works. Saints are not necessarily perfected souls but are those whose actions toward others are understandable in terms of beatitude.

This is something I think Dostoevsky was the great master at depicting— in the form of Alyosha Karamazov. And according to saintly Alyosha, if the greatest virtue is Love, this is something that must take the form of good works. To Alyosha, the opposite of Christ is not Satan but Misanthropy. And, it is in our mode of being out in participation with each other through which we set in motion our narratives of inter-connected salvation. (This being something expressed so beautifully in Cloud Atlas, I thought). 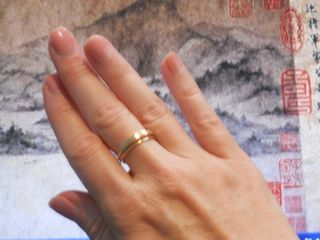 Back to the quote on my ring, though. I am going to summarize Dante scholar and translator Anthony Esolen’s brilliant interpretation of the amazing manner in which the Roman enperor Trajan –a pagan!!– found himself in this most exalted position in paradise.

In Dante’s worldview, there were only two categories of souls: that of saints and that of sinners. But Dante suffered over the seeming injustice that there were sinners in Limbo who were there by providence alone. All the unbaptised babies, for example, and those born before Christianity– was it fair that they were in Limbo?

The Roman emperor Trajan lived during the early Christian days. He did not persecute the Christians and let them live in peace (as long as they didn’t practice openly). But this was not what attracted Dante. Rather it was the Medieval story concerning Pope Gregory the Great. Pope Gregory recognized Trajan for having stopped to console a poor widow who he came across while leading his armies to war. The widow’s son had been murdered and though Trajan had bigger fish to fry, he stopped (“and turned around”) and listened to her. Then, before moving on, he dealt justice. This story had deeply moved Pope Gregory and in scholar Esolen’s words, Gregory came to love this image of the pagan emperor. So in love and so devoted was Gregory to this memory that he prayed intensely for God to do something so that Trajan could return to life once more in order to receive baptism.

And legend has it that this wish was granted to Gregory, and thereby Trajan was translated back to life. Gregory, then, was able to preach to him himself and from Trajan’s own free-will, he was then baptised. Our man Dante, therefore, places the ex-pagan in one of the highest spheres of heaven.

This is a love story. For, as Esolen says:

Trajan, then, by providence born a pagan; through love was re-born and thereby came to know the sweetness of paradise (“this life”)– in addition to its opposite (Limbo, in his case).

November 25, 2012
Revisiting the New Translations: One Year Later
Next Post

November 30, 2012 Guest Post: What it means to lose in order to save
Recent Comments
9 Comments | Leave a Comment
Browse Our Archives
get the latest updates from
Vox Nova
and the Patheos
Catholic
Channel
POPULAR AT PATHEOS Catholic
1

What You're Doing When You Vaccine-Shame...
Sticking the Corners
Related posts from Vox Nova