Ectopic Pregnancy and the Principle of Double Effect

A week ago, I posted a link on my FaceBook page to an blog post by William Briggs responding to an article by Charles Camosy on Catholic Moral Theology in which he is exploring a concept he calls “an innocent aggressor.”  A non-Catholic friend asked me in the commbox about Catholic teaching on ectopic pregnancy.  I found a nice summary at the Catholics United for the Faith website.  This satisfied my friend, but after reading the posts by Camosy, Briggs and the CUF article,  I found myself chewing over this question.

According to traditional Catholic teaching, the only morally licit procedure  is a salpingectomy: removing the portion of the fallopian tube in which the embryo is implanted.  It is considered morally illicit to perform a salpingostomy:  a small incision is made in the side of the fallopian tube and the implanted embryo is removed.  It is also immoral to treat the ectopic pregnancy chemically by administering Methotrexate, a drug which causes the embryo to be expelled.  The latter two are considered illicit because they are “direct abortions” while the first is licit because the procedure removes a damaged fallopian tube which threatens the life of the mother (due to inevitable hemorrhaging and infection), with the unintended but foreseeable consequence of killing the embryo.

My problem is that I honestly cannot fathom the distinction being made here:  it seems to me to be a distinction without a difference.   In both cases the ultimate intention seems to be the same:  to save the life of the mother, given that the presence of the embryo presents a grave threat to her life.     In both cases the consequences are the same:  the embryo must be removed, and since not viable, it dies.

The classical argument is that these procedures are different, morally, because the salpingostomy acts directly on the embryo; this is regarded as an abortion and therefore a moral evil.  In contrast, the salpingectomy acts indirectly by removing a few millimeters of fallopian tube containing the embryo.  By the principle of the double effect, the intention is to treat a diseased fallopian tube and the death of the embryo is a side effect that is completely foreseeable but not in any way intended by the action, and is therefore morally licit.

My problem is that I do not find this argument persuasive.  Rather, it seems more like a post facto rationalization: a moral fig leaf to justify an action that intuitively seems to be the correct moral choice—saving the life of the mother, the only one who can be saved—while providing the actor moral distance from the consequences of his/her actions—the death of the embryo.  That this consequence was not the actor’s intention seems irrelevant:  it seems to me that a person must take moral responsibility for any act that follows directly from his/her actions.

This strikes me as a weakness in any argument that attempts to apply the principle of the double effect.  While I am sure that this problem has been addressed by moral theologians and ethicists, I have not seen an explanation that is satisfactory.  I will confess, however, that I am not well read in this area, and would welcome references and an summaries of these arguments.

This question in the context of ectopic pregnancy has been addressed once before on Vox Nova, from a very personal point of view.  Unfortunately from my perspective, none of the broader moral questions were addressed in the comments.    I don’t have any answers, but it seems to me that people like Camosy (and others like Charles Curran before him) are attempting to ferret out some other approach to this problem, one which brings to light more clearly the moral issues involved, simultaneously upholding Catholic teaching on abortion while trying to discern why this particular case is different. 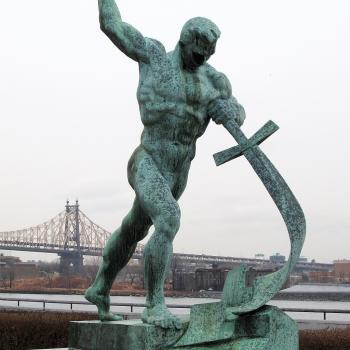