On Antisemitism and the Catholic Church

On Antisemitism and the Catholic Church November 8, 2018 David Cruz-Uribe

I have been thinking a lot about antisemitism lately.  Obviously, this was sparked by the killing of 11 Jews at the Tree of Life Synagogue in Pittsburgh on October 27.  Had it just been the shooting, I think I would have moved on–sadly, we have become desensitized to mass shootings in America.  Years ago, after the execution of Michael Ross in CT, a BBC reporter asked me why protesting his execution was so important:  “After all, what’s one more execution in America?”  I fear the same question is about mass shootings is becoming pertinent.

But then one of the priests in my parish mentioned it in such a pro forma fashion that it really caught my attention.  In the middle of  his homily the following Sunday there was some hook, I think about evil, that led him to the synagogue shooting.  However, in one sentence he basically said, “this is a terrible tragedy” and then went back to making whatever point he had been originally trying to make.  There has been no further mention of it at mass since, either in homilies or the prayers of the faithful.  (But, to be fair, the parish FB page did post a notice when our neighboring synagogue had a candlelight vigil.)

I have been bothered before by the fact that my parish seems to be scrupulous in avoiding mentioning anything that happens “in the real world.”  For instance the abuse crisis, either the Pennsylvania grand jury report or the scandal around Cardinal McCarrick, received at best a passing mention in homilies, and we added a generic prayer for “all those who have suffered abuse” to the intercessions.   But for some reason the local silence on this attack has been gnawing at me, even though on the larger stage the Church has spoken out.  Pope Francis strongly denounced the attack.  The USCCB released a short statement, as did several bishops including my own, Bishop Baker of Birmingham (PDF). I was particularly struck by his vow:

We promise to be vigilant in opposing thoughts, words, and actions that reflect religious prejudice or bigotry of any kind.

Such vigilance is important given the Church’s long history of complicity in antisemitism, particularly since this history did not end just because Pope John XXIII removed references to “the perfidious Jew” from the Good Friday liturgy and the Fathers of Vatican II wrote Nostra Aetate.  While both of these events marked a real and important change in the Church, they did not mark the abolition of antisemitism, any more than the election of John F. Kennedy marked the end of anti-Catholicism in America.  There are still Catholics who believe that Vatican II was part of a Jewish-Masonic conspiracy to destroy the Church.  I blogged about this about seven years ago, and I was surprised at the defensive reaction it sparked.

Now it is a fair to say that that these theories are predominantly found among “radical traditionalists,” but I have also found them far outside these circles.  I have a friend whom I could classify as conservative but not a “rad trad”, and he shocked me once by defending the late medieval practice in Spain of forced conversion homilies:  every year Jews were forced into the Cathedral to listen to a series of sermons denouncing their religion and pressuring them to convert.   And during my own youth in a very Catholic town I picked up a number of stereotypes about Jews and money that took me years to extirpate.

Most distressing, however, was running into antisemitism in the heart of the Church.  Seven years ago, during my brief period in the diaconate formation program, my instructor actually defended antisemitism.  He admitted that violence against Jews was bad, but insisted that the Jews shared the blame since “they started it.”  He did not place the blame on Jews crucifying Jesus (the classic slander); rather, he accused them of starting the anti-Christian persecution under Nero.   I was so stunned I was not able to say anything at the time.  I reported what he said to the head of the diaconate program, but to the best of my knowledge nothing came of it.

So antisemitism continues in the Church, and Bishop Baker’s pledge of vigilance is necessary.  But how to address it?  It is enough for our leaders to denounce the shooting?  I do not think so.  We need to probe underneath and find and confront the sources of the violence:  the stereotypes and prejudices that are much more widespread, and which are fertile ground for more dangerous ideas to grow and thrive.   Nativism and ethno-nationalism is on the rise again in America, and it has been embraced by many in the mainstream of the Republican party, or at least tolerated or overlooked.  Antisemitic stereotypes have recently proliferated in Republican political ads, including one by President Trump himself.  Indeed, Trump was at best lackluster in his condemnation of the white supremacy rally in Charlottesville, where the marchers chanted “The Jews will not replace us!”  Nativism and antisemitism go hand in hand.

And this matters to the Church given the depth of support for Trump in the pews.  In the election on Tuesday, widely viewed as at least in part a referendum on Trump, 49% of Catholics voted for Republicans, and 50% for Democrats.  The Pew data is not subdivided by race, but I suspect that if Hispanic and African American Catholics were removed, then a  majority of the white Catholic vote went for Republicans.  (70% of the Hispanic vote overall went to Democrats, as did 90% of the Black vote.)  Now to be absolutely clear, I am not accusing every white Catholic who votes for a Republican of racism or antisemitism.  But I still find it worrisome that they support a President who traffics in nativism and antisemitism.  It might be argued that they support him despite this, but I am not convinced, since he has made these ideas central to his political message.

What is to be done?  This brings me full circle to the reason that this has been nagging at me:  no matter what our Pope and bishops say, nothing is going to change unless this is addressed at a grass roots level.  Priests need to address antisemitism, and more generally nativism, directly.   Antisemitism is an unmitigated evil, and should be denounced.  This does not mean that priests have to get “political”–a bugbear for many conservatives–in the sense of getting partisan.  But the problem needs to be named, specific examples (particularly if they involve local instances) need to be identified, and the question asked:  how are we as Catholics to respond?  Fundamentally, we need to change hearts and minds, starting with our own.

Three years ago, when Trump was still being dismissed by many, I wrote a post making the categorical assertion that no Catholic could, in good conscience, support Trump.   I think the past two years have confirmed many of the fears I articulated, and some of the more outre comments it generated (see, in particular, the defense of “blood and soil nationalism” towards the end) have become more common.   I did not mention antisemitism, but now that it is abroad again in America, we as a Church must take a stand against it.

November 4, 2018
It's Not Really About the Issues
Next Post 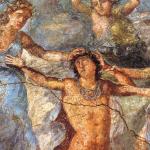 November 8, 2018 The Power of Delusion
Recent Comments
0 | Leave a Comment
Browse Our Archives
get the latest updates from
Vox Nova
and the Patheos
Catholic
Channel
POPULAR AT PATHEOS Catholic
1

On the Patriot Front's Appearance at...
Steel Magnificat
Related posts from Vox Nova

Catholic
If Christ is our only King
Vox Nova

Catholic
Seeking input for a book project on the...
Vox Nova
TRENDING AT PATHEOS Catholic