How to Govern as an Autocrat within a Democratic System

You start by playing to fear.

You will find plenty of people who, for various reasons, are feeling afraid and aggrieved. Exploit that for all it’s worth. Don’t bother concerning yourself with why they feel that way. After all, you’re not out to solve their problems or understand their concerns, but to win their loyalty. You can do this through branding, making superficial validations of grievances and vague but grandiose promises of restoration to greatness, and above all, feeding the fear.

You will find that fear is the touchstone of everything.

Launch a political campaign based on the message that your compatriots have been deeply wronged, that all they know and cherish, their livelihoods, and their very sense of self are under threat, and that you alone can save them from the destruction they most fear. Build up a personality cult. If you can convince even a loud enough minority that you are their final hope and protector, you’ll have a core base of fierce defenders no matter what. Then you can play the field. Give conflicting messages that allow people to choose what they want to hear. Convince those who may be put off by your brashness that you don’t really mean what you say. Your cult followers will already be convinced that you do.

You will encounter opposition. Embrace it. You can use their fear and rage to your advantage too. Turn any critique of you into an attack on your supporters, and your critics will have played directly into your narrative. In this way, division is your ally. Feed it and play it up as much as possible.

If you are elected to office, you have begun your ascent. If not, you will at least have attained a lucrative infamy. And if, by some remarkable feat of manipulation of the moment, you manage to catapult yourself over the usual political path into the highest and most powerful office available, congratulations. You have accomplished something truly unprecedented.

But you’re still only halfway there. Whatever executive privilege you think you deserve, you’re still stuck working with a democracy, with branches of government designed to check and balance each other against abuses of power. This makes working the system tricky – but not impossible.

Remember, those who are fearful are easily manipulated.

It will be as important to manipulate fear within the government as among the electorate. This will be especially necessary if some of the means by which you’ve worked the system bring you under investigation.

The key, in that case, is to maintain constant control of the narrative and to take full personal advantage of every authority you possess. You now have a very public bully pulpit: use it to discredit all investigations into your actions. You now have the power to appoint members of the cabinet and judiciary: use it to gain protectors. Make them love you and fear you. Make it abundantly clear that you view personal loyalty to you as the highest virtue, and disloyalty as the most unforgivable offense.

Sow fear among allies and opponents alike. You’ve had to coopt a major political party to get to where you are. Keep them in your pocket by promising to approve and enact the policies they want. Protect their interests and they will protect yours. It won’t matter if they dislike you or find you embarrassing, as long as they’re afraid to admit it publicly. If a few dare challenge you, make of them a public example of how any such challenge means an end to their political careers.

You can do the same to the opposing party, more easily than you might think. Let them rage and bluster all they want – if they are reduced to playground insults, it only means you’ve brought them onto your turf – as long as they are afraid to hold you fully accountable. Drive as wide a wedge as possible between accountability and any substantive work on “kitchen-table issues,” as if the two were mutually exclusive rather than interdependent. Make them think that any threat to your personal authority, especially any consequence so serious as impeachment proceedings, would be their kiss of death. If you play them well enough, even your savviest congressional opponents will avoid any such consequences like the plague, even if the most skilled stonewalling by you and your protectors ultimately fails to conceal a demonstrably impeachable offense. Again, division is your ally. If the idea of holding you accountable makes legislators fear for their careers and their party, then even your enemies can be made your unwitting protectors.

In this way you can avoid being held accountable, even if there are many who want to do so, by keeping everyone afraid to be the ones responsible for it. As long as everyone keeps passing that responsibility to someone else – the investigators, the legislature, the judiciary, the voters – you will remain free to keep pushing the limits of your personal authority. Where you do encounter limits, keep pushing until you find the weak points and workarounds. Where you encounter outrage, keep playing it to your advantage. Make every outrageous statement or action a distraction from the previous one. Keep everyone either attacking each other in a blind frenzy or numbed by an excess of sensationalism.

Bottom line: keep everyone afraid, and you will get away with pushing the limits farther than anyone had thought possible.

April 15, 2019
On the Temple's Destruction and the Search for Resurrection
Next Post 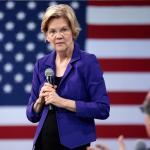