US Bishops Speak on Gun Violence

Every time news breaks of another public shooting, I’ve come to have the same sinking thought: “What? No, not another one.” And then I automatically say a Hail Mary, a habit I’ve adopted on hearing news of any violent or otherwise untimely death.

These statements – from Bishop Frank Dewane, chairman of the USCCB’s Committee on Domestic Justice and Human Development, with the latter two issued jointly by Bishop Dewane and USCCB president Cardinal Daniel DiNardo – diagnose the country’s gun violence problem as a plague, an epidemic against life, a social disease. They include calls for prayer and action, for legislative change and cultural change. We need all of these, and have for a long time.

Except for the references to the specifics of each tragic situation, these are the full responses.

To the shooting in Gilroy, CA:

The Lord calls us to comfort those who mourn and to be peacemakers in a violent world. We pray, and we must, for the victims and their families. The Church should act in ways that heal and support all those affected by gun violence. It is disturbing that our society would seem to allow some to feel comfort in being violent. Our legislators must make changes to our gun policy to prevent the loss of life. As Americans, we must be honest with ourselves that we have a sickness, almost a plague, with the problem of gun violence. As Christians, we must look to the cross, repentant of the ways that have led us to this point and, with God’s grace, abandon such senseless, inhuman acts. Let us resolve to make the sacrifices necessary to end the violent killing that saturates our nation.

To the shooting in El Paso, TX:

Something remains fundamentally evil in our society when locations where people congregate to engage in the everyday activities of life can, without warning, become scenes of violence and contempt for human life. The plague that gun violence has become continues unchecked and spreads across our country.

Things must change. Once again, we call for effective legislation that addresses why these unimaginable and repeated occurrences of murderous gun violence continue to take place in our communities. As people of faith, we continue to pray for all the victims, and for healing in all these stricken communities. But action is also needed to end these abhorrent acts.

To the shooting in Dayton, OH:

The lives lost this weekend confront us with a terrible truth. We can never again believe that mass shootings are an isolated exception. They are an epidemic against life that we must, in justice, face. God’s mercy and wisdom compel us to move toward preventative action. We encourage all Catholics to increased prayer and sacrifice for healing and the end of these shootings. We encourage Catholics to pray and raise their voices for needed changes to our national policy and national culture as well. We call on all relevant committees of the United States Conference of Catholic Bishops to outline a reinvigorated policy agenda and pastoral campaign to address ways we can help fight this social disease that has infected our nation. The Conference has long advocated for responsible gun laws and increased resources for addressing the root causes of violence. We also call upon the President and Congress to set aside political interests and find ways to better protect innocent life.

Some will surely accuse the bishops of speaking out too much on this issue, and others, of not speaking out enough. But while it remains to be seen whether and how it will unfold into further action, I am thankful that they have spoken in this way. From a Christian perspective, this is not, or shouldn’t be, a partisan issue. For the Church’s shepherds in a society so plagued by this “epidemic against life,” it is a pastoral issue – and for all of us, a life issue.

Lord, giver of life, have mercy on us. 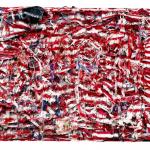 Catholic
A Litany of Saints for Peace, Life and...
Vox Nova
TRENDING AT PATHEOS Catholic