The news came this morning. Another idol has fallen from his pedestal. Jean Vanier, a beloved spiritual writer, activist, and the world-renowned founder of L’Arche – an organization that strives to build community and promote the full social inclusion of people with intellectual disabilities – faces allegations of having abused six women over a period of many years. Given the climate we live in, I am disappointed but sadly not surprised.

“What a tough time it is to be a Catholic,” a translator acquaintance lamented to me recently while discussing the awkward conversations that can ensue if we reveal our religious identity in more secular circles. The stain on the Church appears to only be spreading. In my own hometown of Buffalo, NY, as in so much of the world, Catholics have been forced to reckon with a long history of clerical child abuse – coupled with a long history of systemic attempts to silence victims and hide the truth.

What do we do when confronted with such brutal realities, when we realize that our saints are really sinners, when we must reckon with the harm that has occurred within the Church we call home? Perpetrators must be brought to justice; victims’ suffering must receive due recognition; wherever possible, some kind of reparations must be made. But what are individual Catholics to do with the knowledge that those we’ve entrusted to lead us have instead betrayed us?

For me, one answer came at last year’s conference on the Catholic Literary Imagination. In a keynote lecture that to my ears sounded more like a poem, noted essayist Richard Rodríguez dared us to imagine the lived experience of those who seem the most monstrous. “We know nothing about the burden of these fallen priests,” Rodríguez said. “We don’t know their stories. What did they think they were doing? [….] We have no idea who they were, or what they suffered [….] Our imaginations have gone dull.” Most unsettling was his stark reminder that, no matter how heinous their crimes, they are still part of the same Church we claim to belong to. We can and should condemn their actions, but we cannot cast them off.

This is quite a disturbing thought. It is much easier to distance ourselves from the wrongdoers, to scoff in righteous indignation, to claim that we ourselves would never commit such heinous crimes. But every heinous criminal is as human as any of us. Perhaps we hold more in common with them than we would like to admit.

In his recently published collection of poems, Grotesque Tenderness, the Canadian poet Daniel Cowper dares to imagine the mind of a sexual abuser. The book’s first section, “The Life and Crimes of Sextus Tarquinius,” comprises thirteen poems based on the story of the famous Roman’s rape of Lucretia. However, once one starts reading these poems, we see that we are actually dealing with a Tarquin of our own times. As a child in 1942, the future rapist survives the horrors of the Krakow ghetto, struggling to understand how someone might hate him with no provocation:

Sextus asks: What do the Germans think we did?

Father shrugs. Someone should say we didn’t

the boy suggests. Then one day Mother’s gone,

Then: I’ve paid someone to hide you. You’ll leave

Later, we come to see this Tarquin as he grows up, learns to live with this trauma, and finds a kind of salvation behind the lens of a camera, a realm where he can gain a sense of autonomy and control. He eventually becomes a famous filmmaker and starts a new life in California, only to face yet another horror that is beyond most of our imaginations: his wife, “Eve,” is violently killed, her body mutilated. It is not long after this that he meets an adolescent Lucretia. Unhealed from his trauma, he goes on to traumatize her:

Notes for the Sentencing

parts of a hand pressed on a flashlight.

We shared a quaalude in my studio. Like ale clarified

with isinglass, as the chemicals took effect

they made her more translucent. Looking down at her

was like looking at you, Eve, through moving water

and she moaned no unfairly using your voice,

and no again, as if complaining to herself

that coppered you and the madrona branches

that night we camped and fought in the uplands.

After our anger melted on our tongues like salt,

you and I lay down in a pile of arbutus leaves

and bark that crackled into anxious breath.

I wanted you but you turned away.

When I pulled you near you fought back

silently until I paired your limbs with my limbs

and made you couple with me. Even then you hissed

no to yourself, and no again,

until we flinted off a third heartbeat between us.

You held me while we started to overlap

in the fluttering thing that unfolded inside you.

I thought I smelt again spiced gasps of leaves and bark

leaning over this girl I wanted

who was sulky from being stoned

and somehow lit up with you.

After Lucretia left, saying nothing, I slept,

dreaming a thing that was dead

and had always been dead.

of long grey worms that snaked out blindly

I am a real fan of some of Roman Polański’s films. Knife in the Water, an exploration of classism within Poland’s newly established communist regime after World War II, is a brilliant character study; The Pianist, which doubles as a biography of famed musician Władysław Szpilman and an evocation of Polanski’s own story, is one of the best recent witnesses we have to the Holocaust and the Polish experience of World War II. Nevertheless, it is hard to appreciate this artist’s work while knowing that he is also a man who drugged and raped a child. Can I really separate the artist from the man? It’s the same question I had to ask when, in the wake of #metoo, bad news came out about several authors my students have enjoyed reading.

I still have not found an answer to this dilemma. Cowper’s poetry, however, goes beyond this question to ask a much harder one: how exactly did the man come to commit this crime? What was in his mind? The purpose is not to justify Polański’s actions in any way, but rather to imagine the source of his evil, exploitative impulse – an impulse that unfortunately lies within us all.

“Media coverage often paints sexual predators as freaks or monsters impelled by perversions alien to the normal male. The implicit assumption (that normal men are incapable of similar sexual misconduct) helps us to distance ourselves (and men we like) from the identified wrongdoers,” says Cowper in an afterword to the book.

“However, while that assumption might be reassuring, it strikes me as untrue and unhelpful. I believe that acknowledging and understanding our innate potential for monstrosity is a crucial step towards preventing that potential from being realized.”

I am extremely grateful to Cowper for daring to reckon with this issue. It is a courageous and necessary step. In the #metoo era, there has been a focus on the victims of abuse – victims who for a very long time were forced to remain silent, who often still are not believed. Cowper reminds us that there are no victims without perpetrators, and unfortunately, these perpetrators are not all that different from you and me. He has dared to imagine the truth of evil, which nearly always justifies itself under a guise of good – or at least justifiable – intentions.

This desire to imagine evil in order to understand it and recognize its presence among us becomes harder when dealing with religious leaders who commit these crimes, as they are the ones we often charge with a special kind of moral authority. However, Richard Rodríguez eagerly reminds us that at the end of the day, this authority belongs to God alone. “Before their power was removed, before we knew their secret, they were truly priests. This is our faith as Catholics,” he said during his talk. “We also say a decadent Renaissance pope who married his daughter was a true pope — not because of him, but because of the grace of Jesus. He could baptize […] When we found out [that these priests] were sinners, we didn’t ask for our money back; we didn’t say we had to be baptized again. We knew we’d been baptized by a sinner. It’s the most remarkable thing – how the grace of God overwhelms our failures.”

If what believe is true, the final answer must be yes. 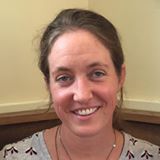