There are UFOs in my neighborhood. Should I be concerned?

I’ve always been fascinated by UFOs. It may have started as a young boy, when visiting my aunt’s shore house a few miles from where I live now. She used to tell me about the “ghost lights” that appeared in the sky some nights. One night I saw one for myself, dancing against a dark sky, buy my memory is vague as I was only six or seven at the time.

Every so often I’ll pick up a book on UFOs, including one I just finished titled UFOs. Generals, Pilots, and Government Officials go on the Record. In the book, journalist and author Leslie Kean states that 95% of UFO reports are routinely dismissed for a variety of reasons, so she decides to take a closer look at the 5% that can’t be dismissed, the ones that aren’t weather balloons or atmospheric conditions, and are witnessed, as her title suggests, by people of impeccable character.

The author’s overall belief is that the US government isn’t concerned, because they don’t seem to pose a threat. After all, since reports of UFOs started booming in the 1940’s, there has a not been a single case of a UFO attack. But what does have the government concerned are the preponderance of sightings that seem to take place around military bases and nuclear power plants.

I know because the place I first saw a UFO over at my aunt’s house was on the Barnegat Bay, minutes from the Oyster Creek nuclear power plant. And apparently, the UFOs haven’t stopped visiting my area because a Google search reveals a plethora of sightings. Here’s a typical entry I found on a UFO reporting site when searching “Barnegat Bay + UFO”:

At 4 AM on June 20, 2009, I was traveling east on Michigan Avenue and could clearly observe a large extremely bright ball of light hovering above Barnegat Bay, a quarter mile west of the Barnegat Inlet. I would estimate the ball to be 80 to 100 feet wide. The object was projecting a direct reflection onto the water, and was hovering 300 to 400 feet above the water. It was the brightest light I have ever observed, At 5 AM, the object instantly vanished.

More people have seen UFOs than you might imagine, as it’s reported that 90% of sightings actually go unreported. As an example, I was at a party recently telling some friends about the Leslie Kean book, when a woman who overheard the conversation jumped in.

40 years earlier, in an undeveloped area of Toms River, NJ, she and her husband had witnessed a UFO landing in their backyard. They went outside to investigate only to have the brightly lit craft take off and disappear in little more than the blink of an eye. Not only did they not tell the police, they did not tell their children, who heard the story for the first time that night.

The fact is there are an amazing amount of UFOs spotted every day, they often just don’t make the mainstream press. But I can almost guarantee you, type in “the largest town/city near you + ufo” into a Goggle search, and you’ll find it quite enlightening. Or depending on your perspective, scary.

What are they and where might the come from? While many believe they truly are beings from another planet, in the book Angels and Aliens, author Keith Thompson posts a unique theory that UFO encounters contain mythic and legendary elements and may come from somewhere deep within our psyche. Thompson compares UFOs to visionary experiences like angelic visions, shamanic journeys and folkloric encounters with fairies.

But this all might be best summed up by an anonymous reviewer at amazon.com who writes: Sometimes a UFO, with beams of light, hard cold metal, sounds, visible and physical effects on people, animals, and environment, is just that: a real, actual craft. However, it may be that the responses of witnesses, culture, society and the actions of the UFO and its occupants play out mythic scenarios. The two different settings do not cancel each other out.

New Visions
A 10-Step Guide to Leading a More Spiritual,...
Wake Up Call

New Visions
SBNR? Here are 2 Non-Religious Prayers You Can...
Wake Up Call 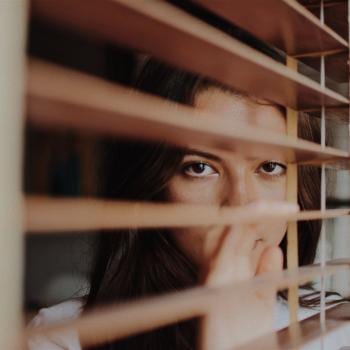 New Visions
The Importance of Solitude (Even When You’re Stuck...
Wake Up Call 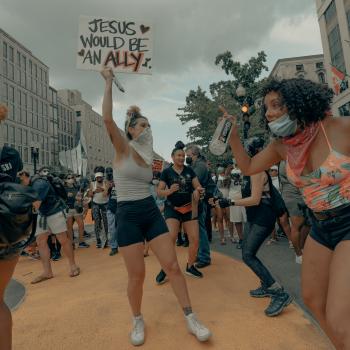 New Visions
What Would Jesus Do Today? Protest
Wake Up Call
TRENDING AT PATHEOS New Visions