What’s going on these days? When did we lose our sense of simple human decency and respect for other people, regardless of our differences in opinion or politics or ethnicity?

I could point a finger at the man in the White House for setting an ugly and divisive tone. But perhaps it was coming to fruition just before then, most notably in online message boards where, under the cover of anonymity, crude and hateful language has been legitimized.

It’s got to change—and the change starts with you.

“What?” you say, I’m not involved in the rancor coming out of DC or caustic online discussions. Neither am I. But that doesn’t mean we can’t take a fresh approach to how we deal with our own individual interactions. Our words matter. We can show greater compassion. We can choose to respect the opinions of others, even if they’re in opposition to our own.

We can follow what is known as “Thumper’s Rule.” Ever hear of it? In the Disney film Bambi, there’s a young rabbit named Thumper who remarks that the fawn Bambi is “kinda wobbly” and “doesn’t walk too good.” Well, Thumper’s mother doesn’t go for that kind of language and gives him a piece of advice we all can use, a sort of verbal golden rule:

“If you can’t say something nice, don’t say nothing at all.”

In the book The Lessons of St. Francis, How to Bring Simplicity and Spirituality into Your Daily Life, John Michael Talbot tells us other ways we can change the way we interact with the family, friends, co-workers and acquaintances we encounter each day. It’s a small step that at minimum can make our little corner of the world a better, more compassionate place. I’ve distilled Talbot’s thoughts, which were influenced by the life of St. Francis, into three primary steps:

Nothing shows that you’re interested in another person like giving them your full attention. That means phone down, preferably off and nestled in your pocket or purse, and eyes focused on the person across from you. The writer G.K. Chesteron explains St. Francis’s approach to eye-contact this way:

There was never a person who looked into the eyes of Francis without being certain that Francis was really interested in them; in their own individual life from the cradle to the grave; that they themselves were valued and taken seriously.

Can’t we do the same when we talk to others? Show others they are valued and taken seriously?

When listening to another person, we’ve got to resist the all-too-human urge to critique what they’re saying. As Talbot states, “Compassion isn’t about whether you approve or disapprove of what someone is saying; it’s about understanding another person. It isn’t about promoting your agenda; it’s about comprehending someone else’s.” That means putting the other person first, listening instead of waiting to talk.

Forgiveness simply means getting down off our throne of judgement and releasing those who have offended you from your hostility and anger. Everyone deserves a second chance. And your most important relationships may deserve a third and fourth chance. Talbot quotes Frederick Buechner who writes that forgiveness is a way of saying:

You have done something unspeakable, and by all rights I should call it quits between us. Though I make no guarantees I will be able to forget what you’ve done, I refuse to let it stand between us. I still want you for my friend.

Anger has a way of causing us greater harm than doing us any good. As the father of American spirituality, Ralph Waldo Emerson, once said: “For every minute you remain angry, you give up sixty seconds of peace of mind.”

In Talbot’s book, I was also reminded of a poem that St.  Francis once wrote to a close friend about the nature of God. I have paraphrased it below. There may be no man, woman, or child alive today that encapsulates all these traits, but I think they are qualities we all can strive for each and every day.

You are wisdom.
You are humility.

You are our haven and our hope.

January 15, 2018
3 Spiritual Insights from Bono’s Brush with Death
Next Post 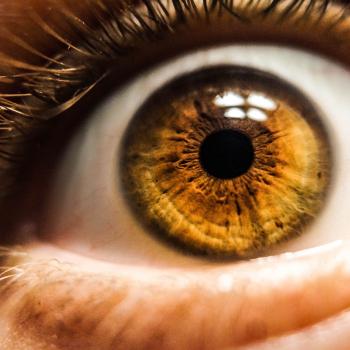 New Visions
6 Ways to Wake Up and Reconnect with...
Wake Up Call
TRENDING AT PATHEOS New Visions