What Would Jesus Do Today? Protest

Imagine for a moment that Jesus was alive and walking the Earth today. Would he be hanging out with Christian churchgoers, attending Bible study and weekday services? Or would he be on the front lines with those seeking justice, marching arm-in-arm with the masses, demanding fair and equitable treatment for all?

Re-reading Sister Joan Chittister’s 2019 book The Time is Now, the 84-year old Benedictine nun and social activist makes it easy to see what Jesus would be doing today: Jesus would be on the front lines supporting those who are oppressed and those who support them.

Jesus met an early death at age 33 (though some scholars say 34 or 35) and let’s not forget the reasons behind his death. While we may read his words for guidance and inspiration today, during his time his words were a threat to those in power. His ideas threatened to disrupt the status quo of both the Roman Empire and the religious leaders at the Temple. Chittister explains it this way:

If people continued to follow Jesus in growing numbers, such new ideas, such dangerous insights could have toppled the tightly held authority of both Temple and Throne. New ideas endanger old systems, old rulers. They cast doubt on their moral integrity because if this new thing is right, then the old thing was wrong, or at least deeply lacking.

Many in our society today live by these old ideas and as a result, Chittister warns that we have become complacent, “a privileged people in a privileged world.” We live in our own bubble, oblivious to the plight of others who don’t share our social standing or skin color, our race or religion. Chittister reminds us that this was not the path of Jesus who reached down to lift up all others:

Jesus healed the outcast and the enemy. He gathered women as well as men to his side. He chastised leaders who overlooked the poor. He stood up and in a clear voice declared wrong any policies, sacred or secular, that burdened the backs of the powerless and crushed the spirits of the poor.

The solution to our current societal ills? Sister Joan challenges us to “live as Jesus lived” and to “follow in the footsteps of Jesus in our own communities and social system.” This is not the sanitized version of Jesus that dwells in many churches and in our popular culture. This is a more radical Jesus, the one who moves amongst all people, regardless of their age, race, sex or standing in life:

Jesus models for all of us what it means to live outside the norms of a society that has forgotten its soul. He did justice for Samaritans, for Romans, for sinners in the very face of injustice. He spoke the language of equality in everything he did.

Chittister believes that Jesus again wants us to follow his lead, to stand up for the poor and the persecuted, to speak out for those who have no voice or whose voice has been ignored for too long. She asks us to take action when we see or hear about acts that are spiritually and morally indefensible—and there may be no acts more morally indefensible as the police brutality we have seen on our TV screens. She states:

We often ignore, resist, reject the idea that, like Jesus, we have a role to play in righting a world whose axle is tilting in the wrong direction….to follow Jesus means that we, too, must each do something to redeem our battered, beaten world from the greed that smothers it.

She reminds us that the while Jesus could be loving and kind, he had another side. This Jesus challenged religious “authorities” and their antiquated views. This Jesus, when he sensed spiritual laws were being broken, upended the moneychangers’ tables in the Temple. Chittister writes:

There is no room for maintaining the perfect spiritual routine, the antiseptic moral cleanliness… none of that marked the life of Jesus himself, who consorted with sinners, healed foreigners, called women to discipleship, contended with scribes about the nature of faith, and irritated the leaders of both religion and government.

We have to be about something greater than ourselves.

The line above from Chittister is a reminder that we must sometimes fight our own complacency and our belief there is nothing we can do. In her words, “The work of God is in our hands. To ignore that is to ignore the very fullness of life.” It is up to us to “speak up and speak out.” She tells us that:

Those who risk nothing, risk much more. While we keep our heads down, our mouths closed, our public reputations unblotted, thanks to the silence we keep in the face of great public issues of the day, the pillars of society erode around us. The Constitution flounders against the political ambitions of the very people pledged to protect it.

In the words of Barack Obama, we are the change we seek. We are the ones who must lead, influence, participate, teach those in need of teaching, discuss and push for legislative solutions to our current problems. In the absence of a return of Jesus, we must be the ones to do the work of God here on Earth.

A final note: If you are unsure how you can help those seeking a just society, you might consider these words penned by comedian and author Baratunde Thurston:

Start asking questions about your own relationship with what it means to be white, with the unearned privilege. It’s not a negative thing, but it’s a true thing. Don’t feel bad about it. Feeling bad about your superpower helps no one. Superman doesn’t mope around about his super strength. He uses it to help people. 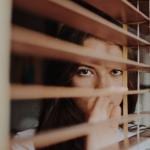 June 17, 2020 The Importance of Solitude (Even When You’re Stuck at Home)
Recent Comments
0 | Leave a Comment
"Most of the mature reflections (minus any god delusions) appear fairly valid.Entirely human "spirituality" is ..."
rationalobservations? Do You Possess the 8 Insights ..."
"Succinctly put, not much. For me, the earliest Christians had to be considered a Jewish ..."
Tom Hanson The Secret Story Behind the Resurrection ..."
"Thank you for your thoughtful reply.What do you think of the idea that Paul and ..."
Sandy Plage The Secret Story Behind the Resurrection ..."
"Graves and tombs are not literal documents per se; archaeologists find frescoes in tombs, not ..."
Tom Hanson The Secret Story Behind the Resurrection ..."
Browse Our Archives
get the latest from
Wake Up Call
Sign up for our newsletter
POPULAR AT PATHEOS New Visions
1

New Visions
The Birth of Jesus: According to the Gospel...
Wake Up Call