Is it Time to Separate God from Religion?

I want to know for sure if there is more to life than this meaningless materialistic world. I have been quite successful in life by almost all measures. Yet, somehow, I don’t feel fulfilled.

That’s a quote from the new book Rethink God by Nadiez Bahi and it captures what many of us feel at some point in life: Is that all there is? Only Bahi doesn’t just sit back and contemplate his existential plight, he travels “the corners of the world talking to philosophers and scientists, materialists and mystics, commoners and elites, promoters of religion and antagonists of divinity.”

Bahi sets out to answer some of the most profound questions we face, including what is the meaning of life and does God really exist? While his book is structured as a fictional conversation between two friends, the underlying story is real. His search takes him down many paths, covering topics like the Big Bang, evolution and the nature of consciousness. Only to discover that in every case, the scientific facts neither prove or disprove the existence of God.

The next place he looks is religion—and the role it plays in our relationship to God.

Bahi examines the advent of religion and how in ancient times, people relied on a number of gods to provide answers to the mysteries in their lives, from fertility to agriculture to natural disasters like floods and earthquakes. But as man begins to understand these different phenomena, the need for multiple deities fades and monotheistic religions (with one God) start to appear. And religions begin to multiply.

Today, there are about 4,200 religions in existence. Bahi, a Muslim by birth, points out that “almost every one of them claims to be the right one” and dismisses the others. It’s what Bahi refers to as the “100% right syndrome.” This idea, that whatever religion I belong to is right and all other religions are wrong, works in tandem with the “absolute attachment of God to religion” as “one unbreakable unit.” My religion = God.

The answer, of course, is yes. Religion and God can be, and ought to be, disengaged. Bahi believes that we can cut “the middleman” out and have the inherent power to establish our own personal relationship with God—without relying on a minister, rabbi or imam to read us religious texts and show us the way. In his words:

Each person should read what he or she believes is God’s message and interpret it in their own way. People need to realize that the connection doesn’t need a mediator. The relationship needs to be personal for the communication to work. Communicating through a middleman never made a relationship stronger. God’s receptors don’t work better for a priest who’s praying for someone he doesn’t know.

How can we communicate with God? Like communicating with any person, we need to know the language—and the language of God is universal and can be found by exploring the inner self. Bahi tells us that when you master the language, through acts like prayer and fasting, communication is easy. You may prefer to communicate with God through contemplation, meditation, communing with nature, or any act that puts you in touch with the deepest part of your self.

Bahi’s message echoes what Thomas Moore said in his ground-breaking book A Religion of One’s Own, A Guide to Creating Personal Spirituality in a Secular World. Moore preached about a new approach to religion, one in which we become our own spiritual counselor and develop a practice that is personalized to our own spiritual proclivities. Such a practice can use elements from the world’s great religious traditions, while adding our own personal touches. Moore tells us:

This new kind of religion asks that you move away from being a follower to being a creator. I foresee a new kind of spiritual creativity, in which we no longer decide whether to believe in a given creed and follow a certain tradition blindly. Now we allow ourselves a healthy and even pious skepticism. Most important, we no longer feel pressure to choose one tradition over another but rather are able to appreciate many routes to spiritual richness.

Through a dedicated spiritual practice that we develop on our own, we come to realize a middleman, in the form of religion or a man of the cloth, only gets in the way, serving as a smokescreen between us and God. It’s the same point Bahi makes. The Divine is right here, within our own reach, waiting for us to begin a dialogue.

A short note about prayer—and all it can mean.

The idea of prayer as a way to communicate with God was mentioned earlier. If you were raised a Catholic like I was, you may see prayer as a formal and stilted exercise comprised of the rote recital of Our Father’s and Hail Mary’s. Nothing is further from the truth. This passage from the Episcopal priest and author Margaret Bullitt-Jonas may change your perception:

As Bullitt-Jonas makes clear, there are no rules around prayer. Your conversation with God can occur as you clean the house, walk down the street or sip your morning coffee. It can be said aloud, silently spoken or may not include words at all. Prayer can be what you want it to be and all it requires is your time and your presence.

May 5, 2021 The Miracle of Fatima: A Visit by Mary—or Something Stranger?
Recent Comments
0 | Leave a Comment
"They're completely safe, they just don't help."
wicked_ayumuuu The Man Who Found Success by ..."
"hahaha he did <(￣︶￣)>f.E1269.US/L5324Bg"
Landi How many Thanksgivings do you have ..."
"those guns sounded too real for paint guns... wth?L.M6K2U.ME/LU5117T"
nikhil29 10 Surprising Truths about Jesus (You ..."
"Your explanation? Do you simply assume that the children were deliberately perpetrating a fraud on ..."
Max Alberts The Miracle of Fatima: A Visit ..."
Browse Our Archives
Related posts from Wake Up Call 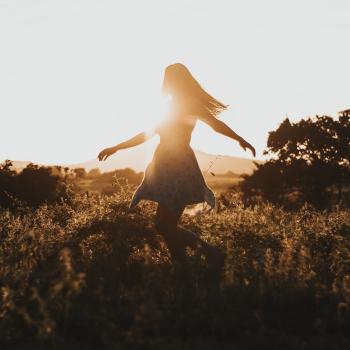 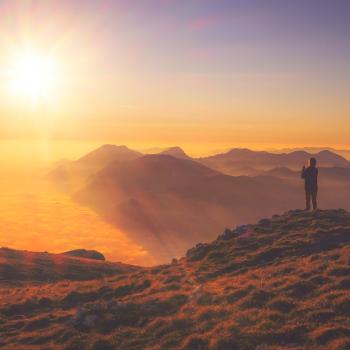 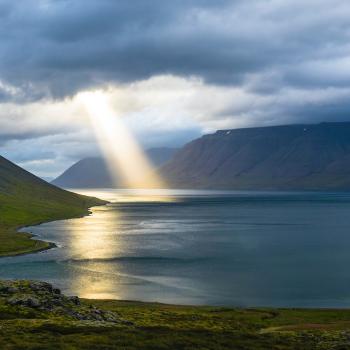