Heroes come in all shapes and sizes, and some even have paws.
Dogs have become more than mere pets, in the eyes of many these companions are friends and family. But when it comes to dogs that serve in the military, they become equal members of the team. Each day, these canines’ actions and reactions to often difficult situations impact the personal safety and care of men and women as they serve their communities and country.

In The Line of Fire: More Stories of Man’s Best Hero shares moving and exciting stories of a dozen amazing canines whose lives have been constantly on the line. Dogs that set forth on life-saving missions, and even became goodwill ambassadors, empowering those with whom they work.
Their incredible missions showcase the most positive aspects of the units with whom they’ve worked, while serving as narratives that teach mankind about courage, faith, and loyalty. After hearing these often edge-of-the-seat tales you might be encouraged to emulate the very animals that serve us. 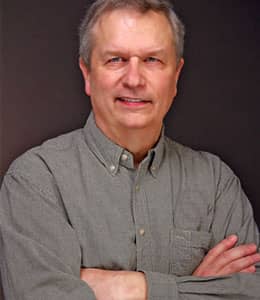 Ace Collins is the best-selling and award-winning author of more than 60 titles, including The Stories Behind The Best-Loved Songs of Christmas, Darkness Before Dawn,  and Lassie: A Dog's Life. Ace frequently speaks across the country and on radio and has appeared on national television shows, including Good Morning America, The Today Show, CNN, Fox and Friends, Entertainment Tonight, The Early Show and more. When not writing, he works as a magazine editor and graphic designer, as well as host for a charity organization radio and television broadcast. Ace and his wife, Kathy, are based in Arkadelphia, Arkansas.