Book Excerpt: The Gift of Institutions

There aren't many words less popular in our world than institution. We remember with horror when persons with mental illnesses or cognitive disabilities were "institutionalized," cut off from families and communities in a life that was less than life. Many people declare their appreciation for spirituality, but their distance from "institutional religion." Many of my own generational cohort, so-called Generation X, have avoided positions of institutional responsibility long after previous generations had settled into them, and until very recently I was one of them. The well-known Christian speaker and performance artist Rob Bell spoke for many of us when he rhetorically asked a group of pastors in October 2010, "Do you ever feel like you signed up for a revolution and ended up running a corporation?" Implicit in Bell's question was a deep suspicion of institutions—both in the ideal of being a radical revolutionary and in the horror of being a mere bureaucratic functionary. Perhaps it is not surprising that a year later, Bell left the church he founded for a less institutionally constrained life in the City of Angels.

Institution is the name that sociologists have given to any deeply and persistently organized pattern of human behavior. "A football" is a cultural artifact, but "football" is a cultural institution: a rich and complex system of behaviors, beliefs, patterns and possibilities that can be handed on from one generation to the next. And it is within institutions, in this broad sense of the word, that our most significant human experiences take place. Institutions are at the heart of culture making, which means they are at the heart of human flourishing and the comprehensive flourishing of creation that we call shalom. Without institutions, in fact, human beings would be as feeble and futile as a flat football.

Institutions create and distribute power, the ability to make something of the world. The game of football—the institution—is an opportunity for kinds of image bearing that would be impossible in a world without it. When a quarterback spots an open wide receiver far down the field and throws a perfectly targeted pass, we jump out of our seats and cheer (or, if we're rooting for the other team, shake our heads in resigned admiration) because we have just witnessed a particular kind of flourishing: human beings performing astonishing feats of strength, agility, discernment and foresight under tremendous pressure.

Yet this moment of flourishing would mean little without the institution that surrounds it—the defensive and offensive lines contesting to block or advance the pass, the officials to certify fair play, the coaches who helped design and perfect the play, and the crowd to witness it, cheer, invest it with significance and cherish it in memory. Without all these other players that remarkable pass would be much less remarkable, and it would not be remarked. It would not be noted and rehearsed and replayed so that all its significance can be celebrated. And so it is not just the quarterback nor just the receiver who is invested with power in a given play—all the other "players," whether they are on the field or on the couch, are engaged in particular kinds of making something of the world. They are able to exercise their own particular culture-making power only because there are others, past and present, who have made the game what it is.

So on a given midwinter Sunday afternoon in America, millions of people take up various image-bearing roles through the institution of football. If the institution disappeared, even if it left behind all of its artifacts, the distinctive kinds of power that the institution makes possible would also disappear, and Sunday afternoons would be a lot more boring. Boredom, after all, is simply a word for frustrated image bearing. We are made to exercise our power creating and cultivating in the world, and when we find ourselves with nothing to create or cultivate we are bored, dissatisfied for very good reason. Ironically, institution is a word that itself sounds boring, suggesting a place where little creativity or cultivation can be found, but in the fullest sense of the word, institutions are the environments where image bearers flourish in all their astonishing variety. Healthy institutions are the ultimate antidote to boredom; they are the context within which our lives become vivid, meaningful and alive.

This does not mean that institutions are always beneficial—quite the contrary. Just as institutions make image bearing possible, so they also make possible, and perpetuate in the deepest and most lasting ways, the twin distortions of idolatry and injustice. Nor are all institutions equally beneficial or harmful. Football is a game of strength and aggression, a kind of stylized warfare, but in some societies at some times, equally elaborate institutions including officials, stadia and cheering crowds gathered around combat that was literally mortal. Surely football is an improvement over the gladiatorial games. But by occupying so many millions on a given Sunday afternoon, football may also crowd out other institutions that might be far more suited to comprehensive flourishing. 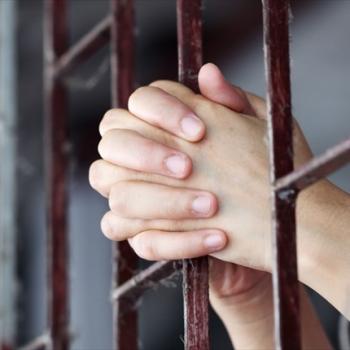 How Did Covid-19 Affect Your Most Significant Relationship? A Birthday...
Vance Morgan
4