Read the Introduction From "Called to Community"

How would you go about destroying community, isolating people from one another and from a life shared with others? Over thirty years ago Howard Snyder asked this question and offered the following strategies: fragment family life, move people away from the neighborhoods where they grew up, set people farther apart by giving them bigger houses and yards, and separate the places people work from where they live.1 In other words, "partition off people's lives into as many worlds as possible." To facilitate the process, get everyone their own car. Replace meaningful communication with television. And finally, cut down on family size and fill people's homes with things instead. The result? A post-familial, disconnected culture where self is king, relationships are thin, and individuals fend for themselves.

On the whole, this destruction of community has only been compounded by the advance of digital technology. As Sherry Turkle observes in her book Alone Together, the web's promise of "bottomless abundance" has left millions inwardly and relation­ally famished. We live, Turkle suggests, in a "culture of simulation," where real, tactile, face-to-face relationships of loyalty and intimacy are all but a memory. Ours is truly an age of isolation, with relationships that may be friction free but also very shallow and fleeting.2

In a culture of connectivity, where we have countless people to text and tweet, millions are under the illusion that a networked life is a rich, meaningful life. But community is more than connectivity. Although it is easier than ever to communicate and stay in touch with one another, we are fast losing the ability to commune with one another. We know how to text, but we don't know how to converse. We exchange vast amounts of information, but find it increasingly difficult to confide in one another. We no longer know how, or think we don't have the time, to give each other our full attention. Though we may not be alone in our virtual worlds, we remain lonely. Our lives lack cohesion: we live in pieces, in fragments, lacking any overall pattern or any steady, identifiable community in which to belong.3

Social commentator Michael Frost suggests that our culture has become like an airport departure lounge, "full of people who don't belong where they currently find themselves and whose interactions with others are fleeting, perfunctory, and trivial."4 Nobody belongs there, nobody is truly present, and nobody wants to be there. We're tourists who graze from one experience to another, nibbling here and sampling there, but with very little commitment to bind us to one another. We exist in an untethered "nowhereness," under the illusion that we are free. And yet, as Robert Wuthnow observes, "community is sputtering to an undignified halt, leaving many people stranded and alone."5

The disappearance of community has led to a plethora of human and social problems, which have been exposed and explored in countless books. The question this collection of readings seeks to answer is what we can do about it. Many social commentators have addressed the problem and continue to grapple with it. New structures of belonging have been proposed, many of which hold promise. But as good and viable as these may be, the main thrust behind this book is that the answer lies in the hands of God's people. We need more than new structures. We need a spirit-filled life that is capable of combatting the corrosive ideologies of our age. Only when the church lives out its original calling, as a contrast community and foretaste of God's coming reign, is there hope for the world. And there is hope. The Bible assures us that through faith in Jesus and by God's spirit a new kind of social existence is possible. Christ has defeated the principalities and powers that keep people apart. In him relationships can be healed and transformed. This is what being the church is all about.

Although many people bemoan the fact that society is so fragmented, a small but growing number of people are daring to step away from the status quo and follow the beat of a different drummer. Committed followers of Christ from every corner of society and from all walks of life are responding to Christ's call to embody an integrated spirituality that encompasses the whole of life and is lived out with others. New intentional communities are emerging that bear witness to Christ's healing power. A radical renaissance is unfolding among disenchanted Christians who are no longer satisfied with either Sunday religion or social activism. Today's Christians want to be the church, to follow Christ together and demonstrate in their daily lives the radical, transforming love of God. 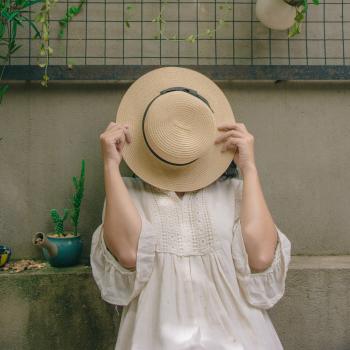 What My Granddaughter Taught Me About Hell
Karl Forehand
2

My Thanks Before Chapter 4 Begins...
Jonathan MS Pearce
3 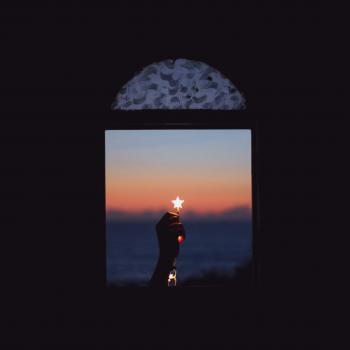 Advent - A Weary World Rejoices: A Letter to West Franklin
Matt Pearson
About
Get Patheos Newsletters
Get the latest from Patheos by signing up for our newsletters. Try our 3 most popular, or select from our huge collection of unique and thought-provoking newsletters.
From time to time you will also receive Special Offers from our partners that help us make this content free for you. You can opt out of these offers at any time.
see our full list of newsletters