In From Willow Creek to Sacred Heart: Rekindling My Love for Catholicism, the bestselling coauthor of Jesus for President, Chris Haw, chronicles his spiritual journey through evangelical Christianity and his return to Catholicism. Haw provides a respectful and engaging look at the megachurch movement and a heartfelt expression of love for the Catholic Church's liturgy and its commitment to the poor.

In the spirit of Merton's Seven Storey Mountain and Dorothy Day's The Long Loneliness, Chris Haw's From Willow Creek to Sacred Heart recounts the journey of a young Christian seeking a personal relationship with Christ within the context of a faith community committed to love, justice, and solidarity with the poor. Haw's journey spans contemporary American Christianity—from a nominal Catholic background to megachurch Evangelicalism, to a new monastic community, and then back to Catholicism after an intense spiritual experience on Good Friday.

Haw's story and style will appeal to Catholics who champion the Church's social teachings, those drawn to monastic practices and living in intentional community, and those seeking solidarity with the poor and marginalized. 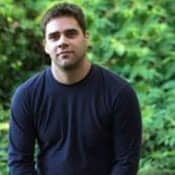 Chris Haw is a husband, father, carpenter, potter, adjunct professor at Cabrini College, and founder of Camden Houses, an intentional community. Raised in Chicago's northern suburbs, Haw was baptized Catholic but joined Willow Creek Community Church as a teenager. Here he met and became friends with Shane Claiborne; the two would later become leaders in the New Monasticism movement along with Jonathan Wilson-Hartgrove.

He earned his double bachelor's degree in theology and sociology from Eastern University and his master's degree in theology and religious studies from Villanova. Upon returning from studies in Belize, Haw started an intentional community in an economically devastated section of Camden, New Jersey, which operates in partnership with Sacred Heart Church. This connection fostered Haw's reassessment of his own faith and in 2006 he returned to the Catholic Church. In 2008 he cowrote Jesus for President with Shane Claiborne. He has been interviewed by Christianity Today, Sojourner's, CNN, and Al-Jazeera.