Praise for "Life's Too Short to Pretend You're Not Religious"

"David Dark is one of our most astute and necessary cultural critics. His work gracefully opens new doors of understanding and breaks down barriers between secular and non, and it puts a lot of old mythology out to pasture with a daring affirmation at the heart of his radical critique. Life's Too Short refreshingly ropes everyone in, insisting that we're all in it together. We forget that."

—Jessica Hopper, author of The First Collection of Criticism by a Living Female Rock Critic

"Effectively skewering a central fallacy of the age, David Dark argues that at the deepest level no one is more or less religious than anyone else. With his premise granted, new avenues for ownership, responsibility and a renewed attentiveness to all we say, do and think arise. Life's Too Short to Pretend You're Not Religious is a call to consciousness and the compassion that accompanies the sacred insight that the whole world is kin and everything belongs."

"Brace yourself. Our bold conceits, wishful thinking and soothing sobriquets on the abolition of religion and the end of faith are set on a collision course thanks to David Dark's luminous reckonings with the real. The result is a shock of recognition: life more abundant awaits us only in the deep immersions of togetherness with others. Here alone are the comedy and chaos that define the human condition and lead us gently or not into the strange new world of grace. Life's Too Short to Pretend You're Not Religious is an irresistible triumph."

"Don't let an aversion toward that radioactive word dissuade you. Life's Too Short to Pretend You're Not Religious is a bracing manifesto for modern people and an optimism-infused love song to humanity. David Dark calls us to pay better, more generous attention to our own lives and the lives of others."

"Prepare to have idols smashed. David Dark renders futile the cherished modern ambition to opt out of human religiosity; religion, rather, is a road we can make by walking with open eyes and informed minds. No marvels of progress can save us from being heretics and holy fools, or prophets, seers and miracle workers. Dark helps us recognize these characters (and more) on the radio, in a dreary parking lot and within ourselves."

—Nathan Schneider, columnist for America magazine, author of God in Proof and Thank You, Anarchy

"David Dark is one of the most important prophetic voices of our day. Life's Too Short to Pretend You're Not Religious is another beautiful demonstration of the winsome way in which he unsettles our language and our imagination. Not content to unravel the basic fabric of our existence, Dark reweaves the fibers into a rich and vibrant vision of the flourishing religious life for which we were created."

—C. Christopher Smith, coauthor of Slow Church and founding editor of The Englewood Review of Books

"Having just finished David Dark's new book, I want to buy stock in Religion Unlimited, meaning that David helps us see why pronouncing religion dead or dying is terribly short-sighted. The writing is muscular yet graceful, and the content is wise and insightful. You couldn't ask more from a book . . . and you couldn't ask for a more important subject."

"I am so very grateful for this book, which, among other things, demonstrates that answering 'Jed'' or 'Toni Morrison' when asked for your religious affiliation is a perfectly legitimate response to that question—thereby arguing us into another definition of what it means to be alive to wonder and mystery. And at a time in our culture when we seem to prefer our 'dialogues' to be conducted behind well-defended barricades from which we lob Twitter grenades, David Dark shows us that there could be another way to live with each other and speak with each other. Each sentence here is graced with a wisdom, humor and humility that can't help but inspire us to be a little less suspicious of each other and to hope a little bit more—and if that isn't a rare gift of prophecy, I don't know what is. Also, he writes like an unprintable word, and for that I am glad." 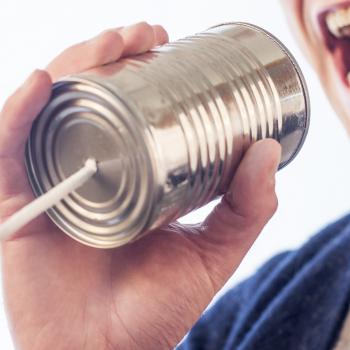 How to Make a Stand on the Right Side of History
Scott R. Stahlecker
2 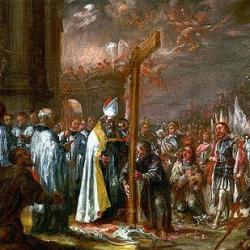 Unsurprisingly, 'New Catholic Movements' Turn Out to Be Hotbeds of Abuse
Cassidy McGillicuddy
3

Funny Signs of the Times--- Part One
Ben Witherington
Get Patheos Newsletters
Get the latest from Patheos by signing up for our newsletters. Try our 3 most popular, or select from our huge collection of unique and thought-provoking newsletters.
From time to time you will also receive Special Offers from our partners that help us make this content free for you. You can opt out of these offers at any time.
see our full list of newsletters
Editor's picks See all columnists