Now Featured in the Patheos Book Club
Follow Me
A Call to Die. A Call to Live.
By David Platt

What did Jesus really mean when he said, "Follow Me"?

In this new book, David Platt, author of the New York Times bestselling book, Radical: Taking Back Your Faith from the American Dream, contends that multitudes of people around the world culturally think they are Christians yet biblically are not followers of Christ.

Scores of men, women, and children have been told that becoming a follower of Jesus simply involves believing certain truths or saying certain words. As a result, churches today are filled with people who believe they are Christians . . . but aren't. We want to be disciples as long as doing so does not intrude on our lifestyles, our preferences, our comforts, and even our religion.

Revealing a biblical picture of what it means to truly be a Christian, Follow Me explores the gravity of what we must forsake in this world, as well as the indescribable joy and deep satisfaction to be found when we live for Christ.

The call to follow Jesus is not simply an invitation to pray a prayer; it's a summons to lose your life—and to find new life in him. This book will show you what such life actually looks like. 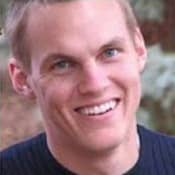 David Platt is deeply devoted to Christ and His Word. David's first love in ministry is disciple-making—the simple, biblical model of teaching God's Word, mentoring others and sharing faith. He has traveled extensively to teach the Bible alongside church leaders throughout the United States and around the world. Atlanta natives, he and his wife Heather, made their home in New Orleans, until they were displaced by flooding following Hurricane Katrina, in 2005. In 2006 David became pastor of The Church at Brook Hills in Birmingham, Alabama. A life-long learner, David has earned two undergraduate and three advanced degrees. He holds a Bachelor of Arts (B.A.) and Bachelor of Arts in Journalism (A.B.J.) from the University of Georgia, and a Master of Divinity (M.Div.), Master of Theology (Th.M) and Doctor of Philosophy (Ph.D) from New Orleans Baptist Theological Seminary.

He has previously served at New Orleans Baptist Theological Seminary as Dean of Chapel and Assistant Professor of Expository Preaching and Apologetics, and as Staff Evangelist at Edgewater Baptist Church in New Orleans. David has written two books, Radical—Taking Back Your Faith from the American Dream and Radical Together -- Unleashing the People of God for the Purpose of God. David and Heather were married in 1999. They are the parents of three children, Caleb, Joshua and Mara Ruth.