"Do Jews, Christians & Muslims Worship The Same God?" About the Book and Authors

Most Jews, Muslims, and Christians are devoted and faithful. Still, on any given day, it's difficult to avoid the vigorous and heated disputes between them, whether over the "Ground Zero" mosque, lobbying state legislatures against Sharia law, sharing worship space, dissecting the fallout of the Arab Spring, protecting civil rights, or challenging the authority of sacred texts. With so much rancor, can there be any common ground? Do they even worship the same God? And can religion, which often is so divisive, be any help at all?

Four internationally known scholars set out to tackle these deceptively simple questions in an accessible way. Some scholars argue that while beliefs about God may differ, the object of worship is ultimately the same. However, these authors take a more pragmatic view.

While they may disagree, they nevertheless assert that whatever they answers to these questions, the three faiths must find the will (politically, socially, and personally) to tolerate differences. Perhaps what can help us move forward as pluralistic people is ia focus on the goal—peace with justice for all. 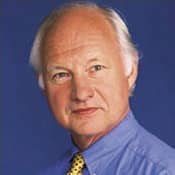 Bruce D. Chilton is the Bernard Iddings Bell Professor of Religion; chaplain of the college; and executive director of the Institute of Advanced Theology at Bard College. He is a scholar of early Christianity and Judaism and is formerly Lillian claus Professor of New Testament at Yale University. Active in the ministry of the Anglican Church, Dr. Chilton is rector of the Church of St. John the Evangelist in Barrytown, New York.

Vincent J. Cornell is Asa Griggs Candler Professor of Middle East and Islamic Studies at Emory University in Atlanta, Georgia. Since 2011 he has also been chair of the Department of Middle Eastern and South Asian Studies at Emory University. He is co-editor of The Wiley-Blackwell Companion to Islamic Spirituality. Since 2002 he has been a key participant in the annual Building Bridges seminars of Christian and Muslim scholars conducted by the Archbishop of Canterbury.

Baruch A. Levine is the Skirball Professor Emeritus of Bible and Ancient Near Eastern Studies at New York University. He has written extensively in the field of biblical and ancient Near Eastern studies. Among his publications are commentaries on Numbers 1-20 and Numbers 21-36 in The Anchor Bible Commentary, the commentary on Leviticus in The JPS Torah Commentary (1989), and In the Presence of the Lord (1974).

Martin E. Marty is the Fairfax M. Cone Distinguished Service Professor Emeritus at the University of Chicago Divinity School, where he taught for thirty-five years and where the Martin Marty Center has since been founded to promote "public religion" endeavors. He is the author of sixty books and has been awarded the National Medal of Humanities, the Medal of the American Academy of Arts and Sciences, and eight honorary doctorates.

Jacob Neusner is Distinguished Service Professor of the History and Theology of Judaism and Senior Fellow, Institute of Advanced Theology, Bard College, in Annandale-on-Hudson, New York. Born in Hartford, Connecticut, Neusner was educated at Harvard University, the Jewish Theological Seminary of America (where he received rabbinic ordination), the University of Oxford, and Columbia University. Read more about his work at www.jacobneusner.com.