Thus, the Canaanite in the story of our present consideration surely believed herself a second-class citizen at best, simply because she was a woman. She probably valued herself not as a daughter of God, but as a servant to men, the same men who belittled her.

Compounding this woman's sense of insignificance and unworthiness was the fact that she was not a Jew. She was from Canaan, a gentile nation despised by the Jews. She was not of the chosen. As she approached this Jewish man, Jesus, she felt intimidated because she was of the wrong gender, wrong culture, wrong nation, and wrong religion.

As if all of this wasn't enough, there is little doubt that she considered herself flawed and sinful. In ancient cultures people believed that defects and deformities in offspring were the result of the sinfulness of the parents. A demon-possessed child would have likely brought shame to the woman. She may have received silent, condescending disdain from her neighbors or possibly outright blame and cruelty.

Looking at all of these facts, we begin to understand how this woman must have felt about herself. She undoubtedly considered herself to be of little or no value. These general feelings of unworthiness were only compounded by the initial responses she received from the disciples and then Jesus himself. First, she was ignored. Then she was told to go away. She heard the disciples ask Jesus to shoo her off. And then came Jesus's own stinging words, "I was sent only to the lost sheep of the house of Israel."

Amazingly, she still didn't give up. Rather, she worshipped him and begged again. But even this act of devotion only served to elicit the final attack against her sense of worth when Jesus answered her with these searing words, "It is not fair to take the children's food and throw it to the dogs."

Imagine how you would feel if, when you approached your pastor for help, his response was that he didn't have time or desire to help "dogs"? How would you react? Most of us wouldn't deal too well with such words. If at this point the woman had become enraged and left Jesus in self-righteous defiance, we would understand. We would see justification if she had given Jesus a piece of her mind and reprimanded him for being so rude. Would we have done otherwise?

But this woman, amazingly, did no such thing. The vital quesHealing tion for us to ask ourselves is what made this woman so strong. How was she able to rise above the sting of first the disciples' responses to her, and then Jesus's responses? From where did she find the dignity and strength to calmly keep pushing for her cause?

The answer is her passionate love for her daughter. The hope and desire for her daughter's liberation from severe inner torment was so powerful that all other concerns were as nothing in comparison. The potential barriers of fear, sense of inadequacy, indignation, and rage did not distract her from her sole concern. This wonderful woman is inspiring in that she refused to let anything take precedence over her love for her daughter, not even her pride.

And from that love she spoke, "Yes, Lord, yet even the dogs eat the crumbs that fall from their masters' table." We cannot help but feel deep compassion for this woman. And finally Jesus responds to the woman in a new way: "Woman, great is your faith! Let it be done for you as you wish." And her daughter was healed instantly.

Now how does the woman feel? Surely she felt unimaginably elated. She must have wept profusely as she rocked her now-sane daughter within her arms. She must have felt a depth of gratitude to which no words can do justice. And Jesus's message must have rung through her mind over and over again: "Woman, great is your faith! Let it be done for you as you wish."

Jesus didn't just heal her daughter, he healed her. In his final words to her, he obliterated a lifetime of feelings of worthlessness. He showed her that she was powerful-that she was important. He showed her that it was her desire and her faith that enabled the healing. And he showed her all of this in a way that would never allow her to again sink into the same quagmire of shame and feelings of unworthiness. From that moment onward, every time she saw her healed daughter, she would witness the living evidence that she was a worthwhile human being. She would remember that it was her faith and persistence that had facilitated the healing of her daughter. Her healed daughter was proof of the truth of Jesus's encouraging and empowering message to her.

Now we are able to see why Jesus treated this woman with such apparent disdain. Jesus knows the hearts and minds of all of us. He knew Nathaniel before having met him. From the beginning, he knew what Judas would do. He knew of Peter's denial before Peter could even fathom such an act. Jesus knew the entire life history of the woman by the well in Samaria. And surely Jesus knew all about this mother whose daughter was demon-possessed. He knew that she felt very insignificant and worthless—like a little dog. He knew, too, that her love for her daughter was so powerful that she would not accept no for an answer. 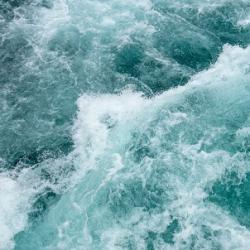 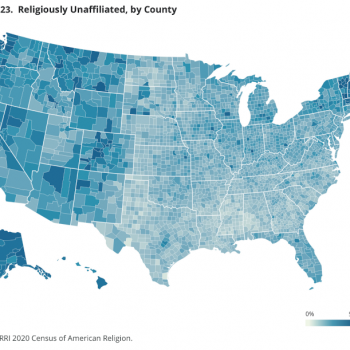 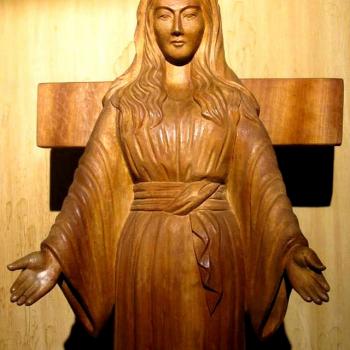 The Amsterdam Apparitions: Where Are We Now?
Dave Armstrong
Get Patheos Newsletters
Get the latest from Patheos by signing up for our newsletters. Try our 3 most popular, or select from our huge collection of unique and thought-provoking newsletters.
From time to time you will also receive Special Offers from our partners that help us make this content free for you. You can opt out of these offers at any time.
see our full list of newsletters
Editor's picks See all columnists