Religion, Politics, Baseball, and Suffering: A Q&A with Elizabeth Scalia

In this compilation of essays culled from various print and online publications carrying her by-line, Elizabeth Scalia gives ample evidence of her struggle against hoo-erdom, in all its bare successes and flamboyant failures. Two highly personal essays, begun as long-ago blogposts, are fleshed out in this compilation, in which art, baseball, travel, resentments, political theatrics, and the beautiful pain of life all get worked through the filter of Scalia's faith. What emerges through twenty-five thoughtful columns is a battle between a largely optimistic heart, and a hoo-er's head that is too inclined toward cynicism. I Don't Want to be a Hoo-er makes for amusing, often maddening, ever-surprising reading that will jumpstart the synapses and leave few unmoved.

We must start with the title. What's the story behind that?

It's actually taken from the second essay in the book, wherein I detail holding resentment and anger toward someone who had harmed a member of my family. That family member, who understood that I was actually poisoning myself with my rage, called me on it with a verse of scripture. I realized that, as unjust as the situation was, my reaction to it was wholly outside of what I am called to as a Christian:

Matthew 5:46 is for the Christian where the rubber meets the road. You either believe all that stuff you say you believe, and you act accordingly, or it's all a lot of hooey and you're the hoo-er.

The hoo-er is a hypocrite. I don't want to be the hoo-er. I am in the midst of a lifelong struggle to refrain from hoo-erdom.

Your book is a compilation of essays on various topics. Is there a general theme or idea that runs through them?

Oh, that's a good question. In looking over the essays, I see that many of them—whether dealing with baseball or art or political sparring or religious in-fighting—touch on either the double standards that inspire anger within us, or the anger within us that blinds us to our own double standards. I can't say that was a conscious theme when I was putting the collection together, though, so perhaps a better way to consider it is as a kind of "snapshot" of where I was at that point in my life. I can say that double standards have always set my teeth on edge. But perhaps my teeth have been grinding for a long time, too. On the other hand, a number of the essays are about finding a mood of reverie and quieting, which may also be part of that snapshot—an angry heart longing for a peace that has some sort of meaning to it.

Interestingly, some of these essays, when I re-read them now, make me quail a bit. I am no longer so at-ease with all of that anger, nor as "conservative" as I once was, although that label was never quite accurate—so few labels ever are. Even as I am discomfited by my own words, though, I am also reassured. Whatever I have been or am today, at least the book is evidence (even if I am the only one who understands it) that I have not stagnated in that spot, but have managed to evolve a bit. And I'm glad to see that even when I was angrier, I was at least thoughtful about it.

Your chapters run the gamut, from light-hearted commentary on baseball to really serious material on suffering. What makes both topics belong in a book like this? 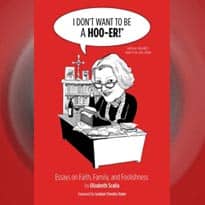 This is basically the scope of my life: religion, politics, baseball, suffering ... that's really all I've got, and the first three all carry within them a thread of the fourth. Nobody gets out of life without suffering—it's the great leveler to which a King is as vulnerable as a commoner—and the source of our suffering is the thing we love, the thing that captures our interest and kindles our everlasting allegiance. The truth of it actually gives witness to the reality of the Christian theology that Christ Jesus, the God-man, suffered unto a terrible death, out of love for us. Only an incomprehensibly great love could ever endure it, or agree to go through it. How humbling.

Who has inspired you personally in your thinking, your writing, and your faith and the ways these work together?

My parents were both very smart people who never had the opportunity to become educated; they spent their whole lives in manual labor where their gifts were, like lightning, rarely seen but frightening when encountered. A grease monkey who could quote from Roberts Rules of Order and a waitress with a facility for languages and five-dollar words? People never knew what to do with them, and so even though they could be very social at work, they were also bitter loners who could talk "at" but not "with." They discouraged any sort of dreaming in their children, because the world had nothing to offer dreams. In an odd way, they shaped my writing. If no one was going to talk to me, I learned to talk to myself—and in a very satisfying way!—through writing.