Now Featured in the Patheos Book Club
Our Life after Death
A Firsthand Account from an 18th-Century Scientist and Seer
By Emanuel Swedenborg
Translated by George F. Dole
Introduction by Kenneth Ring

In his classic Heaven and Hell, Swedenborg leads the reader on a tour through the afterlife, describing the spiritual realms in vivid, personal detail. Our Life after Death is a collection of passages from Heaven and Hell that describe the soul's journey from the moment of death through the stages of self-discovery in the world of spirits.

Swedenborg tells us that it is not God who judges and sentences souls to heaven or hell, but that it is we who judge ourselves. In this book Swedenborg reveals the process by which we confront who we were on earth, discover our true selves, and through that knowledge find our eternal homes in the afterlife.

An introduction by near-death researcher Kenneth Ring, PhD, draws parallels between Swedenborg's observations and those of millions of modern people who have had near-death experiences. This book provides a brief but thought-provoking introduction to Swedenborg's vision of the afterlife for those who want to delve deeper into this fascinating subject.

Emanuel Swedenborg (1688-1772) was a Swedish scientist, nobleman and theologian who spent his life investigating the mysteries of the soul. Born in Stockholm to a staunchly Lutheran family, he graduated from the University of Uppsala and then traveled to England, Holland, France and Germany to study the leading scientists of the time. He gained favor with Sweden's King Charles XII, who gave him a position as an overseer of the Swedish mining industry. Later, he was granted a seat in the Swedish House of Nobles by Charles XII's success, Queen Ulrika Eleonora. Between 1743 and 1745 he began to have visions of heaven, hell, and Jesus Christ which resulted in a stream of books about the nature of God, the afterlife, and the inner meaning of the Bible. He devoted the last decades of his life to studying Scripture and presenting his own unique theology to the world.

George F. Dole holds a BA from Yale, an MA from Oxford, and a PhD from Harvard. Now professor emeritus, Dr. Dole taught ancient languages, the Bible, and theology at the Swedenborg School of Religion in Newton, Massachusetts. His recent translations of the New Century Editions of Heaven and Hell, Divine Love and Wisdom, and Divine Providence have won critical acclaim. He is also the author of Freedom and Evil, Sorting Things Out, and A Book about Us. He lives in Bath, Maine.

Kenneth Ring, PhD is Professor Emeritus of psychology at the University of Connecticut and a researcher in the field of near-death studies. He is the co-founder and past president of the International Association for Near-Death Studies (IANDS) and is the founding editor of the Journal of Near-Death Studies. He is also the author of Life at Death; Heading Toward Omega; and The Omega Project: Near-Death Experiences, UFO Encounters, and Mind at Large.

The Coddling of the American President: "Sacred Landslides" & Truth Decay in...
Hal Bush
2 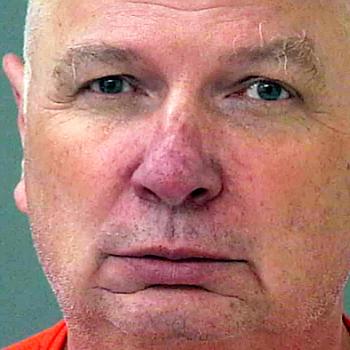 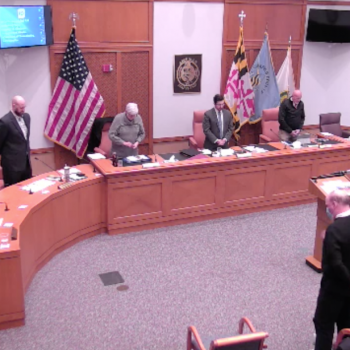 I Will Not Remain Silent
James McGrath
Get Patheos Newsletters
Get the latest from Patheos by signing up for our newsletters. Try our 3 most popular, or select from our huge collection of unique and thought-provoking newsletters.
From time to time you will also receive Special Offers from our partners that help us make this content free for you. You can opt out of these offers at any time.
see our full list of newsletters
Editor's picks See all columnists