In the final years of his life, Emanuel Swedenborg wrote True Christianity, an opus that served both to contextualize his theology within contemporary Christianity and to serve as a road map for the new spiritual age that would follow. This second volume covers topics such as freedom of choice, repentance, the transformation of a person's inner being during spiritual awakening, the rites of baptism and the Holy Supper (communion), and the second coming of the Lord.

This new translation is part of the New Century Edition of the Works of Emanuel Swedenborg, an ongoing project to render Swedenborg's theological works in clear, contemporary language that reflects the simple and engaging style of the original Latin. The deluxe hardcover and paperback editions include extensive notes on historical aspects of the text and reference tables; they also have an index to both volumes. 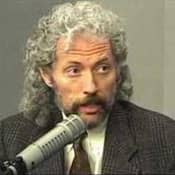 Dr. Jonathan S. Rose is the series editor of the New Century Edition. Holder of a BA and a MDiv in religion and a MA and a PhD in Latin, he has worked for years in the study of Neo-Latin and in Swedenborgian research. He was both chaplain and a tenured professor of religion and sacred languages at Bryn Athyn College before taking on his current position.

Emanuel Swedenborg (1688-1772) was born Emanuel Swedberg in Stockholm, Sweden, on January 29, 1688. He was the third of the nine children of Jesper Swedberg and Sara Behm. His father, a Lutheran clergyman, later became a celebrated and controversial bishop, whose diocese included the Swedish churches in Pennsylvania and in London, England.

After studying at the University of Uppsala, Emanuel journeyed to England, Holland, France, and Germany to study and work with leading scientists in western Europe. He gained favor with Sweden's King Charles XII, who gave him a salaried position as an overseer of Sweden's mining industry.

Later, Emanuel was ennobled by Queen Ulrika Eleonora, and his last name was changed to Swedenborg. This change in status gave him a seat in the Swedish House of Nobles, where he remained an active participant in the Swedish government throughout his life.

A member of the Swedish Royal Academy of Sciences, he devoted himself to scientific studies and philosophical reflections. After 1734 he redirected his research and publishing to a study of anatomy in search of the interface between the soul and body, making several significant discoveries in physiology.

From 1743 to 1745 he entered a transitional phase that resulted in a shift of his main focus from science to theology.

Throughout the rest of his life he maintained that this shift was brought about by Jesus Christ, who appeared to him, called him to a new mission, and opened his perception to a permanent dual consciousness of this life and the life after death.

He devoted the last decades of his life to studying Scripture and publishing eighteen theological titles that draw on the Bible, reasoning, and his own spiritual experiences. These works present a Christian theology with unique perspectives on the nature of God, the spiritual world, the Bible, the human mind, and the path to salvation.