The Seeker King: About the Book and Author

A woman in the audience once handed Elvis a crown saying, "You're the King." "No, honey," Elvis replied. "There is only one king—Jesus Christ. I'm just a singer." Most know that Elvis was a deeply religious man, yet few are aware that he engaged in a spiritual search that led him far afield from traditional Christianity. The Seeker King: A Spiritual Biography of Elvis Presley retells the story of "the King" with a focus on his spiritual odyssey.

While he read from the Bible almost every day as an adult and recorded three albums of gospel music, Elvis suffered through a spiritual crisis in the mid-1960s. Heartsick to think that he was squandering his life making frivolous movies, he felt a gnawing hunger in his soul. Then he met a fellow seeker in 1964 and the relationship changed his life, giving him a new perspective on his talent and his charismatic power over the public.

He began devouring the works of Gurdjieff, Krishnamurti, Helena Blavatsky, Manly Palmer Hall and scores of other spiritual writers. In 1965 his search led to an epiphany while he was driving through northern Arizona—a direct encounter with the divine. Transformed, he took up meditation and received personal instruction from Swami Yogananda.

Elvis came to believe that God wanted him to use his light to uplift people. And so he did. Elvis's excesses were as legendary as his generosity. Yet despite his lethal reliance on drugs, he remained ever spiritually curious. When he died, he was reading A Scientific Search for the Face of Jesus.

This intimate, objective portrait inspires new admiration for the flawed but exceptional man who said, "All I want is to know and experience God. I'm a searcher, that's what I'm all about."

A native of the Southwest, Gary Tillery was born in Phoenix in 1947. In 1968-69 Tillery served in Vietnam with the United States Air Force. His enlistment over in 1970, he returned to Phoenix and earned a Bachelor's degree in Latin American Studies from Arizona State University and a Master's degree from the American Graduate School of International Management.

After two decades in the business world, primarily as co-owner of an advertising agency in suburban Chicago, Tillery turned his time and energy to his lifelong passion for literature and art. He published a collection of interrelated short stories set in Vietnam titled Darkling Plain, and began a series of humorous novels featuring "soft-boiled" detective Jack Savage—the first two titled Death, Be Not Loud and To An Aesthete Dying Young.

Tillery's fascination with "the intellectual Beatle," John Lennon, led him to write The Cynical Idealist. This biography examines Lennon's creative work and interviews to construct a coherent view of the philosophy Lennon originated and lived by—a philosophy that was idealistic yet pragmatic.

Tillery is also a professional sculptor. He favors the traditional mediums of metal and stone, though using them to express contemporary ideas. His most prominent work is the sculpture for the Vietnam Memorial in Chicago. He also created the bronze bust of Steve Allen for the Steve Allen Theater in Hollywood; and through his association with the Rotblatt-Amrany Studio he created, among other works, the life-size bronze of Luis Aparicio at U. S. Cellular Field.

Tillery has displayed in galleries from Pennsylvania to New Mexico and appeared in shows as far away as Shanghai. His works are in the private collections of Patricia DuPont and General Tommy Franks, and the National Vietnam Veterans Art Museum in Chicago possesses two pieces in its permanent collection. 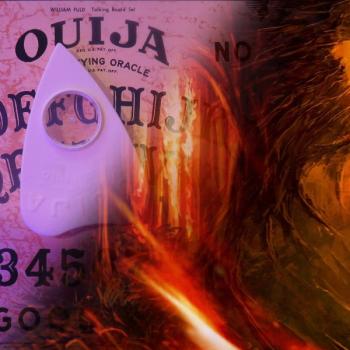 Ouijaphobia! From Swedenborg to the Ouija Board
Tom Swiss
2 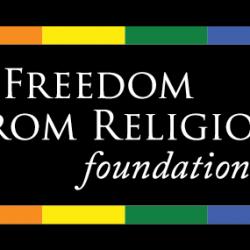 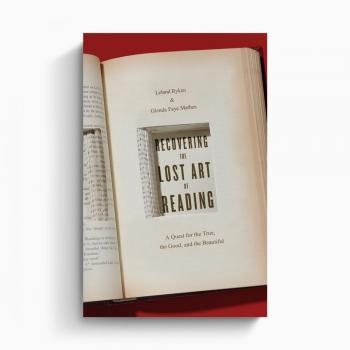 A book by any other name
Coyle Neal
4

To Deny Joe Biden Communion is to Commit Scandal
Emily Claire Schmitt
Get Patheos Newsletters
Get the latest from Patheos by signing up for our newsletters. Try our 3 most popular, or select from our huge collection of unique and thought-provoking newsletters.
From time to time you will also receive Special Offers from our partners that help us make this content free for you. You can opt out of these offers at any time.
see our full list of newsletters
Editor's picks See all columnists