The Freedom of Being: Read the Introduction

It's hard to believe there could be something more real than all a life appears to be—hard to imagine a reality both formless and more substantial than any form. A reality outside of time, subject to nothing, lacking nothing, still and unwavering and perfect, of which a human being partakes. How can this be? How can the experience of that other bring such peace, such excruciating joy, when it is made of sheer nothingness?

But so it is. This other has nothing to do with anything that happens in our lives. It is with us unceasingly, through all we do and fail to do. It's what we swim in, what constitutes our existence.

There are hints. It makes its presence known in stillness, in undiluted attention, in the in-betweens: between exhale and inhale, one note and the next, one thought and another; between the sound of wind and the feel of it on the skin; between two beats of the heart.

Between birth and death.

This something is like a liquid constantly seeking points of entry, a vapor determined to find and fill every available space. It means to permeate awareness, to be felt in the fullness of its generosity. Each moment it is here, and again here, awaiting discovery. So we might know that it is what we truly are, and know at last that all the rest (however compelling) is pale, limp, inconsequential.

A person might think there's nothing to be done about the life inside the cranium. It seems to carry on independent of any wish for peace that shows up around the edges. The yearning for ease and contentment is wistful. It's like the longing of a suitor pining from a distance, having no expectation of ever attaining the company of the beloved, of getting to enter the house, sit down, stay awhile. Let alone move in for keeps.

A person might suppose the mind is a closed world, a perpetual motion machine; that there can be no end to the tyranny there, the head packed with its own history, populated by its dreams and regrets, driven by its idea of what a life is supposed to look like, of how the world ought to be. It might seem it all has a will of its own, no way to occupy a life without thinking running the show.

The mind surely is an impressive tool, wonderfully useful. Like any tool, it has a proper function. But improper application of it can be unhealthy, even destructive. Just because the mind has enormous potential doesn't mean it ought to be allowed to run loose like a hyperactive, hormonal fourteen year-old without a curfew.

It's not that the mind is bad. The problem is that it tends to run on automatic, a machine we can't figure out how to turn off. Most of the time, we don't even realize it's running. Its ever-looping content is like elevator music, hardly noticed, like background static that's tuned out.

Because the mind goes everywhere we go, the temptation to use it constantly is overwhelming. It runs simply because it can. Like a misapplied hammer, the overactive mind takes random whacks at everything in sight, omitting no opportunity to judge, balk, interpret, identify with, stew over, start a story about.

It's the rigidity and the ceaseless busy-ness of the mind that make it so hard to discern the perfect stillness of our underlying reality.

We have more to say in the matter of mental noise than we half dream. Not by going at it in a full frontal assault, but by a little sneak around to the back side, where the plug is. It can be slipped from the power supply—just by flooding the present moment with attention. Simply by attending what's here and now.

Don't mind whatever the here-and-now happens to be.

Don't make up a story about it. Just be with it.

The plug slips out all by itself.

I might have thought I wouldn't want a life without desire, a condition cool of that terrible heat, its twin expressions: wanting and getting, having and losing. Or never having at all, wanting just multiplying, like a cancer cell desperate to make more of itself. I call it that now, cancer, but once upon a time, I fed on wanting. It sustained me. Needing to get something, to get somewhere, was how I felt myself exist.

I thought I needed to be separate from the lovely, ungraspable world, so I could know the effort of striving, the poignant reach toward. My early lessons, my touchstones, were lines of poetry, like Robert Browning's Ah, but a man's reach should exceed his grasp, Or what's a heaven for?

And this one by Wallace Stevens:

The imperfect is our paradise.

The finger of Adam at its slim distance from God's hand: that was my prototype. The space of not-quite was where the ache of aliveness was felt, stirring the notes of a sorrowful song, the reaching toward another human being. Beauty and wholeness seemed destined to be ephemeral, only ever approximated. Not having was what gave rise to my own attempt at poetry. Life was about striving, the savoring of fulfillment, however brief. Each time, after loss, the renewal of hope. 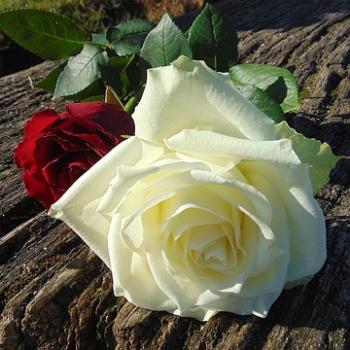 On Birds and Bees, Gila Monsters and Chastity
Mary Pezzulo
2 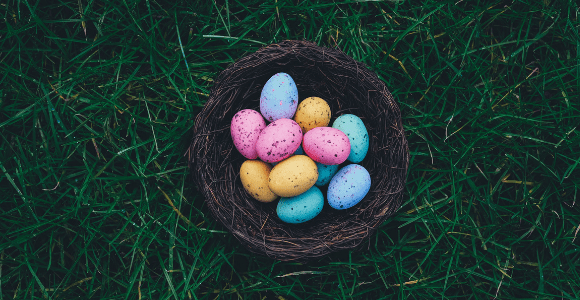 The Writing on the Floor
James McGrath
Get Patheos Newsletters
Get the latest from Patheos by signing up for our newsletters. Try our 3 most popular, or select from our huge collection of unique and thought-provoking newsletters.
From time to time you will also receive Special Offers from our partners that help us make this content free for you. You can opt out of these offers at any time.
see our full list of newsletters
Editor's picks See all columnists