Read an Excerpt From the Hand on the Mirror

An expanding acceptance of the survival of consciousness and, therefore, life after death has the potential to bring about change in all of us. We'll live our lives with more emphasis on love and less on fear of loss. And maybe, just maybe, we'll begin to understand our purpose.

It is much easier to recognize error than to find truth; for error lies on the surface and may be overcome; but truth lies in the depths, and to search for it is not given to every one.

Chapter 1
On Sunday, May 8, 2005, my reality changed. That was the day I discovered a large handprint on the mirror of a bathroom in my home in Sacramento, California. It was not an ordinary handprint. Seemingly made of a soft, white, powdery substance, it showed all the facets of the bone structure, as if it were an X‑ray. Looking closer, I could see it was the hand of a man because of the masculine shape of the fingers and the wide base of the palm. The handprint stood alone, the image affixed to the mirror and perfectly formed. It had appeared out of nowhere. Literally, nowhere.

The day the hand appeared was the first anniversary of the death of my husband, Max Besler. Max had died in the living room of our home surrounded by family and friends. We had been married for four years when he was diagnosed at the age of fifty-six with esophageal cancer. Six months later, he was gone, devastating my fourteen-year-old son, Tanner, and me. We both loved Max very much, and the three of us had blossomed as a family. On this Mother's Day Sunday a year later, I was still working through my grief and was concerned about how Tanner was coping with his own sorrow. He was so young and impressionable, and like most young men at that age, he wasn't a big talker. I felt pensive and alert on this one-year anniversary, vigilant in my role as mother and protector.

Tanner and I were sitting together at a small table in our backyard in the early afternoon sun. Tanner split his time between our home in Sacramento and his dad's home in El Dorado Hills, about thirty minutes away. Divorce is never easy, but his dad, Bob Heaphy, and I were committed to keeping Tanner's interests first and foremost in our lives. We had worked hard to provide a steady, dependable schedule for him and assurance in deeds and words that even though he lived in two homes, he was loved and supported fully in both. Max had added to that love. On this significant day, I was comforted to have Tanner, with his short-cropped blond hair and athletic physique, next to me. I loved watching him concentrate on his homework, and I smiled a mother's smile as I noticed his habit of moving his lips while he silently read. I was catching up on my own self-imposed homework — the backlog of reading I faced each weekend in my job. After a while, we decided we were hungry, and I got up from the table to go inside and bring us a snack. Tanner was eating like any healthy teenage boy, meaning nonstop. Besides, the food offered a distraction from the sadness in our hearts on this anniversary.

Our home was designed in a U shape, with the master bedroom suite, Tanner's bedroom, and a den on the left side of the U, and the living room, dining room, and library at the center. On the right side of the U were our kitchen, a guest bedroom suite, a laundry room, and the exit to the garage. Max had spent the last month of his life in the guest bedroom instead of our master bedroom because he was more comfortable in a bed by himself, as he was in grave pain. And he insisted I get my sleep since I was working.

Before entering the kitchen to make our snack, I stopped in the bathroom in the guest bedroom suite. That was when I saw the handprint. I knew it was fresh because it hadn't been there when I had combed my hair in front of that mirror an hour earlier. Stunned by the sight, I stood frozen for at least a full minute. I could make no sense of what I saw. At fifty-three years old, I had never experienced anything so completely out of the human realm as this handprint. My eyes were fixed on something unexplainable. My brain was working to catch up with my eyes. Was I losing my mind? Maybe. Had someone snuck into the house to play a trick? Doubtful.

Tanner and I would have seen or heard anyone through the open patio doors. How could a human hand show the transparency of an X‑ray? Slowly, my voice started to function, and I managed to shout out the words, "Tanner, come here. Quickly! Hurry!"

"Look," I cried out. "You didn't do this, did you?" I was sounding somewhat hysterical to myself at this point.

I knew as soon as the words left my lips that he hadn't made the handprint because he'd been sitting next to me throughout the time we worked together and during the hour since I'd visited the bathroom. Just to double-check, I asked Tanner to hold his right hand up next to the powdery right hand print to see how it compared. I realized how ludicrous it was to think he had made the print. The image was much larger than his hand and shaped differently. 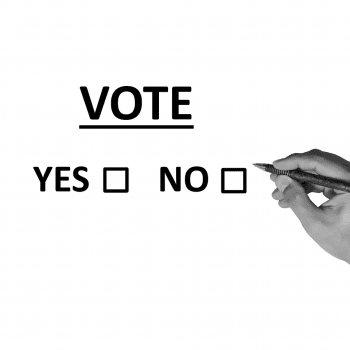 An Introduction to “The Hidden Life of Trees”
Andrew Spitznas
Get Patheos Newsletters
Get the latest from Patheos by signing up for our newsletters. Try our 3 most popular, or select from our huge collection of unique and thought-provoking newsletters.
From time to time you will also receive Special Offers from our partners that help us make this content free for you. You can opt out of these offers at any time.
see our full list of newsletters
Editor's picks See all columnists