Rise of ISIS: Read an Excerpt

Chapter One: The Horror Of Jihad

It was the video no one wanted to see, that few people could bear to watch.

A young American, James Foley, was on his knees next to a masked, black-clad jihadist. The jihadist was holding a knife. Foley began reciting a prepared text — delivered under the ultimate duress — condemning America. When he finished, he visibly braced himself.

We all knew what was coming.

The Foley beheading video was too graphic for YouTube. Twitter banned users who tweeted its horrific images. And while few Americans actually watched the horrifying act, everyone knew what happened.

It was ISIS, a new and horrifying jihadist force that had been unleashed in the Middle East. And now they had slaughtered an American.

Some of us had seen them before.

The DVD was lying in the dust.

Still weary from a midnight air assault where they'd attacked enemy-held objectives for hours throughout the evening and early morning, the troopers of the Second ("Sabre") Squadron, Third Armored Cavalry Regiment almost missed the evidence as they searched an abandoned village south of Balad Ruz, Diyala Province, Iraq.

The village may have been abandoned, but people had recently been there. Clothes were scattered on floors, cars and trucks were still parked outside homes, and there was blood, lots of blood. And it seemed fresh.

It was a chilling sight. Soldiers stepped gingerly over children's sandals and little girls' dresses. They walked past bullet holes in walls, and they picked up cell phones left lying on tables in one- and two-room houses.

Our soldiers looked for anything that would provide a clue to the fate of the villagers, but the more experienced knew they were looking for one item in particular — a DVD.

In many ways, the DVD was a jihadist's calling card, his method of bragging about his deeds in the years before smartphones and instant YouTube uploads. Terrorists would compile "greatest hits" compilations, showing IED strikes on Americans, mass executions of Iraqis, and the detonation of suicide bombs. DVDs were so common that our soldiers were trained to expect an imminent attack if a civilian was spotted filming them with a video camera.

And there it was, in a courtyard, in plain view. The troopers picked it up and kept it safe until it could be airlifted out, along with fourteen terrorist detainees, to Forward Operating Base Caldwell, a small American base just miles from the Iranian border.

As soon as the DVD arrived, intelligence officers rushed it to their office, put it on computers set aside for reviewing terrorist material (which could always contain viruses or other malware), and started watching.

What they saw was nothing short of horrifying.

As with all jihadist videos, the camera work was shaky, and the sounds were chaotic and loud. While the cameraman yelled "Allahu Akhbar!" (God is great) into the microphone, a group of about thirty Iraqi men, women, and children were led at gunpoint into a field, a field our soldiers recognized as being near the abandoned village.

One by one, the Iraqis were separated from the group and placed in the middle of a small group of jihadists. The first one was a woman, not more than forty years old. As the camera zoomed in, she had a vacant, hopeless look in her eyes—a look of utter despair.

The shouts of "Allahu Akhbar!" intensified until they all blended into one long, loud cheer, like the frenzy after a goal is scored at a soccer match. Then — as the shouting reached its peak and the camera zoomed close — the terrorists beheaded the woman.

They didn't do it with a clean chop of a sword like one sees on television or in movies, but instead by sawing furiously through her neck with knives. It wasn't over immediately. As she choked on her own blood, the jihadists kept sawing, and sawing, and sawing.

Finally, they pulled her head off, waved it to the camera, shouted in victory, and motioned for the next terrified victim to come forward.

How do we know this event occurred — one the mainstream media never knew about or reported? Because one of the authors of this book, a member of the American Center for Law and Justice (ACLJ) Law of War team who was deployed to Iraq at the time, saw the video with his own eyes. He walked through the streets of that village himself, stepping over bloody clothes. And he remembers. In fact, he can never forget. 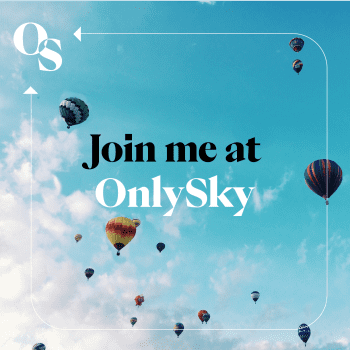 We'll Be Off Soon: The Sky's the Limit
Jonathan MS Pearce
2 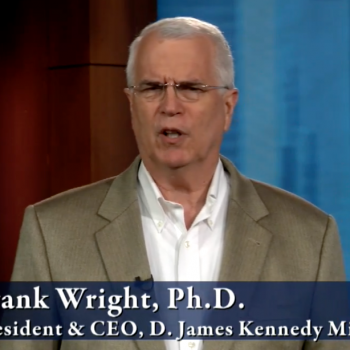 Thoughts on Martin Luther King Jr. Day: Does the Arc of the Moral Universe...
Vance Morgan
About
Get Patheos Newsletters
Get the latest from Patheos by signing up for our newsletters. Try our 3 most popular, or select from our huge collection of unique and thought-provoking newsletters.
From time to time you will also receive Special Offers from our partners that help us make this content free for you. You can opt out of these offers at any time.
see our full list of newsletters