In response to the clash of barbarisms that is presently laying the world in ruins, interested Muslims have elected to take the rare opportunity presented by the publication of The Covenants of the Prophet Muhammad with the Christians of the World to launch "The Covenants Initiative," which asks Muslims to append their names to the following declaration:

We the undersigned hold ourselves bound by the spirit and the letter of the covenants of the Prophet Muhammad (peace and blessings be upon him) with the Christians of the world, in the understanding that these covenants, if accepted as genuine, have the force of law in the shari'ah today and that nothing in the shari'ah, as traditionally and correctly interpreted, has ever contradicted them.

As fellow victims of the terror and godlessness, the spirit of militant secularism and false religiosity now abroad in the world, we understand your suffering as Christians through our suffering as Muslims, and gain greater insight into our own suffering through the contemplation of your suffering.

May the Most Merciful of the Merciful regard the suffering of the righteous and innocent; may He strengthen us, in full submission to His will, to follow the spirit and the letter of the covenants of the Prophet Muhammad with the Christians of the world in all our dealings with them.

In the name of Allah, Most Gracious, Most Merciful.

Praise be to Allah, the Cherisher and Sustainer of the worlds.

We will forward this declaration and the endorsements we receive, along with copies of The Covenants of the Prophet Muhammad with the Christians of the World, to Christian leaders in the Middle East, Africa, and elsewhere in the world, many of whose communities are now under serious attacks by so-called Muslims. In view of the bombings and brutal massacres committed in the name of Islam in the past, as well as others that—God forbid!—may take place in the future, it is safe to say that if there was ever a time when Muslims need to do something to break the growing identification of Islamicist terrorism with all Islam in the minds of the non-Muslim populations of the western nations, it is now.

It is a rare occurrence when strategic advantage, moral rectitude, and Divine Command apparently converge so as to point out a particular course of action; we believe that the Covenants Initiative represents just such a convergence.

If you are a Muslim who wishes to express your solidarity with Christian communities who are being persecuted by so-called Muslims who do nothing but soil the image of Islam and violate every tenet of the Qu'ran, sunnah, and shari'ah, please sign the Covenants Initiative which can be found on the following website:

The Cost of Flattening Your Opponent's Humanity
Jennifer Fitz
3 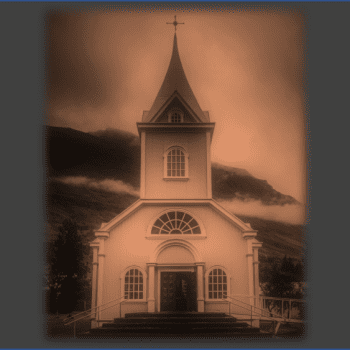 Whoever Gives A Cup Of Water
Mary Pezzulo
About
Get Patheos Newsletters
Get the latest from Patheos by signing up for our newsletters. Try our 3 most popular, or select from our huge collection of unique and thought-provoking newsletters.
From time to time you will also receive Special Offers from our partners that help us make this content free for you. You can opt out of these offers at any time.
see our full list of newsletters