The Angel Effect: Read an Excerpt

In 2008, I experienced something extraordinary at a moment of great pain, something that has altered the way I think about the world and has given me first-hand insight into a profound mystery.

It happened to me when I had nearly completed writing The Third Man Factor: Surviving the Impossible, and brought the phenomenon of what scientists call the sensed presence vividly to life. That book arose from my growing realization—gleaned from my own experiences in the Arctic, my conversations with explorers and field scientists, as well as from reading the published accounts of explorers—that people under enormous stress, sometimes at the edge of death, often experience a sense of an incorporeal being beside them who encourages them to survive. Climbers refer to it as the 'third man'.

I assembled a trove of such stories, and investigated religious, psychological and neurological explanations for the phenomenon. In the process, I also published a scholarly study, "The Sensed Presence as a Coping Resource in Extreme Environments", with Professor Peter Suedfeld, a renowned expert of the psychological effects of exploration who has also advised NASA.

Suedfeld and I identified four indisputable facts about the sensed presence, notably that they occur to otherwise mentally normal, physically healthy individuals, they arise in stressful situations, they serve as a coping resource in that they aid the individual's efforts to survive, and that, despite various theories, their source remains a mystery.

It is far greater than the simple feeling that we all sometimes have when alone at night or when walking down an alley, that someone is there. Various reductive explanations have been offered, and while many of those indeed may play some role, none of them comes anywhere near capturing the richness and profundity of the experience, which person after person describes as among the most important of their lives. Peter Suedfeld and I wrote of the need to better understand the "dramatic helpfulness of the sensed presence, which includes not only encouragement, but also factual information …and, on occasion, physical intervention."

That study, and The Third Man Factor, hove closely to the view that you had to be astride Everest, or engaged in an equally harrowing pursuit—such as those undertaken by solo sailors, polar explorers, and astronauts—to experience the phenomenon. It worked wonderfully as a way to introduce the radical idea. But in fact, it is not the case that explorers and adventures are the sole recipients of such interventions. Far from it.

I opened The Third Man Factor with the experience of Ron diFrancesco, the last person to escape the South Tower of the World Trade Center on 9/11, who told me that he survived that day because of the help of an angel. DiFrancesco was just going about his routine business when terror struck. He found himself trapped in a smoke-filled stairwell, above the point of impact of United Airlines Flight 175, his escape obstructed by flames and a collapsed wall. Other people were with him on a landing, some apparently unconscious, when he says an angel urged him to carry on. It addressed him by his first name, it gave him encouragement telling him, "Hey! You can do this."

DiFrancesco felt that he was literally helped to his feet, and then guided on, "It led me to the stairwell, led me to break through, led me to run through the fire...There was obviously somebody encouraging me. That's not where you go, you don't go toward the fire." He covered his head with his arms, and literally fought through it. He believes the flames continued for three storeys. Only after he got safely through the debris, to below the flames, did he sense the angel leave. It had been with him for five minutes. In talking to him I was struck by the idea that everyday people caught up in crisis situations they weren't looking for or were in anyway prepared for can also be touched by something extraordinary when confronted by severe stress.

Then, following the publication of that book, hundreds of people began to step forward with their stories, accounts that do not involve high altitude climbs—I do still get plenty of those!—but intriguingly, often quite routine stresses, the sort of hardships that we all potentially face in our lives, when confronted by grief, physical and sexual assaults, automobile accidents, raging fires, bank heists, as well as a result of long illnesses, the pain of childbirth, the despair of alcoholism, and even in cases of persistent loneliness.

Others sent me testimonials handed down from loved ones, who had served in war or survived other personal calamities. They wrote to me from Australia, the UK, Spain, U.S., Israel, and they were men, women, teenagers, and seniors. Some of my friends and acquaintances also came forward to say it had happened to them. These stories are every bit as compelling as those of the explorers and adventurers. This phenomenon is universal; it can happen to any one of us. 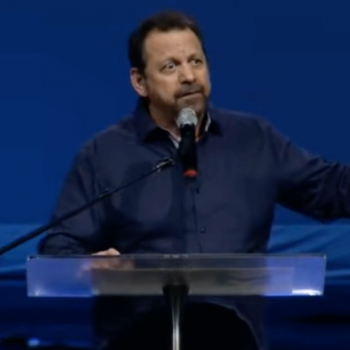 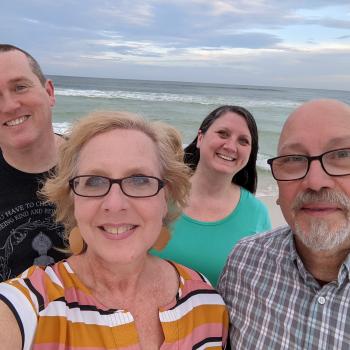 Being with Friends
Karl Forehand
3 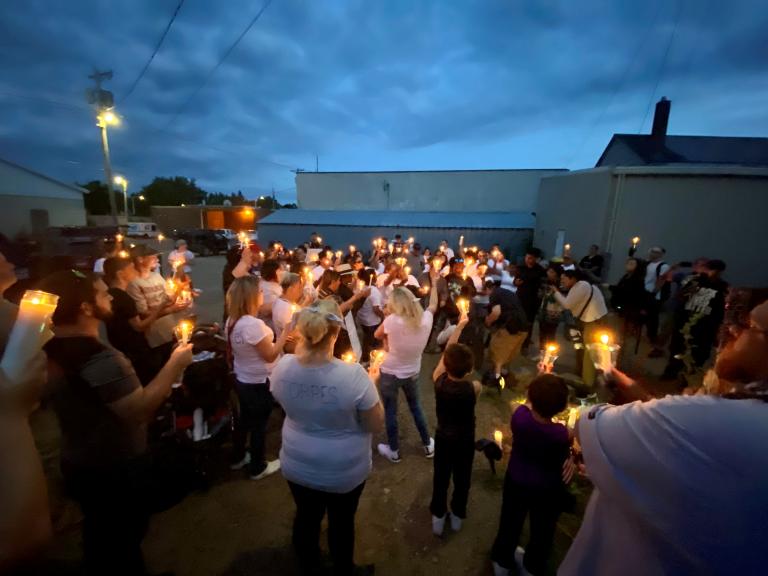 God Alone (Twice)
James McGrath
Get Patheos Newsletters
Get the latest from Patheos by signing up for our newsletters. Try our 3 most popular, or select from our huge collection of unique and thought-provoking newsletters.
From time to time you will also receive Special Offers from our partners that help us make this content free for you. You can opt out of these offers at any time.
see our full list of newsletters
Editor's picks See all columnists