Praise for Reborn on the Fourth of July

"Logan Mehl-Laituri is one of the contemporary prophets for peace, decrying the evils of war and declaring the nonviolent love of Jesus."
—Author and activist Shane Claiborne, from the book's foreword

"Logan Mehl-Laituri's testimony is a stark reminder of the moral cost of war. Every Christian who puts a 'Pray for Our Troops' sticker on their bumper should listen closely to these confessions of a soul who's struggled to love God and country. At the same time, anyone committed to Christian nonviolence should reckon with this story of a soldier who sought to practice love of enemy. Logan is asking for the church to see its veterans. I pray we'll listen."
—Jonathan Wilson-Hartgrove, author and new monastic (www.jonathanwilsonhartgrove.com)

"This is an unsettling book (in all the right ways), written by a pioneer for peace who knows what conflict is like 'on the ground.' Music is woven into the story, but the profounder music is that of Christ's shalom."
—Jeremy Begbie, Duke University

"Following your conscience while in the military can put you at odds with its own 'institutional conscience' and with specific missions and wars overseen by civilian politicians. Logan Mehl-Laituri's journey from combat soldier to conscientious objector to seminary student is a powerful story of recognizing one's conscience and then following it to the remarkable places of witness in our world."
—Ann Wright, U.S. Army Reserve Colonel (retired) and former U.S. diplomat

"Logan Mehl-Laituri is not one of those persons who would dare say, 'My country! May she always be right. But right or wrong—my country!' Instead, he challenges America to do what is right at a time when, to many, patriotism has become idolatry. He loves this country, and that's why he challenges its tendencies toward nationalism."
—Tony Campolo, professor emeritus, Eastern University

"Logan Mehl-Laituri, a natural and compelling storyteller, guides us into acute empathy for victims of war, including the combat soldiers themselves. His honesty about the role he played as a soldier in Iraq helps release us from false valorization of warfare. How can Christians challenge the vast American indifference toward the consequences of war? Reborn on the Fourth of July tackles this question and welcomes people from all walks of life to explore putting an end to war."
—Kathy Kelly, co-coordinator, Voices for Creative Nonviolence, and author of Other Lands Have Dreams

"Logan Mehl-Laituri's Reborn on the Fourth of July provides military readers with deep insights into the mind and motivations of a genuine conscientious objector. Sergeant Mehl-Laituri is not a coward, and he deeply respects his fellow soldiers. His story—which he shares in this book with candor and conviction—challenges all of us to reflect upon what it means to serve both God and country."
—Peter Kilner, military ethicist

"In Reborn on the Fourth of JulyLogan Mehl-Laituri opens his soul and invites us to journey with him as he struggles at the intersection of faith, patriotism and conscience. Logan articulates how God laid claim to his life as he wrestled in the dark valley of moral ambiguity, the dialogue of contrary forces tugging for control of his life. He is a person of courage, of heroic valor, who sees his duty and does it; he is a child of God, since he was reborn on the fourth of July."
—Herman Keizer Jr., U.S. Army (retired), and director of chaplains, emeritus, Christian Reformed Church of North America 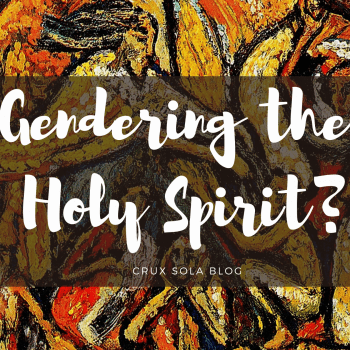 An Open Letter from an Immigrant's Wife
Guest Contributor
3

Think US evangelicals are dying out? Well, define evangelicalism...
The Conversation
4 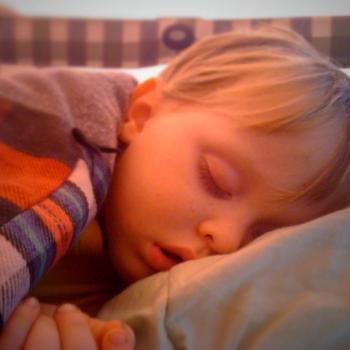 Practices From the Inside Out: Napping Our Way Through Advent
Greg Richardson
Get Patheos Newsletters
Get the latest from Patheos by signing up for our newsletters. Try our 3 most popular, or select from our huge collection of unique and thought-provoking newsletters.
From time to time you will also receive Special Offers from our partners that help us make this content free for you. You can opt out of these offers at any time.
see our full list of newsletters
Editor's picks See all columnists