Praise for Faith Beyond Belief 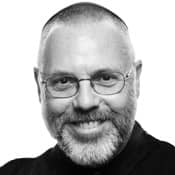 "Postmodern humanity is hungry for a postmodern faith, and Margaret Placentra Johnston offers us just that. Blending the insights of James Fowler and Paul Ricoeur with the stories of real people grappling with their own spiritual maturation, she offers us a map and a model for our own wrestling with truth. This is an important book."
—Rabbi Rami Shapiro, author of Rabbi Rami's Guide to God

"Faith Beyond Belief is a twofold pleasure. First are the stories of ten courageous people's quests for spiritual integrity. Yet, even more compelling are author Margaret Placentra Johnston's commentaries. She helps us see how these inspiring vignettes illuminate our own search for a form of faith that connects with an ever-evolving understanding of life. Much like the Buddha more than two thousand years ago, Johnston shows us some essential steps we might take in becoming lamps unto ourselves."
—Robert C. Fuller, author of Spiritual But Not Religious: Understanding Unchurched America

"This book will undoubtedly be considered one of the contributing factors in advancing our understanding of evolving human spirituality and its place in our lives in the new millennium. By acknowledging the emergence of mysticism in ordinary lives, Margaret helps to outline a way of living that is relevant, wise and healing."
—Reverend Karen Tudor, Senior Minister, Unity Church of Practical Christianity, New Braunfels, Texas, and co-host of "Biblical Power For Your Life" on Unity Online Radio

"Faith Beyond Belief possesses a depth that only becomes more dazzling when the reader considers that it arose outside of religious academia. While Johnston touts mystical spirituality, she maintains respectful consideration for those at all levels of spiritual development. The insightfulness of this approach, alongside the interreligious and extrareligious conversations which she encourages, should establish this book as required reading for seminarians and skeptics alike. A staggering achievement from a profoundly perceptive thinker."
—Michelle Schingler, ForeWord Reviews

"In approaching this book to review, I thought the personal stories would drive my commentary. Instead, I found myself intently interested in the organizing rubric Johnston built around the commonalities between them. Her line of inquiry leads her to investigate theories of spiritual development as they have been proposed by such divergent personalities as James Fowler, Saint Teresa of Avila and Adolphe Tanquerey. Johnston attempts to integrate the various theories into an accessible sequence for the average reader. She labels these the "Lawless Stage," the "Faithful Stage," the "Rational Stage," and the "Mystic Stage." Johnston's discussions of the spiritual stages and their implications were thought-provoking and I turned down a number of page corners, especially in the second half of the book. I am looking forward to considering these more deeply as a part of my own spiritual study. There is a part of me, however, that is concerned some may see the hierarchical nature of the stages to be parochial in their insistence that individuals must pass through a period of questioning prior to becoming spiritually advanced. Those who remain in the religion of their birth may presume that Johnston is insulting their faithful constancy, though Johnston does state that leaving the religion of one's birth is not endemic to the process. According to an October 14, 2012 Pew Report, 16.1% of Americans have no religious affiliation. Yet 70% of those believe in God. In this context, it is difficult to see the trend toward personal rather than dogmatic faith as step backward in our moral center. Regardless of your position on this matter, however, Faith Beyond Belief provides a framework allowing those without a strong academic background in philosophy to participate in the discussion."
—Seattle Post-Intelligencerand Blogcritics.org

"What happens to the spiritual lives of people who leave the traditional Christian churches of their childhood? I'm one of those people, and so is the author of this book. She was curious enough about the question to begin researching it. Writing as neither a scholar nor a member of a religious community, she is free to notate her findings without restraint. The result is an honest look at spirituality without religious affiliation. She shares her own story as well as stories from a diverse group of individuals. There is no one answer to her question, but there are similarities in what she discovered. For ease of understanding, she has organized the answers using four broadly-defined spiritual stages: Lawless, Faithful, Rational, and Mystic. She thought long and hard about the ramifications of putting her thoughts on public display, but having left a thirty-year career as an Optometrist in order to study the topic, she ultimately decided it was time to begin the discussion. In a world where religion is becoming increasingly divisive, and is often used as a political weapon, many of your customers are asking the same question that Johnston did. Her book will not only provide much-needed insight, it can also serve as a guidebook for empowering individual spiritual growth. It is a different kind of Good News."
—Anna Jedrziewski, Retailing Insight