Praise for How The West Really Lost God

"How the West Really Lost God is clear as a bell, beautifully plotted, and the point it makes not only overturns conventional wisdom but strikes far deeper into reality than any rival argument in the field."
—Michael Novak, author of The Myth of Romantic Love, No One Sees God, Belief and Unbelief

"In How the West Really Lost God, Mary Eberstadt paints a provocative and powerful portrait of the familial roots of contemporary secularization in the West. Recent declines in church attendance throughout Europe and the Americas have been driven in large part by declining rates of marriage and childbearing among their citizens. Apparently, when men and women cease to find their way to the altar and the maternity ward, they are less likely to look heavenwards. As Eberstadt notes, the decline of faith and family have gone hand in hand throughout the West.

"You cannot understand the real philosophical problems of the West—which have been mounting for 40 years—without reading Mary Eberstadt's new book How the West Really Lost God."
—Jonathan V. Last, author of What to Expect When No One's Expecting: America's Coming Demographic Disaster

"This spells trouble for the men and women of the West, insofar as the one other institution besides family and religion that now supports them from cradle to grave is the welfare state. But, from Greece to the United States, the welfare state is running out of money. Eberstadt speculates that the demographic and financial collapse may well spur a revival of the fortunes of faith and family as people come to realize they cannot rely on the state. Only time will tell."
—W. Bradford Wilcox, director of National Marriage Project, University of Virginia

"Mary Eberstadt is one of the most acute and creative social observers of our time. She is not afraid to challenge received wisdom and her insights are always well worth pondering."
—Franci Fukuyama, author of The End of History and the Last Man

"Mary Eberstadt's account of the connection between religion and family, showing that the two institutions rise and fall together, is finely written, impressively argued, and entirely persuasive. This book tells us much about the condition of Western societies today and reminds us that the atheists and the Nietzscheans owe their influence less to the truth of their views than to the loneliness to which they appeal."
—Roger Scruton, author of The West and the Rest: Globalisation and the Terrorist Threat

"An absolutely brilliant and strikingly fresh portrait of the 'double-helix' of faith and family, coupled with a potentially game-changing analysis of the why and how of secularization, all written with the sparkle and empathy that characterize the work of one of America's premier social analysts.
—George Weigel, Distinguished Senior Fellow, Ethics and Public Policy Center, Washington, D.C.

"Mary Eberstadt's account of the synergistic relationship between the fracturing of the family and declining religiosity is both chilling and utterly convincing. No theorist of secularization has come close to Eberstadt in sociological insight or explanatory power."
—Mary Ann Glendon, author of The Forum and the Tower: How Scholars and Politicians Have Imagined the World from Plato to Eleanor Roosevelt

"A brilliant contribution to the really big question about the future of the West, and a pleasure to read."
—Rodney Stark, author of The Rise of Christianity

"How are church and synagogue attendance related to the marriage crisis, if at all? AEI Scholar Mary Eberstadt's compelling new book, How the West Really Lost God, argues that family breakdown has led to loss of religious practice. If she is right, the old 1950s Ad Council slogan is true, after all: 'The family that prays together, stays together.'"

"Eberstadt's bold conjecture is that we learn faith from family life, and when we abandon family, we are likely to lose our religion as well. People of faith are her target audience, but her review of demographic literature is so comprehensive and instructive that nonreligious readers will benefit from it as a work of reference." 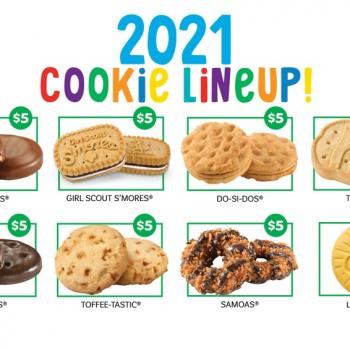 In Which I Throw the Book at Them
Thumper Forge
Get Patheos Newsletters
Get the latest from Patheos by signing up for our newsletters. Try our 3 most popular, or select from our huge collection of unique and thought-provoking newsletters.
From time to time you will also receive Special Offers from our partners that help us make this content free for you. You can opt out of these offers at any time.
see our full list of newsletters
Editor's picks See all columnists