Mary Paterson was forty years old when her father died. She had lost her mother years before and felt suddenly destabilized and adrift by the loss of both parents. Paterson's response to this life crisis was to embark on a pilgrimage to Plum Village, the retreat of Nobel Prize-nominated Buddhist monk, Thich Nhat Hanh. For six weeks she lived alongside the Sisters and Brothers of Plum Village in their Buddhist community in the French countryside.

The Monks and Me is a wonderfully frank and funny chronicle of Paterson's 40-day stay at Plum Village, where she forced herself to rise for 4:30 a.m. morning meditations, ate with the nuns in silence, and learned patience from skinning a bowl of nuts, acceptance from a man who stole her headphones, and how to surrender from dragging around an over-stuffed suitcase. Paterson's journey is lyrical and witty as she communes with pilgrims from all over the world, and listens intently to a wise eighty-four year-old monk talk about how to navigate the stormy ocean of life by learning how to take refuge in oneself. 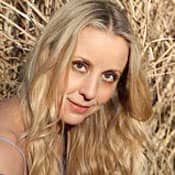 Mary Paterson is the Founder and Director of Toronto's Lotus Yoga Centre, a mecca for yoga and meditation instruction that has been operating since 2000. For fifteen years, she has studied and taught internationally in India, England, France, Mexico, Costa Rica, and the U.S. (New York and New Mexico). Visit her at: www.lotusyogacentre.com