Jesus and the Demise of Death: Read An Excerpt

Scripture, the Soul of Eschatology?

How can theologians claim to know so much about resurrection and eternal life? At the 2008 Synod of Bishops, devoted to the topic of Sacred Scripture, Pope Benedict XVI stated that "where exegesis is

not theology, Scripture cannot be the soul of theology, and conversely, where theology is not essentially the interpretation of the Church's Scripture, such a theology no longer has a foundation."17 The status of Scripture as the "soul of theology" is affirmed by the Second Vatican Council's Dogmatic Constitution on Divine Revelation, Dei Verbum (§24), and is also underscored by Benedict XVI's recent Apostolic Exhortation Verbum Domini. Indeed, in Verbum Domini he urges, "It is my hope that, in fidelity to the teaching of the Second Vatican Council, the study of sacred Scripture, read within the communion of the universal Church, will truly be the soul of theological studies."18

But has this been the case for traditional Christian eschatology? Consider, for example, the events that followed upon Jesus' death. According to the Apostles' Creed, Jesus Christ "descended into hell."19 The Catechism of the Catholic interprets Jesus' descent into hell in the following manner: "In his human soul united to his divine person, the dead Christ went down to the realm of the dead. He opened heaven's gates for the just who had gone before him" (§637). How does the Catechism know this? In accord with its rightful emphasis on doctrinal continuity, the Catechism here cites the Roman Catechism published in the wake of the Council of Trent. But does Scripture, as the "soul of theological studies," suggest any grounds for the interpretation of the Apostles' Creed that is offered by the two Catechisms?20 It might seem that a more biblically rooted theology would move away from the claim that the dead Christ "opened heaven's gates for the just who had gone before him."

scholarship. Even if so, the question is what theologians can contribute to the discussion.

In accord with John 20:17 and especially Acts 1:9, the Apostles' Creed confesses that after his resurrection Jesus "ascended into heaven." Numerous biblical texts depict the ascended Jesus sitting at the right hand of the Father. With regard to the meaning of Jesus' ascension to the right hand of the Father, the Catechism quotes three texts from the Letter to the Hebrews, along with a passage from John Damascene. Damascene rules out the notion of a bodily God, but many biblical scholars today consider that Psalm 110:1--"The Lord says to my lord: 'Sit at my right hand, till I make your enemies your footstool'"--envisions a bodily God. Does the image make sense only within that framework? If the right hand of God is a strictly metaphorical description, then where is Jesus' risen body and why is he there?

Questions such as this one may seem to miss the point of the ascension. The angels sternly correct the witnesses of the ascension, "Men of Galilee, why do you stand looking into heaven? This Jesus, who was taken up from you into heaven, will come in the same way as you saw him go into heaven" (Acts 1:11). Since Jesus will come again in eschatological glory, the community of believers cannot simply stand around wondering where he is. The community receives the Holy Spirit on the day of Pentecost, so as to be found holy and blameless on the eschatological Day of the Lord. It might seem that theological questions about Jesus' ascension to the right hand of God have not been helpful for sustaining the eschatological focus of the Christian community. Has Christian eschatology thereby been cut off at its roots?

Two further theological developments can appear to make this concern more plausible: the doctrine of merit and the doctrine of the spiritual soul. The Council of Trent is well known for its insistence that Christian believers, thanks to the indwelling Holy Spirit, do indeed merit the reward of eternal life. The Catechism of the Catholic Churchexplains, "Filial adoption, in making us partakers by grace in the divine nature, can bestow true merit on us as a result of God's gratuitous justice" (§2009). Even though we cannot merit justifying grace, we do merit "the graces needed for our sanctification, for the increase of grace and charity, and for the attainment of eternal life" (§2010). In its discussion of merit, the Catechism alludes once to Romans 8, without citing it, but otherwise the Catechism's sources are the Roman Missal, Augustine, 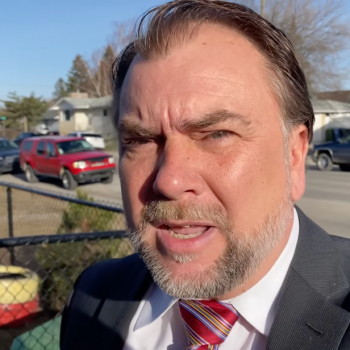 Resurrection #22: Did Judas Repent Or Not?
Dave Armstrong
Get Patheos Newsletters
Get the latest from Patheos by signing up for our newsletters. Try our 3 most popular, or select from our huge collection of unique and thought-provoking newsletters.
From time to time you will also receive Special Offers from our partners that help us make this content free for you. You can opt out of these offers at any time.
see our full list of newsletters
Editor's picks See all columnists