From Night to Light

Experiencing the Nativity Within takes its inspiration from the Christmas Eve service created by Reverend Karyn Bradley in 1998. As each part of the Christmas story was read from the Bible, the choir performed a related Christmas carol. I liked the idea so much I created a personal playlist and burned it onto a CD. I was able to experience Christmas whenever I wanted and it inspired me to study the realities of daily life from the point of view of a first century Jew, like Mary. I read everything I could get my hands on to explain the symbolism and mystery of the Nativity. This style of service became the tradition for Christmas services in my church and continued even after Rev. Karyn moved to another congregation. Twenty years later, I'm updating my playlist and sharing my historical findings with you.

These songs, when played in order, don’t just tell the story of the nativity. They represent the emotional stages of spiritual transformation, which is the foundation for Experiencing the Nativity Within. There are many pieces to the puzzle of the Nativity. How they fit together will be up to you. Some will be close to your heart. Others will be just intellectual understanding that adds flavor to the story. What cannot be denied is that this is a spiritual system, or path of transformation, that has been all but forgotten in Christian theology. The playlist is designed to take the listener on a musical journey through the mystery of divine birth. In essence, they are “The Stations of the Nativity.” Like the Stations of the Cross, or walking the Via Dolorosa in Jerusalem, these songs are able to provide a deep, emotional experience that will transform the spirit.

When we survey the teachings and practices of the various religions around the world, we find that there were two distinct transformational paths in antiquity. This spiritual path comes from the agricultural belief system, where the seed of God falls down from heaven. It then flows down into the flower where it develops into fruit. Giving birth to the divine child was associated with what science today calls pollination. Notice that at no time is the base of the flower violated. The process of bearing fruit does not require the act of sex in the classical way. So, it could be said that flowers conceive without sin.

Mystical transformation is universal. The path of giving birth to the divine within was known to bring Peace to the creative mind and the emotionally compelled personality. Here are just a few of its many names. In ancient Egypt, this path was recorded as the Trials of Isis. It became so popular that Cleopatra validated her rule as pharaoh with a huge relief of herself and Caesarion, her son by Julius Caesar. Roman society referred to this path as The Virgin Path as celebrated by the Vestal Virgins, who wore white wedding dresses from the moment they were invested. The mysteries performed at Eleusis during the ancient Greco-Roman era, are based on this spiritual path. We will come to understand why the ancient Greeks and Romans made virgins walk down a dark set of stairs with a basket on their heads filled with wine and representations of swords, snakes, and phalluses. Taoism calls it The Way. The Buddhist and Taoist traditions share a scripture called, “The Secret of the Golden Flower.” It is an alchemic description of the growth and development of the divine child within. In the renaissance, this path was available only to accomplished knights and was known as “Seeking the Grail” or The Grail Path. Just as math, science, and philosophy must thank the Islamic culture for saving the works of Plato, Pythagoras, and Aristotle, we must thank the eastern religions of Taoism and Buddhism for protecting the knowledge of developing the Divine Child Within.

Each religion recognizes the divine light that comes down from above in different ways. In Christian theology, this light is commonly referred to as Mercy or Grace. It falls down from Father God who resides in the heavens. Other symbols that represent the Light of Grace are: Water, Rain, Snow, A River or Waterfall, Light, Starlight, Lightning, Bread, Manna, Milk, A White Rose, and, most notably for this tradition of spiritual transformation, the Semen of Father God.

This path begins in darkness and is complete when the entire being is filled with light. That is why the Christian Christmas Eve service is usually celebrated in the evening or at midnight on one of the darkest days of the year. It was the tradition in my church to give a candle to each person as they entered the darkened sanctuary. The end of the ceremony involved the minister lighting a candle from the central candle located on the alter. That light was spread by the ushers and from person to person through the congregation. Once all the candles were lit, the sanctuary exploded with glowing light. Just watching the sanctuary light up every Christmas Eve was spiritually moving. 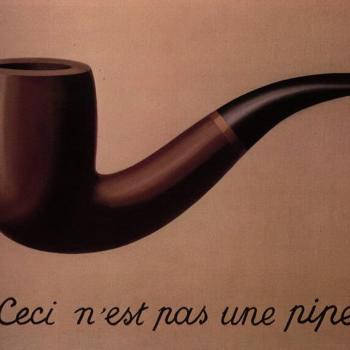 UNenlightenment is Being Certain of your Subjectivity
Eric Scot English
2 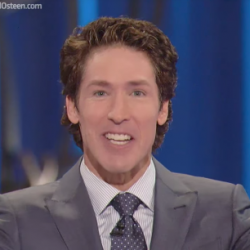 On Not Making a Religion of Politics
Roger E. Olson
4 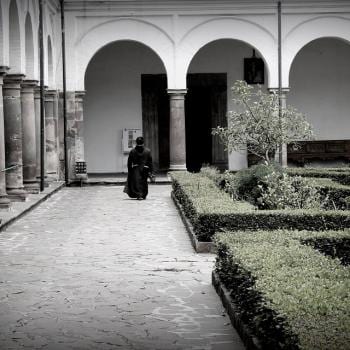 We Must Not Be Traffickers Of Glory
Henry Karlson
Get Patheos Newsletters
Get the latest from Patheos by signing up for our newsletters. Try our 3 most popular, or select from our huge collection of unique and thought-provoking newsletters.
From time to time you will also receive Special Offers from our partners that help us make this content free for you. You can opt out of these offers at any time.
see our full list of newsletters
Editor's picks See all columnists