A More Meaningful Understanding of Media: An Article by Nathan Roberts

"Dishonest media!" This has become, over the last few days, the prized quip of Everyone's Favorite Presidential Candidate, one Donald J.––eh, his brand gets enough media attention as it is. Let's call him Mr. Rump.

Mr. Rump loves to taunt and defy "the media." It's a pretty preposterous hatred to harbor, considering the fact that Mr. Rump is mass media superstar. "The Media" has been regularly blamed for Mr. Rump's liftoff into the political stratosphere; it has, pundits say, rocketed him even higher than his own shiny, shimmering, Las Vegas skyscraper. His ascendance has been blamed on "Social Media," too, although his Tweets often seem more antisocial than anything else.

Not that his political opponent has kept out of the fray: "Delete your account," she commanded last month. In our modern mediascape, in which our wired selves really seem to be our essential selves, her command readily translates: "Kill yourself." Or: "Kill an essential part of yourself," at least. Kill the part that seems to matter most. Sever the links that you so crave, Mass Media Mogul––the sort of link that we all, if we're honest, crave as well.

Am I alone in feeling that the more people like Mr. Rump throw around the term "media,' the less we understand it? "Media" seems to refer to everything and nothing at once. What does the artistic medium of acrylic paint have to do with Pokémon GO? What do Salem's psychic "Mediums" have to do with Tinder? What does Moby Dick have to do with Kim Kardashian?

A couple years ago, I decided to write a bildungsroman-type memoir about growing up in our media-saturated world. I made this decision after trudging through oh-so-many oh-so-strident pro- and anti- Internet/television/social media/videogame/what-have-you "Think Pieces." But I came across so few stories about personal life lived inside the worlds of Facebook, Twitter, Tumblr, Snapchat––and I felt like those stories would really bring meat of the matter. They seemed like fitting stories for a Millennial to tell. Very quickly, however, I realized that I needed to do a little bit of conceptual cleanup on Aisle 12: to decide what I really meant when I talked about media––what, even more importantly, we should think about when we think about media.

On one hand, it does seem somewhat appropriate to talk about what Mr. Rump calls the "Dishonest Media!": television, radio, newspaper, magazines, mostly, in their on- and offline incarnations. After all, Mr. Rump's ascendance has dolefully proven that, as far as influence is concerned, massive corporate publications are far from out of commission.

But just as it seems like an overstatement to say that the "Dishonest Media!" simply caused Mr. Rump's ascendance, so it seems like an exaggeration to suggest that "The Media" is some sort of ruthless, overbearing deity forcing half-truths and lies, "Experts" and Oprah, into our hopelessly vulnerable minds. When I think about times when I felt like The Media was some sort of overarching, oppressive force, I can't get past childhood: when I felt trapped and bored by simplistic Bible stories in Sunday School; when shows like Fraggle Rock and Chitty Chitty Bang Bang gave me nightmares, sucking any semblance of free will away from my feeble mind-in-the-making.

To say that the media still does this, in other words, is to make babies out of us. We have more self-determination than that.

On the other hand, the tales we tell about social media seem similarly limited. Social media mavens like Mark Zuckerberg have the brilliant intuition that media can and should be interpersonal, but they act as propagandists for interfaces that can seem both magically connective and frustratingly pre-made, commodified, and limited (Zuckerberg's "authentic" emoticon responses read like the last lines of Mr. Rumps tweets: "Like! Haha! Wow! Love! Angry! Sad!"). It can feel like Mr. Zuckerberg has taken the very word "connect" and ripped it of its crackling power.

The Atheist Worldview: Is Life Without God Bleak?
Bob Seidensticker
2 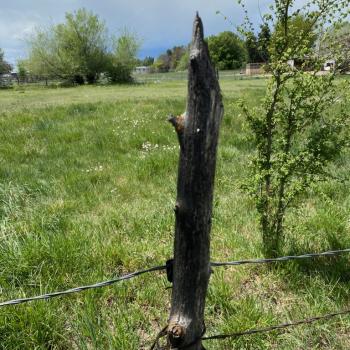 Do You Have Any Scars?
Brad Wilcox
3 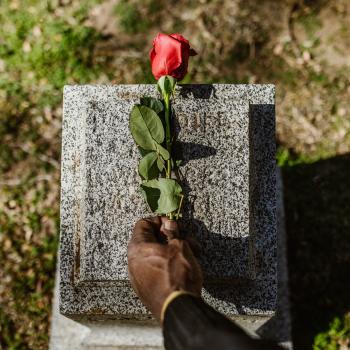 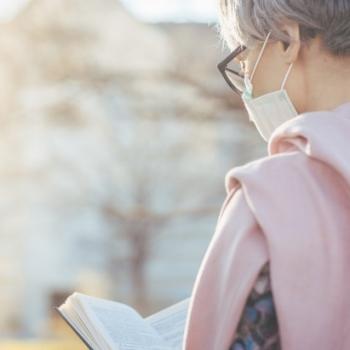 Don’t Stop Having Outdoor Church Post-Pandemic
Chris Williams
Get Patheos Newsletters
Get the latest from Patheos by signing up for our newsletters. Try our 3 most popular, or select from our huge collection of unique and thought-provoking newsletters.
From time to time you will also receive Special Offers from our partners that help us make this content free for you. You can opt out of these offers at any time.
see our full list of newsletters
Editor's picks See all columnists