Are We Really Free? More About A Free People's Suicide

"If destruction be our lot, we must ourselves be its author and finisher. As a nation of freemen, we must live through all time, or die by suicide."
—Abraham Lincoln

Nothing is more daring in the American experiment than the founders' belief that the American republic could remain free forever. But how was this to be done, and are Americans doing it today?

It is not enough for freedom to be won. It must also be sustained. Cultural observer Os Guinness argues that the American experiment in freedom is at risk. Summoning historical evidence on how democracies evolve, Guinness shows that contemporary views of freedom—most typically, a negative freedom from constraint—are unsustainable because they undermine the conditions necessary for freedom to thrive. He calls us to reconsider the audacity of sustainable freedom and what it would take to restore it.

"In the end," Guinness writes, "the ultimate threat to the American republic will be Americans. The problem is not wolves at the door but termites in the floor." The future of the republic depends on whether Americans will rise to the challenge of living up to America's unfulfilled potential for freedom, both for itself and for the world.

1. What Kind of People Do You Think You Are?
2. Always Free, Free Always
3. Using History to Defy History
4. The Golden Triangle of Liberty
5. The Completest Revolution of All
6. An Empire Worthy of Free People
7. The Eagle and the Sun
Notes 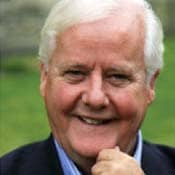 About the Author
Os Guinness (D.Phil., Oxford) is the author or editor of more than twenty-five books, including The American Hour, Time for Truth andThe Case for Civility. A frequent speaker and prominent social critic, he was the founder of the Trinity Forum and has been a visiting fellow at the Brookings Institution and a guest scholar at the Woodrow Wilson Center for International Studies. He lives near Washington, D.C.