Now Featured in the Patheos Book Club
Inspiration and Incarnation, Second Edition
Evangelicals and the Problem of the Old Testament
By Peter Enns

How can an evangelical view of Scripture be reconciled with modern biblical scholarship? In this book Peter Enns, an expert in biblical interpretation, addresses Old Testament phenomena that challenge traditional evangelical perspectives on Scripture. He then suggests a way forward, proposing an incarnational model of biblical inspiration that takes seriously both the divine and the human aspects of Scripture. This tenth anniversary edition has an updated bibliography and includes a substantive postscript that reflects on the reception of the first edition.

Peter Enns (PhD, Harvard University) is the Abram S. Clemens Professor of Biblical Studies at Eastern University in St. Davids, Pennsylvania. He was formerly senior fellow of biblical studies for The BioLogos Foundation, an organization that explores the integration of science and Christian faith, where he wrote a regular column for their Science and the Sacred blog. He has taught at several schools, including Princeton Theological Seminary, Fuller Theological Seminary, Temple University, and Westminster Theological Seminary. Enns has authored or edited numerous books, including The Bible Tells Me So and The Evolution of Adam. 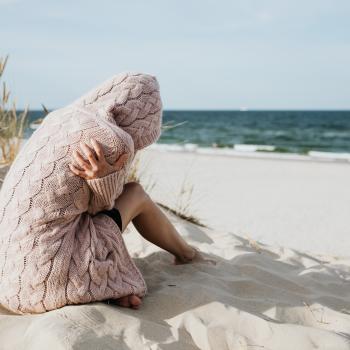 Real Stuff My Dad Says - The Underwear Rule | CPC Classics
Christian Podcast Central Christian Podcast Central
Get Patheos Newsletters
Get the latest from Patheos by signing up for our newsletters. Try our 3 most popular, or select from our huge collection of unique and thought-provoking newsletters.
From time to time you will also receive Special Offers from our partners that help us make this content free for you. You can opt out of these offers at any time.
see our full list of newsletters